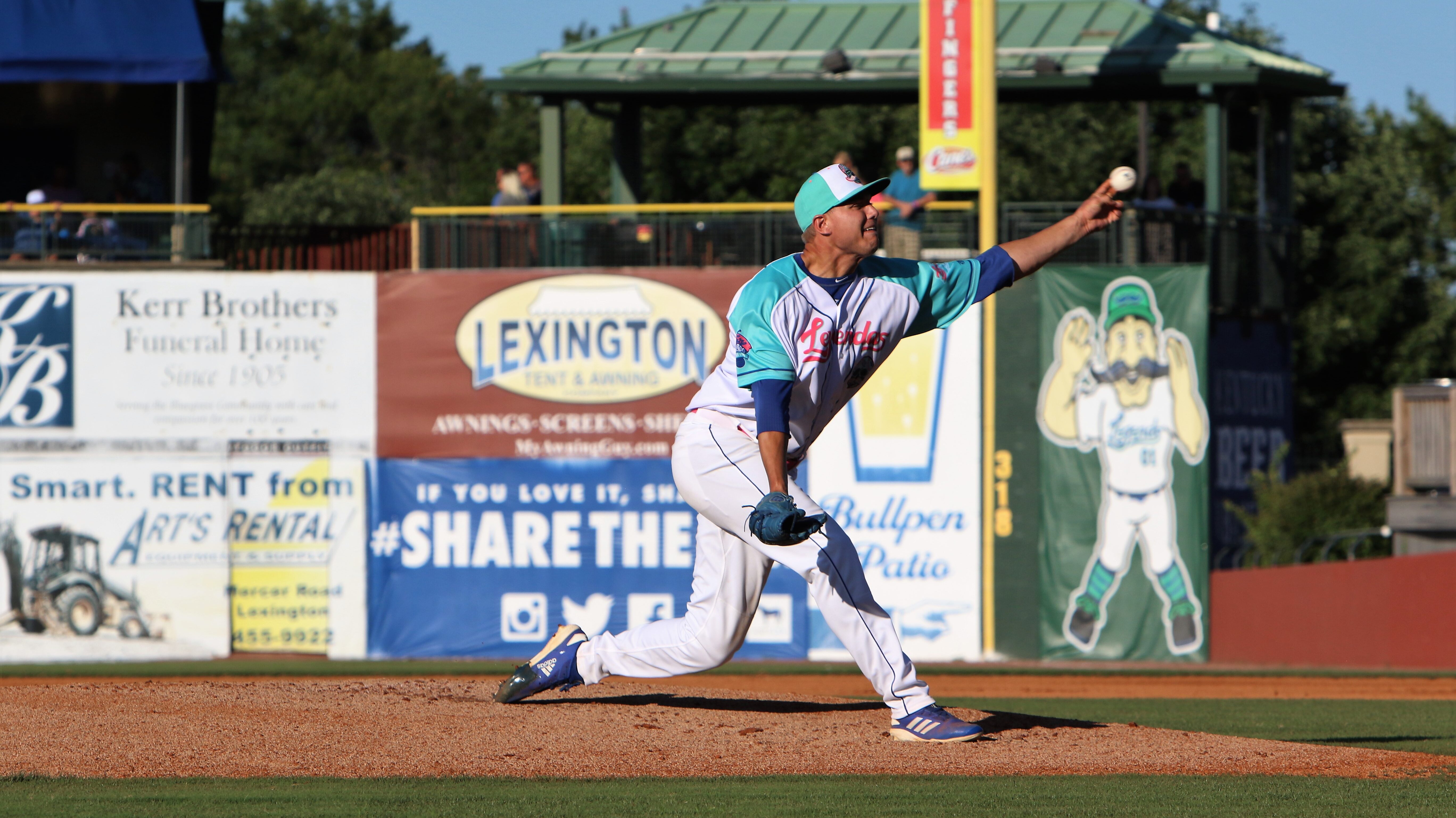 The Lexington Legends took the first game of the series over the Greenville Drive, 5-4. Lexington’s starter, Evan Steele recorded a career high 10 strikeouts through 5.0 innings of work for the Legends. Lexington now improves to 46-44 on the season while Greenville drops to 41-51.

In the bottom of the first inning, Nate Eaton led off with a single to left field then moved to second when John Rave also recorded a hit off of Greenville’s starter, Kevin Biondic. Chris Hudgins then drove home Eaton and the Legends were on the board, 1-0.

Greenville answered in the top of the second inning. Kole Cottam singled to left field then scored on an RBI double by Everlouis Lozada and the game was tied, 1-1.

In the bottom of the second inning, Chase Vallot drew a leadoff walk then moved to second on a single to centerfield by Brhet Bewley. Jeison Guzman then drove the ball to right field. The right fielder, Tyler Esplin, dove over the ball allowing Bewley and Guzman to score. The Legends led 3-1 after the second inning.

The Legends extended their lead in the bottom of the fourth inning. Bewley recorded his second hit of the night with a double to left field then was joined on the base path when Jeison Guzman drew a walk. With runners at first and second, Jackson Lueck roped a two-run triple to the right field corner and Lexington continued to lead, 5-1.

Grant Williams blasted a leadoff home run in the fifth inning and the Drive continued to trail, 5-2.

In the top of the seventh inning, EverLouis Lozada lined a leadoff double to left field then advanced to third on a groundout by Williams. Cole Brannen then grounded out to the second baseman, Bewley, allowing Lozada to score and the Drive trailed, 5-3.

Greenville pulled within one run in the top of the eighth inning. Tyler Dearden smashed a solo homer to right field and the Legends were able to hold onto the 5-4 victory.

The Legends and Drive face off again tomorrow night, July 13 at 6:35pm. RHP Charlie Neuweiler will be on the bump for Lexington and Greenville will send RHP Brayan Bello.