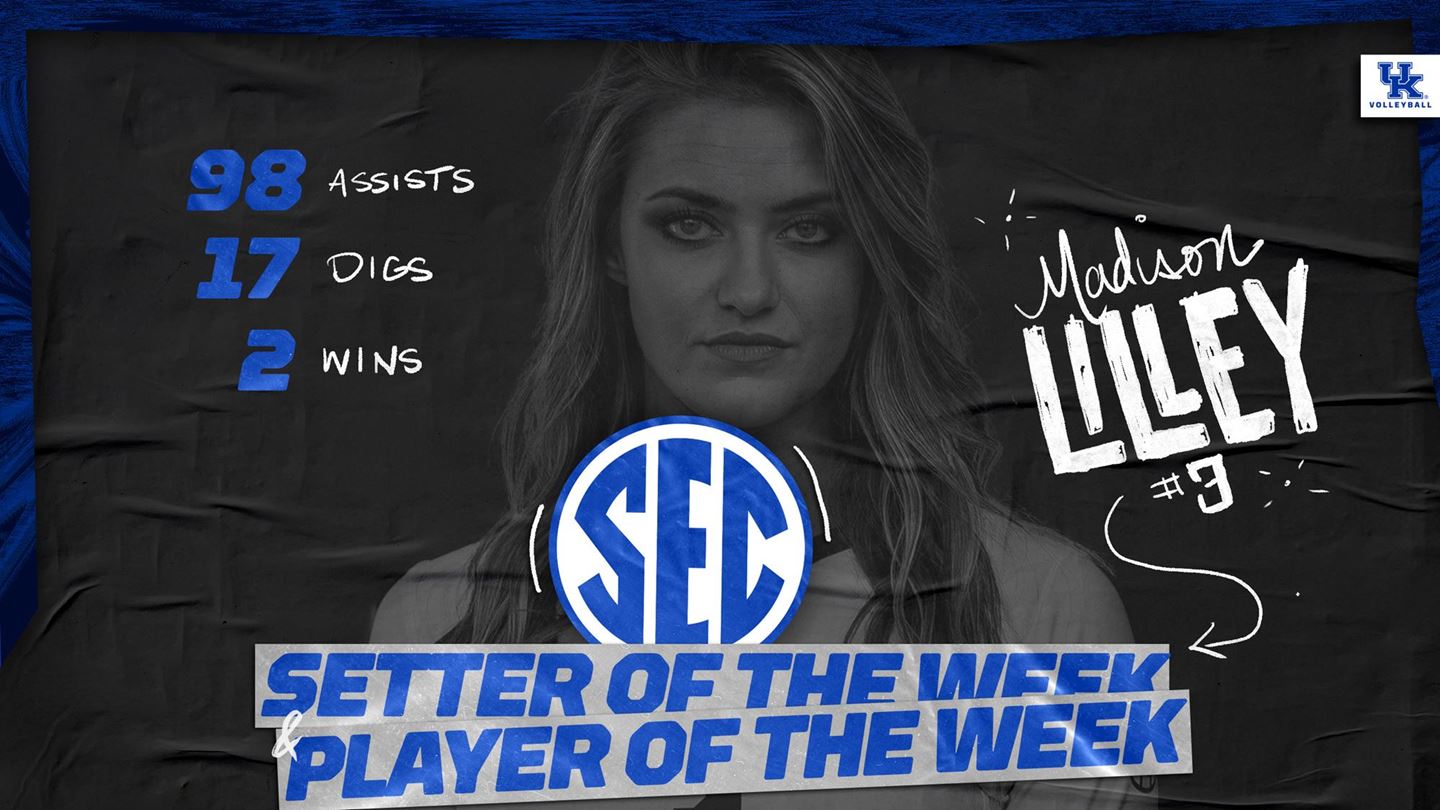 Senior setter Madison Lilley recorded a double-double on Thursday night with 47 assists and 11 digs in the match to help secure a sweep of No. 9 Missouri for Kentucky. Lilley had a season-high 51 assists on Wednesday night in UK’s 3-1 win to go alongside six digs and a pair of blocks. Lilley pushed Kentucky’s high-powered offense to .331 hitting against Missouri as the Wildcats outhit the Tigers in both matches this week, including a .358 performance on Wednesday night. Lilley also tallied an ace in each match.

Alli Stumler led all Kentucky players by averaging 5.38 kills per set in the Wildcats sweep at No. 9 Mizzou this week. Stumler recorded 21 kills on Wednesday night, and a match-high and season-high 22 kills on Thursday night as the Wildcats hit .305 on the week. Stumler tallied a double-double on Wednesday night, coupling 13 digs with her 21 kills and hit .390 that night. The junior took 95 swings over the series with a .331 average for the week.

Senior libero Gabby Curry shined in UK’s sweep at Missouri, registering double-digit digs in both matches against the Tigers. Curry had 28 digs on the week, holding the high-powered Mizzou offense to .234 hitting. The Buford, Georgia native was also deadly at the service stripe in key moments of the match Wednesday night, with three aces. She is now averaging 3.53 digs per set to lead Kentucky this season.

Kentucky returns to action on Saturday and Sunday of this coming weekend vs. Auburn. Both match days will feature 4 p.m. ET starts with Saturday’s match on the SEC Network+ and Sunday’s on the SEC Network with Courtney Lyle and Missy Whittemore on the call from Memorial Coliseum.