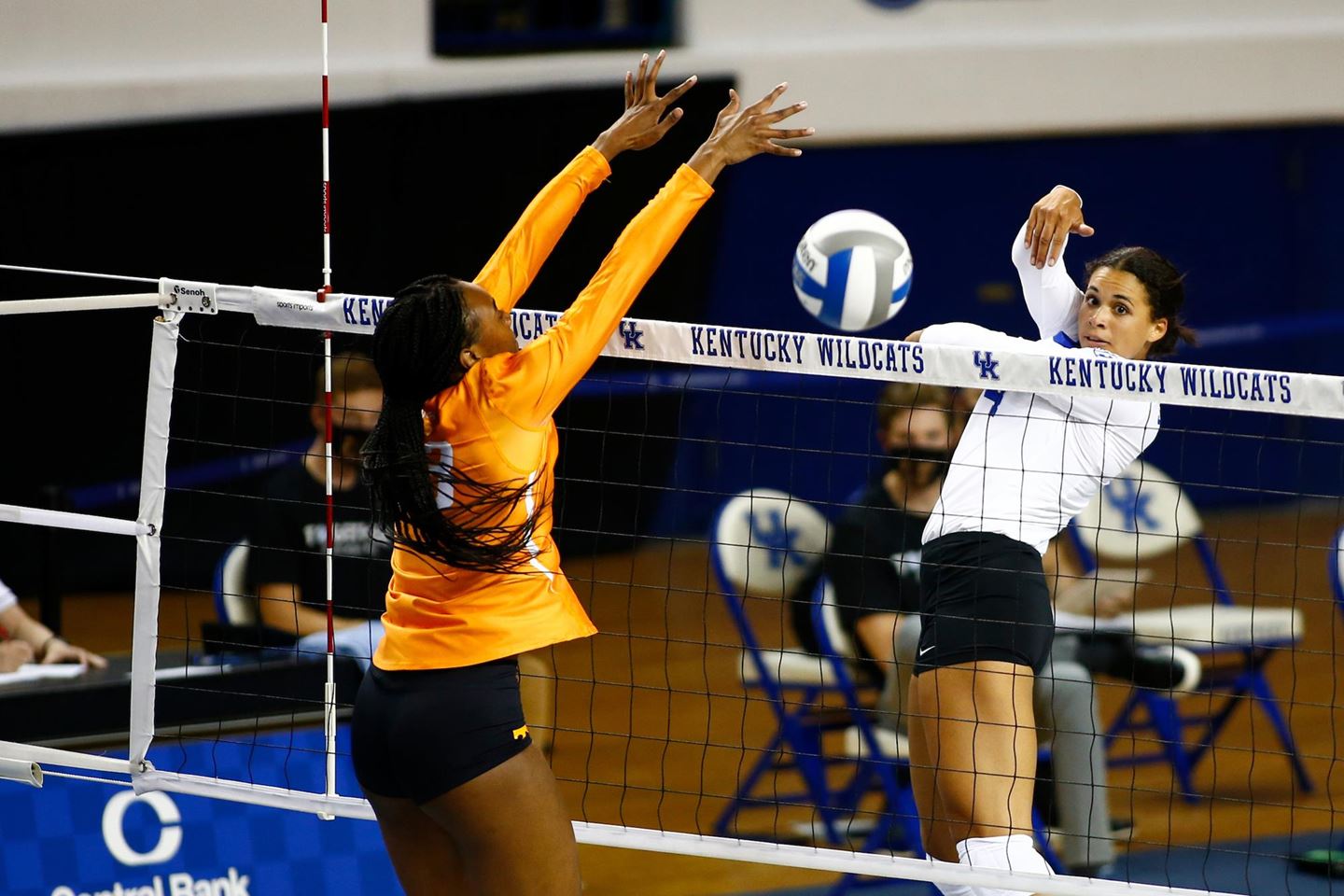 Senior setter Madison Lilley had a stellar start to the 2020-21 season, with 90 assists over the weekend as Kentucky swept Tennessee. Lilley recorded a double-double in both matches with 42 assists and 11 digs on Friday and 48 assists to go alongside 15 digs on Saturday. The Overland Park, Kansas native averaged 12.86 assists per set and got in on blocking at the net, registering a solo block and six block assists against the Lady Vols. Lilley’s great setting helped push UK’s offense to a .348 hitting percentage on the night, including a .451 mark to open the season Friday night.

Skinner led Kentucky with 4.86 kills per set and set a new career high with 21 kills in UK’s four-set win on Saturday afternoon. The senior recorded 13 kills on Friday night, and had zero attacking errors on 24 swings as she hit .542 in the match and helped UK to a .451 hitting percentage as a team in the season opener. She also tallied a quartet of digs in each of the two matches.

The third-ranked and undefeated Wildcats will have a bye this week before retuning to the court on Wednesday, Oct. 28 at 9 p.m. ET at No. 8 Missouri for the first of a two-day series with the Tigers live on ESPNU. The second match of that series will be Thursday night at 9 p.m. ET on ESPNU from Columbia.