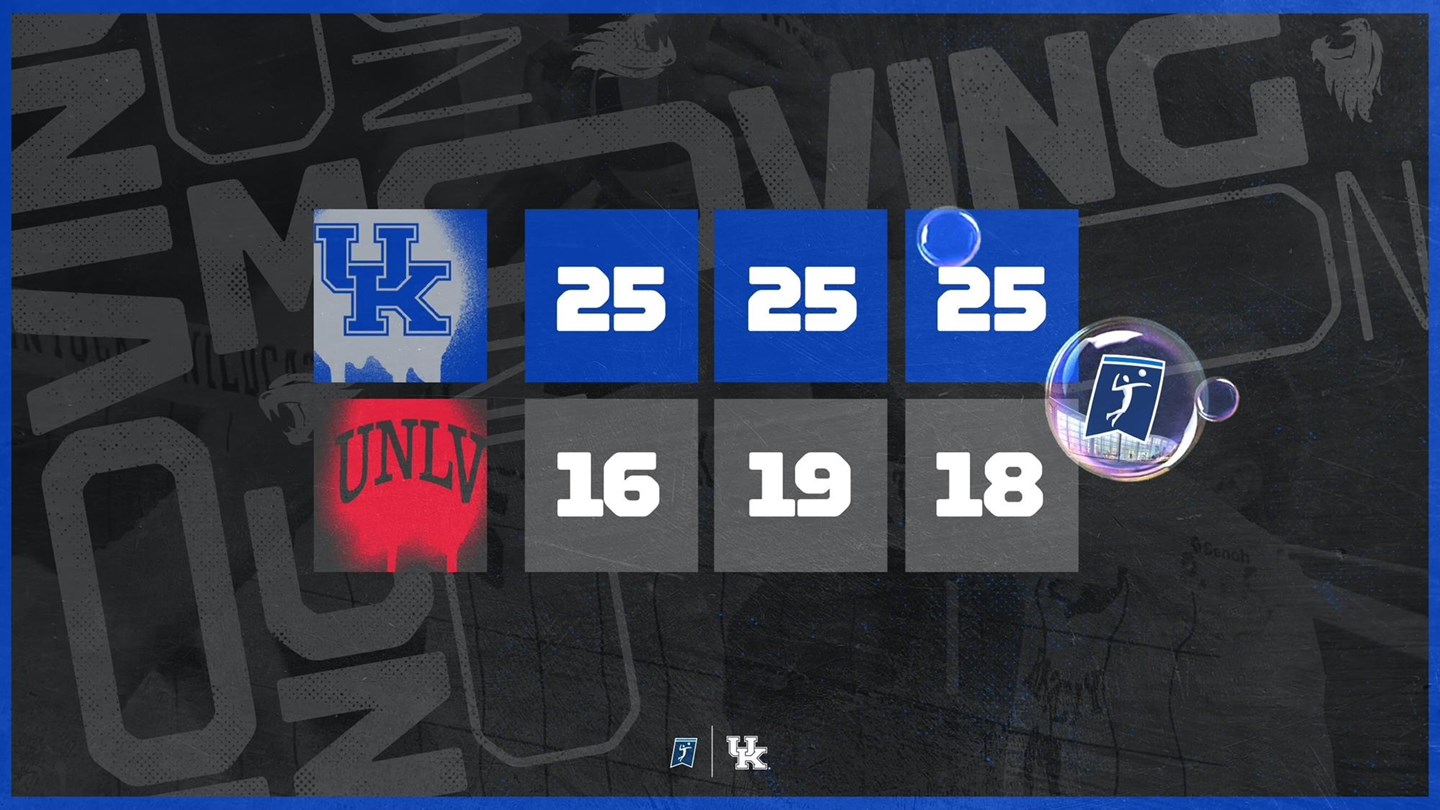 Kentucky advances to play the winner of Thursday night’s Western Kentucky vs. No. 15 Washington State game (10:30 p.m. ET, ESPN3) in the Sweet 16. The match will be on Sunday at a time that will be announced by the NCAA at a later date. All Sweet 16 matches will air on ESPN2, ESPNU or ESPN3. Those television assignments will be announced when match times are assigned.

Madison Lilley had an impressive 44 assists in the match, as she recorded the assist on all but six of UK’s kills on the night. Lilley stuffed the stat sheet, showing her prowess as the Southeastern Conference Player of the Year with a kill, two aces and three points scored Thursday.

Offensively, it was the Skinner sisters of Avery and Madi that made the wheels turn Thursday. Both Skinners had 11 kills, with Avery getting 21 swings on the night, and Madi logging her 11 kills on just 15 swings. Madi also helped out defensively with four block assists Thursday and putting her name to 13 points that went the Wildcats’ way.

Alli Stumler was the third UK player to reach double-figure scoring, as she had 10 kills on the match with eight digs and only two errors all evening. Gabby Curry, the SEC Libero of the Year, had 10 digs, the most of anyone for either team in the match.

The Sweet 16 for Kentucky is its fourth straight, and seventh under head coach Craig Skinner.

Kentucky raced out to a 3-0 lead thanks to a couple of aces followed by a kill from Madi Skinner in the earlygoing of the match. UK’s lead was stretched to as much as seven at 11-4, before UNLV made its first push of the set by winning three in a row to close the gap to four. After the media timeout came at 15-11, Kentucky won three point in a row to stretch the lead to 20-14 and UNLV burned its first timeout on a block by Avery Skinner. Madison Lilley had a putback at the net that sent the floor shaking four points later, and UNLV found itself down 23-15 and called its final timeout. Back-to-back kills by Elise Goetzinger ended the set as Kentucky hit .483 to race out to a 1-0 lead in the match.

The second set started much tighter, with the first 22 point played in a three-point window and no team garnering more than a two-point lead. Kentucky made a run thanks to a Curry ace and a pair of Skinner kills from the left side to make it a 15-12 UK lead at the media break. Just seven points later, Lilley connected with Goetzinger for her fifth kill of the match and Kentucky took a 19-15 lead, prompting a timeout by the Rebels. Kentucky closed out the set thanks to Azhani Tealer’s fifth kill of the match from the right side and UK took a 2-0 lead in the match thanks to a 25-19 second-set win. UK hit .417 in the set with 14 kills on 24 swings and just a handful of errors. The Skinner sisters led all scorers with eight kills for Avery and seven for Madi after the two sets.

Kentucky won an early challenge in the third set on a ball that was replayed and determined to hit the floor to give Kentucky a 6-3 lead in the third set. A kill from the middle by Goetzinger pushed the Rebels into a timeout as the Wildcats won three points in a row ahead of the schedule media timeout and led UNLV, 16-10. A booming Azhani Tealer kill pushed the Kentucky lead to 18-10, and UNLV called its final timeout. Kentucky got a kill from Alli Stumler, her 10th of the match, to close things out as the third set went UK’s way thanks to a 25-18 decision.