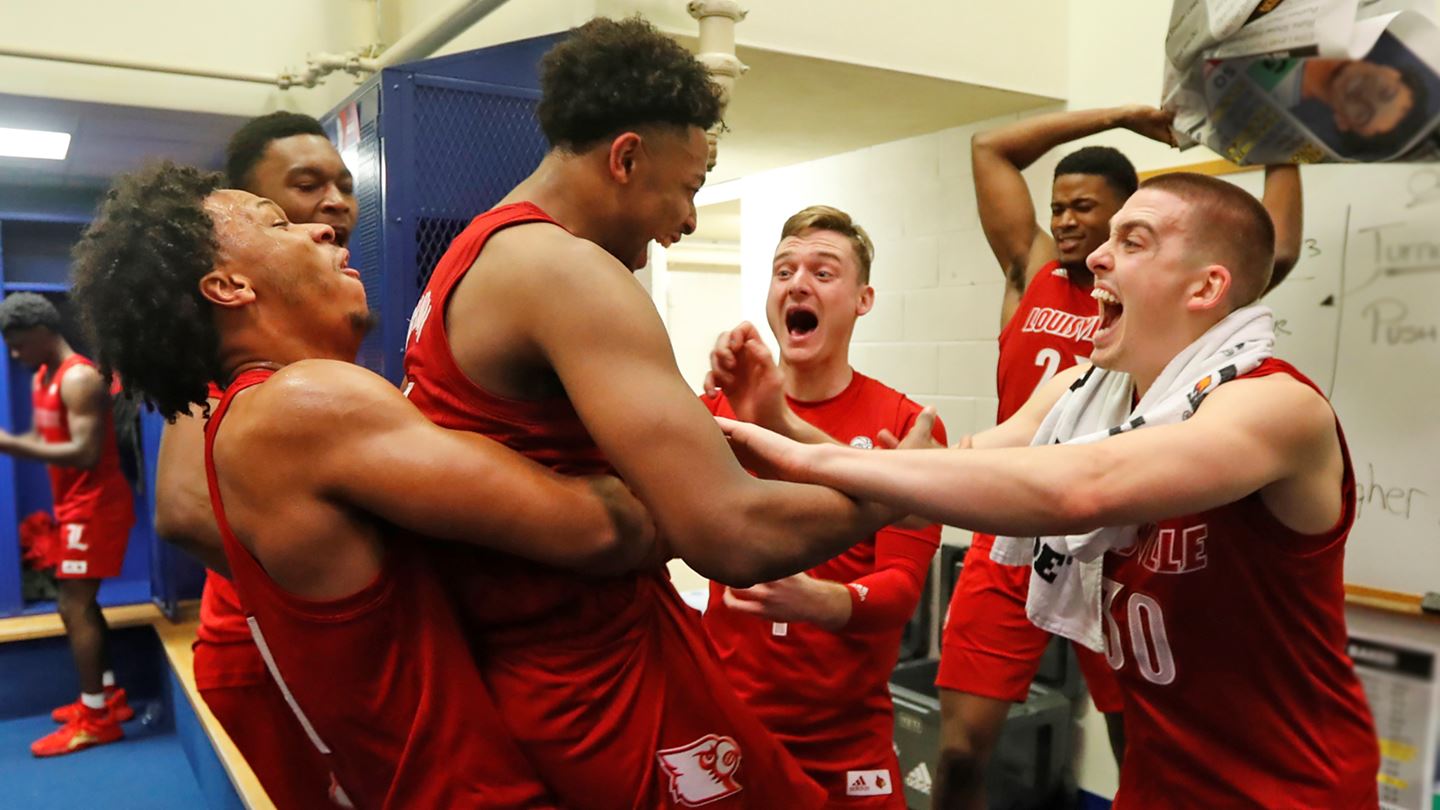 CARDS celebrate after win at Duke - photo by Louisville Athletics

KANSAS CITY, Mo. – The University of Louisville men’s basketball team has been selected as the National Association of Basketball Coaches NCAA Division I Team of the Week for games played Jan. 13-19.

The Cardinals earned a pair of road victories over the last week to pull into a tie for first place atop the ACC standings with Florida State.  On Tuesday, the Cardinals overcame a halftime deficit to defeat Pitt 73-68 in overtime.  Then on Saturday, Louisville traveled to Duke and earned its first win at Cameron Indoor Stadium since 1983.  The Cardinals have started with at least a 15-3 overall record through 18 games for the seventh time in the last 10 years.

Louisville completed a successful three-game road stretch, marking its first eight-day road stretch with a 3-0 road record since Jan. 10-17, 1999. The Cardinals have started with a 6-1 ACC record for the third time in its six years in the conference.

UofL Coach Chris Mack gained his 250th career coaching victory with the Cardinals’ win at Duke.  In his 11th year overall and second at Louisville, Mack has amassed a 250-114 collegiate coaching victory, a .687 winning percentage that ranks 20th among active coaches.  Mack has guided the Cardinals to the same number of road victories over AP ranked opponents in his first two seasons (three) as all other Louisville coaches combined achieved in their first two seasons (one each by John Dromo, Rick Pitino, David Padgett).  Mack is the only visiting head men’s basketball coach to win his first game at both the Dean E. Smith Center (last season) and Cameron Indoor Stadium (this year on Jan. 18).

Louisville returns home for the first of two straight in the KFC Yum! Center as the Cardinals face the Georgia Tech Yellow Jackets on Wednesday at 7:04 p.m.  The Cardinals have won four straight, including its last three on the road.