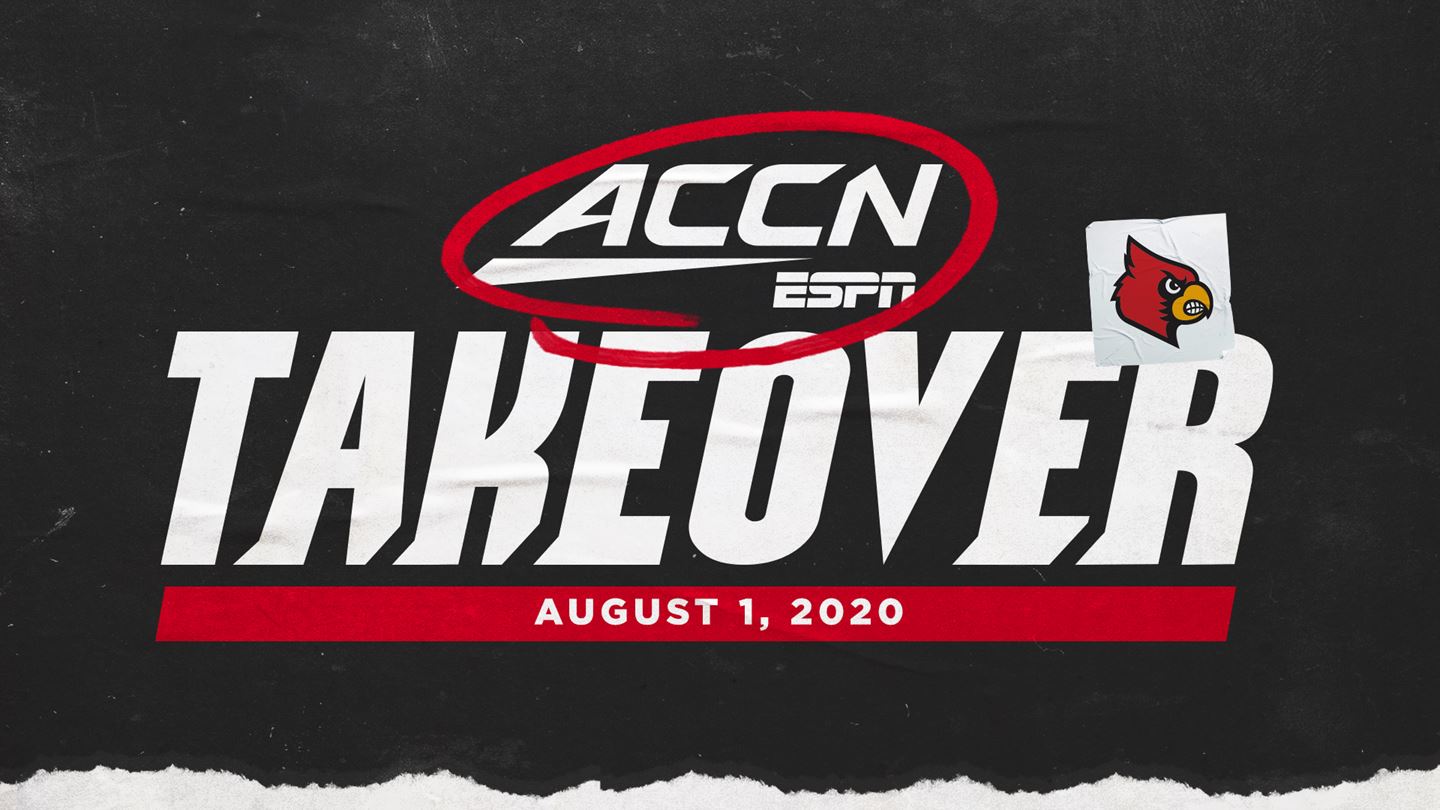 The Cardinals will have six different sports featured across 14 straight hours of programming.

The University of Louisville will take over the ACC Network on Saturday, August 1 with six contests from six different sports covering 14 straight hours of programming.

UofL’s takeover gets underway at 10 a.m. with the men’s soccer program’s double overtime thrilling victory over No. 2 Georgetown in 2019 at Dr. Mark & Cindy Lynn Stadium. Kino Ryosuke headed home the game-winning goal in the 106th minute to give the Cardinals a 1-0 win over the eventual national champions.

At noon, Louisville’s baseball program will take center stage with a replay of its 8-7 12-inning victory at No. 21 Indiana in 2019. Tyler Fitzgerald scored the go-ahead run in the 12th, while the Cardinals’ pitching staff struck out 23 in the win.

The attention turns to softball at 3 p.m. for a replay of Louisville’s 10-9 walk-off win over third-ranked Florida State at Ulmer Stadium in 2019. Rebecca Chung cleared the bases with a three-run, walk-off double in the bottom of the seventh to send the Cardinals to victory and hand FSU its first ACC series loss since 2012.

Things shift to the hardwood starting at 5 p.m. for women’s basketball’s dominant 100-67 victory over second-ranked Notre Dame at the KFC Yum! Center in 2018. Asia Durr and Myisha Hines-Allen combined to match Notre Dame’s point total as the Cardinals remained unbeaten at 19-0.

The men’s basketball program takes the court at 7 p.m. with a replay of the Cardinals’ 69-63 win over No. 1 Pitt at Freedom Hall in 2009. The victory was the third straight for UofL over a ranked opponent and handed the Panthers their first loss of the season.

The day wraps up with Louisville’s 2019 Music City Bowl win over Mississippi State beginning at 9 p.m. The Cardinals fell behind 14-0 early in the second quarter before rattling off 31 unanswered points and securing a 38-28 win for their eighth victory of the season.