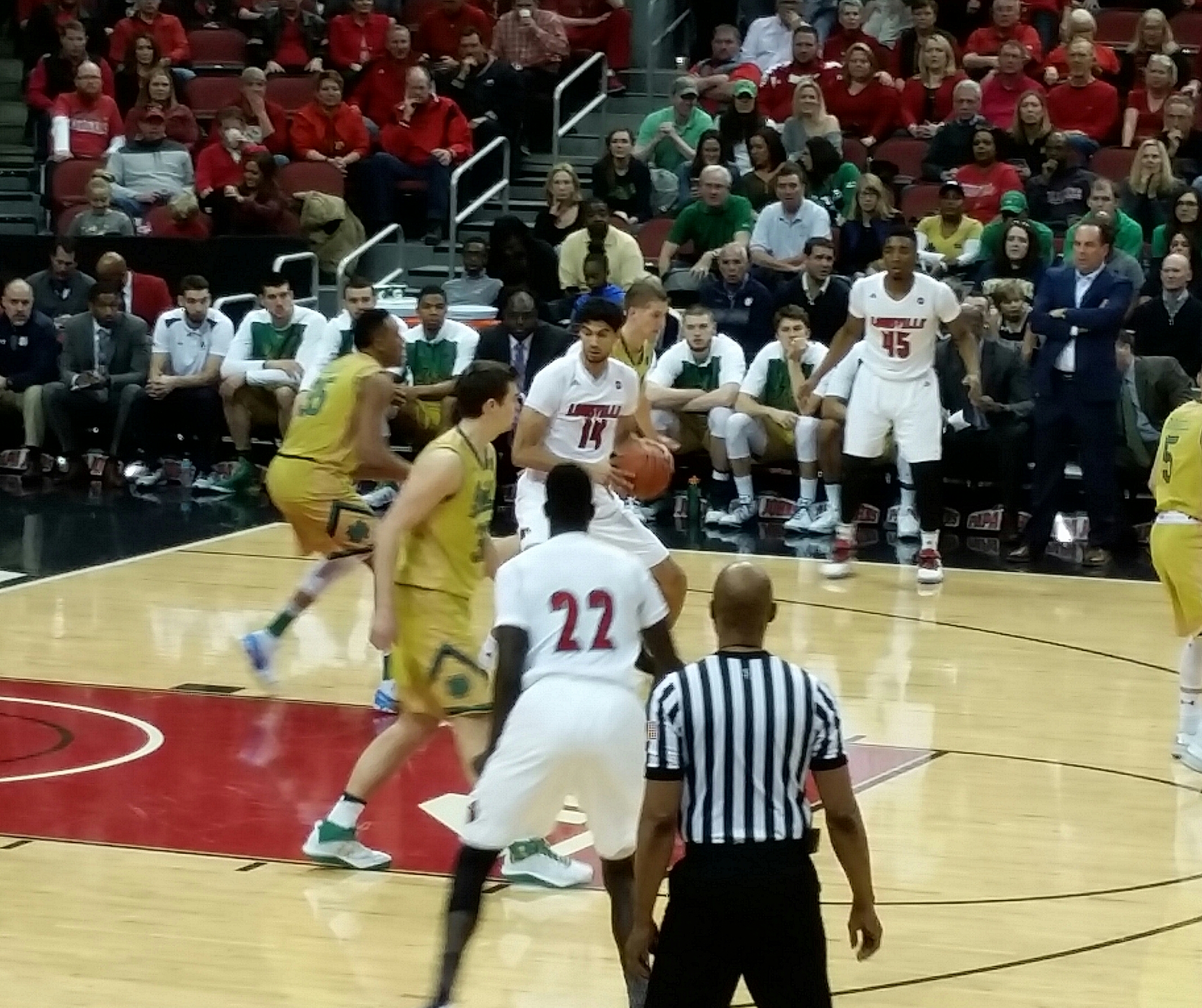 In a typical Louisville versus Notre Dame basketball game one knows they will see a back-and-forth affair with hard-nosed defense.  The possibility of overtime (nine in the series) is always a possibility.  Saturday’s game was no different, but it was Louisville who came out on top 71 – 64.

Donovan Mitchell once again led the Cardinals in scoring with 20 points, but it was senior Mangok Mathiang who was the offensive force for the Cardinals.  Mathiang finished with a career-high 18 points.  His 11 rebounds gave him his fourth career double-double.  “I was really pleased with the way Mangok talked, the way Mangok switched, said Rick Pitino.  “Mangok did things tonight and gave us a big lift.  He had 18 points and 11 rebounds, I believe.”

For all of Mitchell’s, Mathiang’s, and Snider’s great play, no one shot was bigger than Adel’s to seal the victory for the Cards.  After a Matt Farrell layup cut the Cards’ lead to 64 – 62 with 50 seconds left, Adel took a pass from Snider on the right wing and with Steve Vasturia challenging, nailed a 3-pointer with 37 seconds left.

With the win, Louisville closed out a great regular season with a 24 – 7 record.  Given one of the toughest schedules in the country, no one could have predicted this type of season including Pitino.  “I think our schedule this year has been a meat grinder, said Pitino.  “It really has been and I think it’s helped us evolve. I was hoping that it would end this way. I was really hoping.  I was hoping I didn’t bury them mentally or physically.  I didn’t expect to have this type of record, I didn’t expect to be 24-7, I was hoping to be 22-9 or 21-10, something like that with this type of schedule, but they got through it, they did a great job and it’s made us a much better basketball team because of it.”

U of L got the double bye they were hoping for in the upcoming ACC tournament.  They will open up ACC tournament play on Thursday in the Barclay’s Center in Brooklyn.