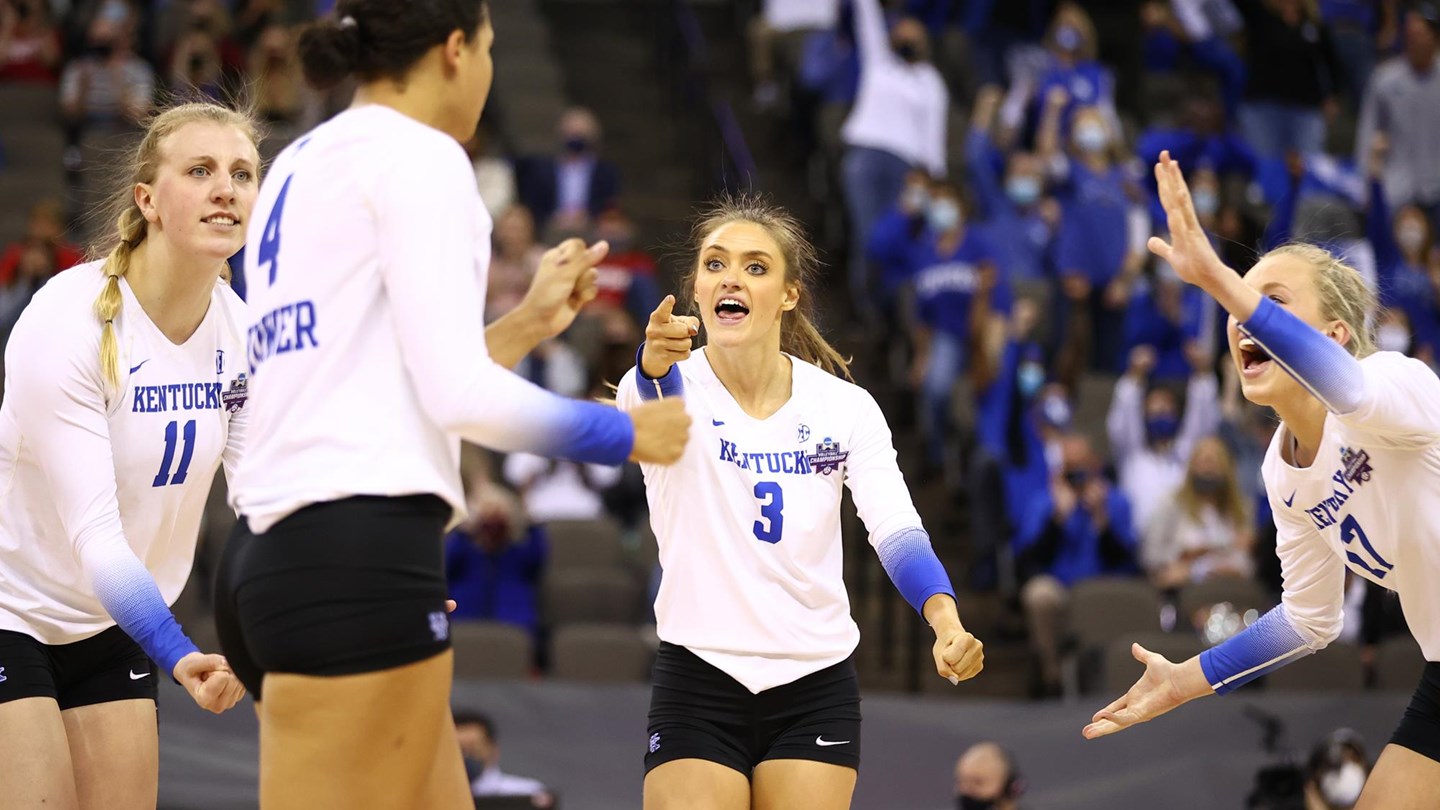 OMAHA, Neb. – Kentucky’s senior setter Madison Lilley was named the Most Outstanding Player of the 2020 NCAA Volleyball Championship, it was announced Saturday night after the tournament was completed. The award was voted on by the media covering the event in Omaha.

During the tournament, Lilley averaged 13.8 assists per set, had six aces in UK’s five matches, and was second on the team with 3.35 digs per set. Lilley helped UK hit above .300 in all five matches in the Omaha bubble and put the cap on one of the most impressive individual seasons in NCAA Volleyball history.

The Overland Park, Kansas native won the 2020 Southeastern Conference Player of the Year award, American Volleyball Coaches’ Association award, and was named the MOP of the NCAA Tournament.

Alli Stumler, who averaged 4.82 kills per set, 2.35 digs per set and had the championship-clinching kill in the NCAA Tournament was named to the NCAA All-Tournament Team, as well.

The third member of the team from Kentucky was senior outside hitter, Avery Skinner. Skinner went for 3.71 kills per set in the five-match tournament, and had 1.41 digs per set. She was responsible for scoring 71.5 points and had 63 kills.