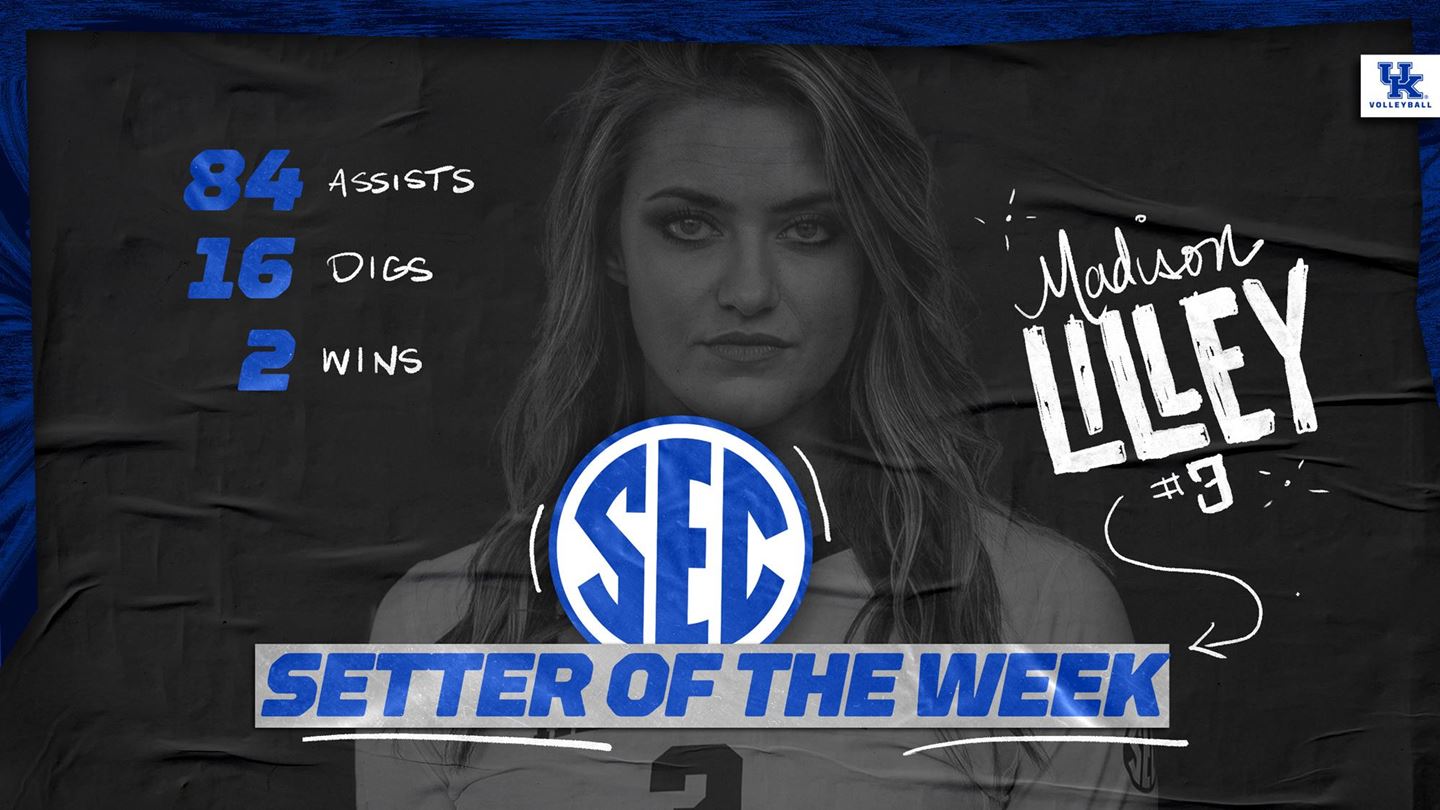 Senior setter Madison Lilley was named the Southeastern Conference Setter of the Week, the league office announced Monday. It is the third time this season Lilley has won the award in the three weeks that Kentucky has competed.

Lilley had a third-successive strong weekend leading the SEC’s best statistical offense, as she averaged 14 assists per set his weekend and paced the Wildcats to a .378 hitting percentage as a team. Lilley had 48 assists on Saturday, the most she’s had this season in a three-set match, and also added in a season-high tying four blocks in the match. Lilley recorded eight digs in both matches against Auburn for 16 on the series.