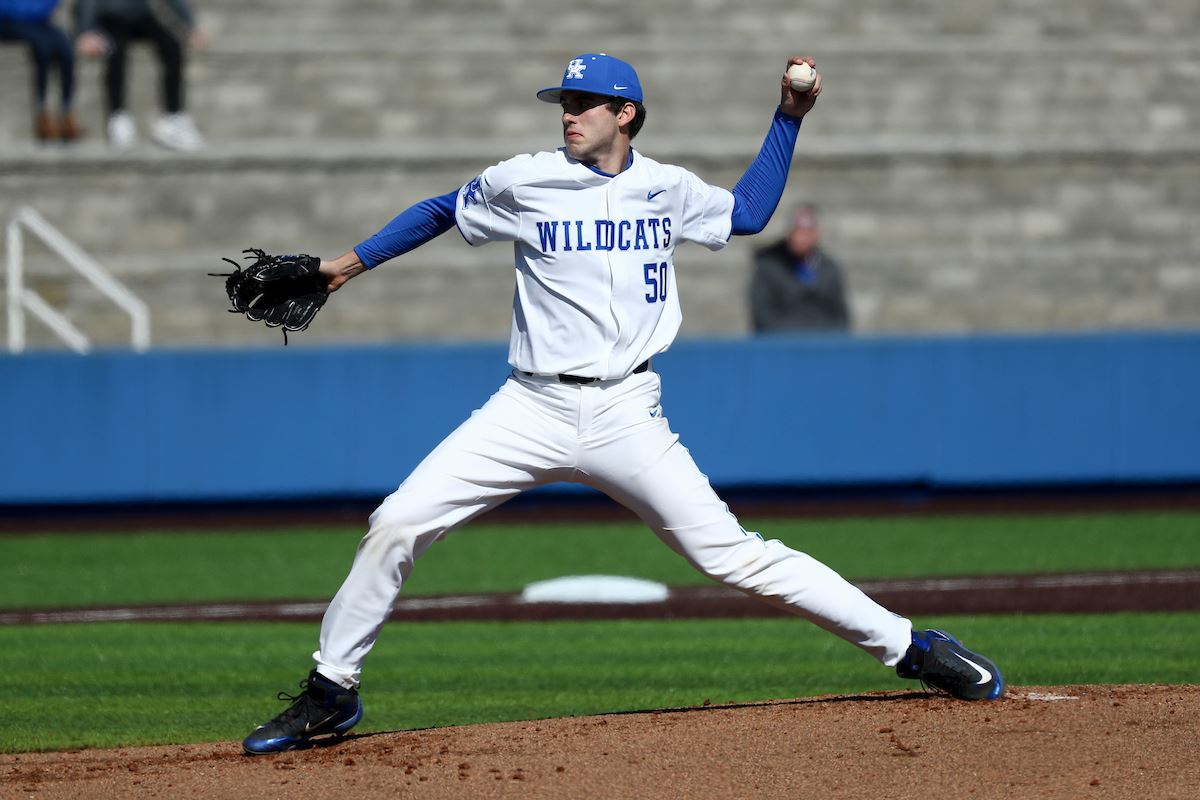 LEXINGTON, Ky. – Mason Hazelwood turned in the best start of his career on the mound but it wasn’t enough to get the Kentucky baseball team back on track as it dropped a 3-0 decision to UNC Wilmington on Saturday afternoon at Kentucky Proud Park.

The loss dropped the Cats (5-5) back to .500 on the season and was the second consecutive shutout after going nearly four seasons without being blanked in a nine-inning game before this weekend.

Hazelwood was excellent in defeat, pitching a career-best 7.0 innings and striking out nine batters without allowing a walk. He yielded three runs – one earned – but easily could have had a shutout of his own. The Seahawks’ first run came, in part, due to a misread on a fly ball to left field that became a bloop single. The final two runs came after an error on a ground ball and then a fly ball down the line that was overrun by the right fielder, dropping for a two-run, two-out double.

The UK bullpen matched Hazelwood’s start, striking out five of the final six batters of the game, including all three junior right-hander Carson Coleman faced in the eighth. UNC Wilmington hit just one ball out of the infield over the final four innings.

The UK offense had opportunities for the second straight day but could not find the timely hit, going 1-for-16 with runners on base and stranding nine for the game. Sophomore fireplug Austin Schultz saw his 22-game reached base safely streak snapped as the Cats managed just three hits on the afternoon.

Top 3rd – Jackson Meadows blooped a single to LF, moved to second on a balk and third on a SAC bunt. Zachary Bridges singled through the infield, scoring Meadows. UNCW 1, UK 0.

The Cats closes out the UNC Wilmington series on Sunday, Mar. 1 at 1 p.m. ET. The game will be aired on SECN+. The radio call will be on the UK Sports Network.