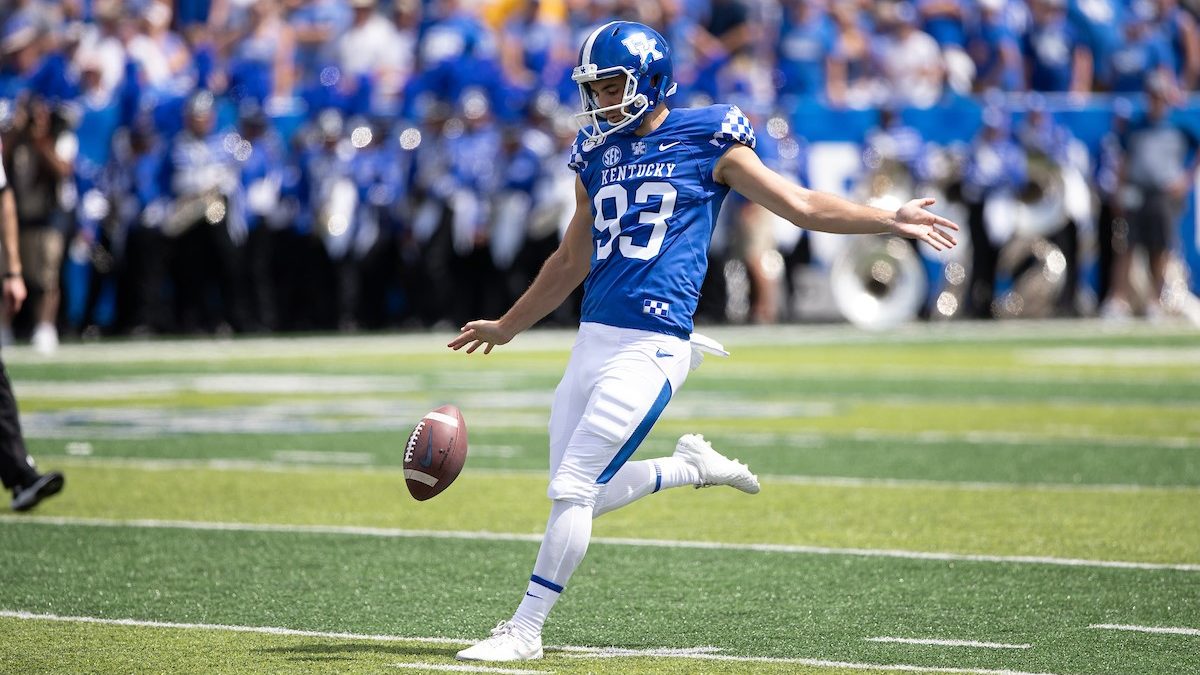 The junior punter was named to Ray’s 8, eligible for Punter of Week Award

LEXINGTON, Ky. – (UK Athletics) Kentucky junior punter Max Duffy has been named to the Ray Guy Award’s Ray’s 8 honor list for week two, the Augusta Sports Council and the Ray Guy Award announced Monday. The Punter of the Week will be announced on Tuesday, Sept. 10 at 10 a.m. ET.

Fans can visit the Ray Guy Award Instagram and Twitter to find the voting link for who they think should become the Punter of the Week this week.

Duffy followed up his sensational opening-week performance with another impressive effort in the Wildcats’ 38-17 victory over Eastern Michigan on Saturday night at Kroger Field. Although Duffy’s services were only needed three times, he averaged 43.3 yards per kick and buried the Eagles inside the 20-yard line all three times. The starting field position for those three drives were the Eagles’ own 8, 11 and 13-yard line and they did not score on any of them.

Duffy, a Perth, Australia native, has been a weapon for the Cats in his 15 games with the team. He currently is averaging 45.52 on 69 career punts, which is the highest career average in program history. He will officially qualify for that record when he reached 75 punts. He currently ranks second nationally this season with a 50.4-yard average.

The Augusta Sports Council created the Ray Guy Award in 2000 to honor Thompson, Georgia native and College and Pro Football Hall of Fame Inductee, Ray Guy. Among the statistics used to identify the winner is net punting average, number of times punt is downed or kicked out of bounds inside the opponents 20-yard line, total yardage punted, average returned yardage and percentage of punts not returned with particular emphasis on net punting average. The winner must display team leadership, self-discipline and have a positive impact on the team’s success.