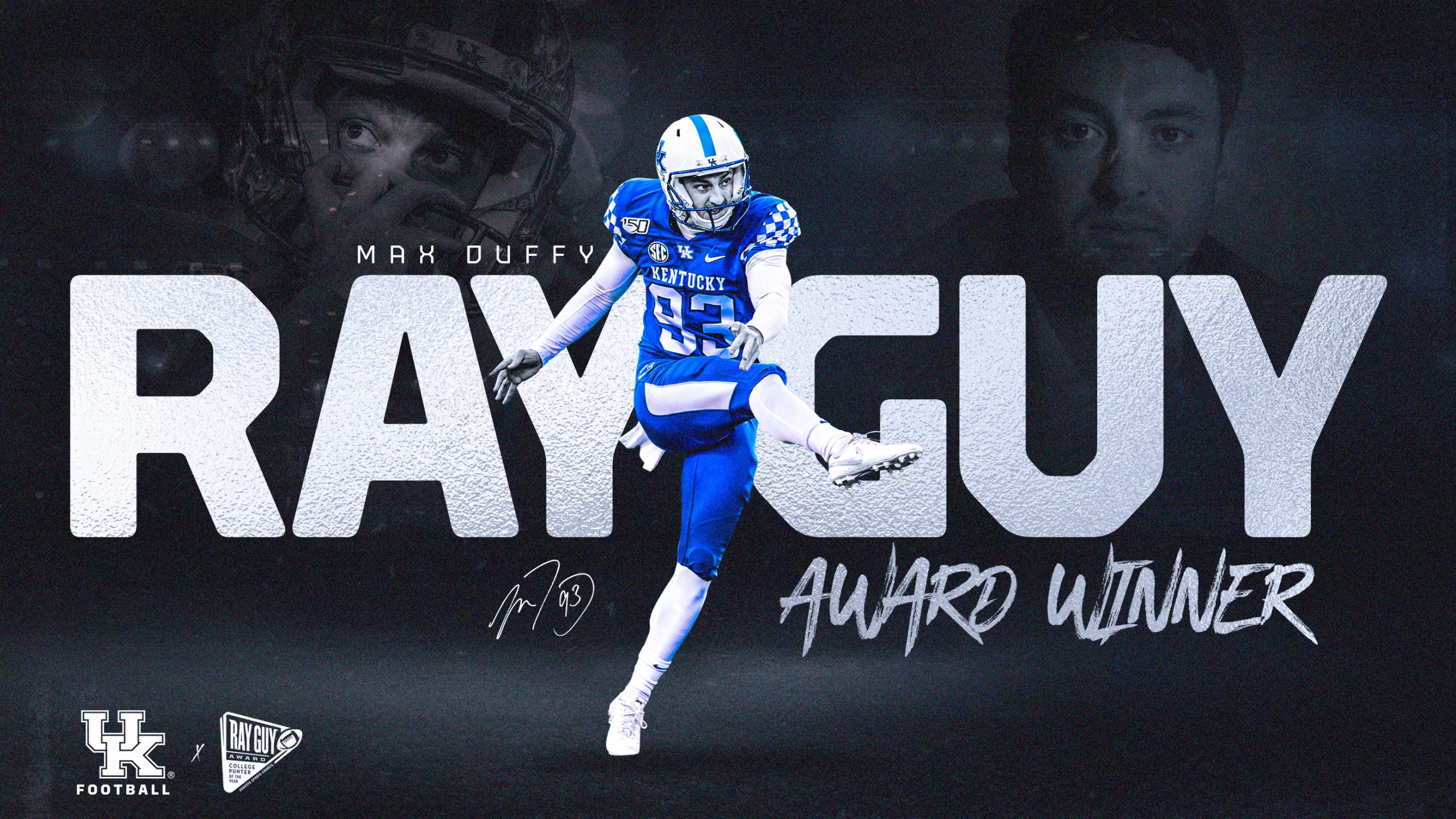 LEXINGTON, Ky. – Kentucky junior punter Max Duffy has been named the winner of the 2019 Ray Guy Award given to the nation’s top punter, the Augusta Sports Council announced Thursday night during the Home Depot College Football Awards on ESPN in Atlanta.

Duffy, of Perth, Australia, has been an absolute weapon for the Wildcats this season, dominating the field position game with his booming and accurate leg. He leads the nation in punting at 48.6 yards per punt and has helped the Cats lead the nation in net punting as well. He has been consistently excellent this season and was twice named the Ray Guy Award Punter of the Week. Duffy also is UK’s all-time leading career punter at 46.47 yards on 107 kicks.

He was twice been named the Ray Guy Award Player of the Week during the regular season and earned Southeastern Conference Special Teams Player of the Week on Oct. 28 after a magnificent night of punting vs. Missouri. He was on the Ray’s 8 weekly honor roll three times. He also was a First-Team Midseason All-America choice by ESPN and The Sporting News and a Second-Team Midseason All-America selection by the Associated Press.