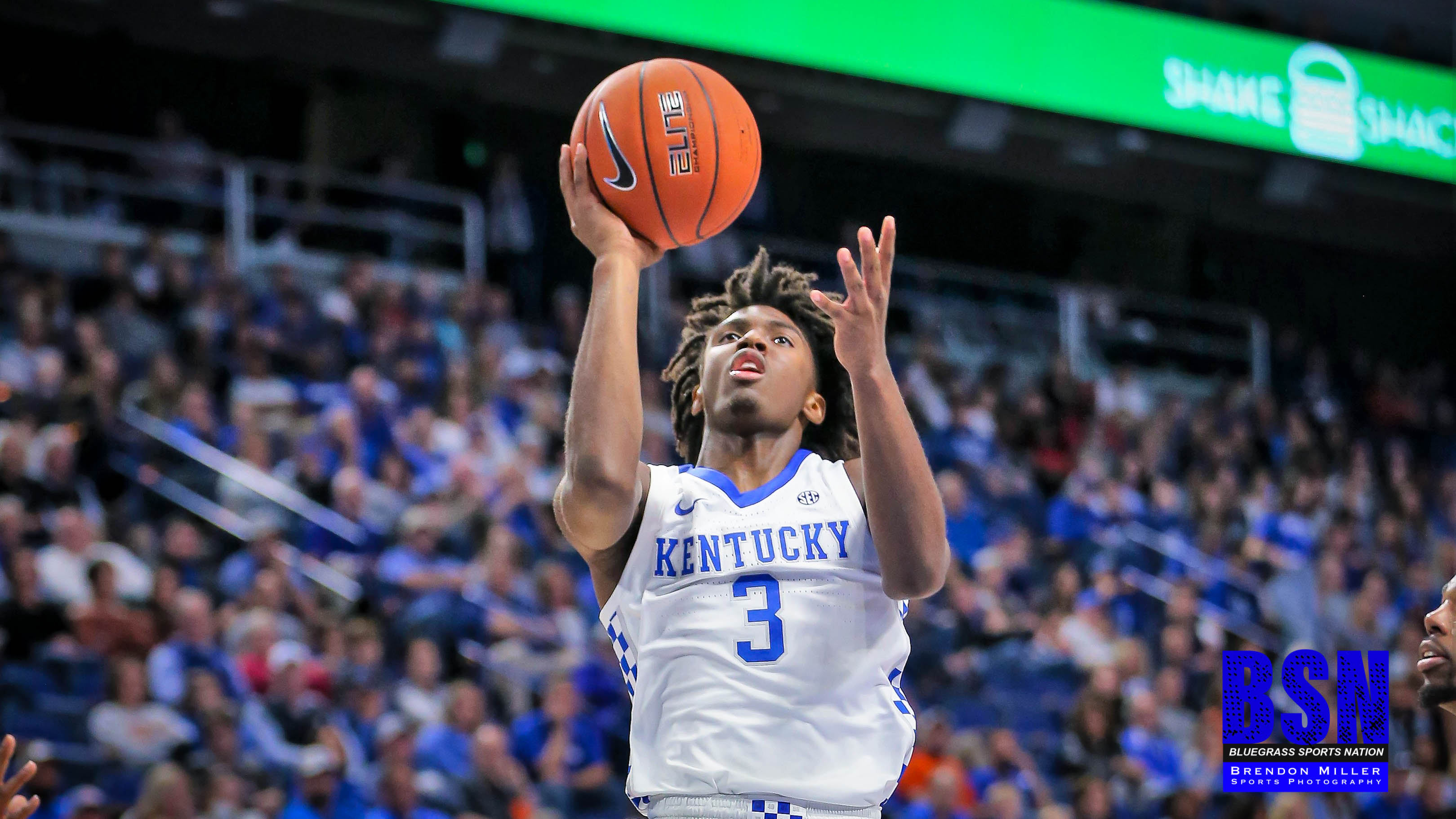 KANSAS CITY, Mo. – Kentucky men’s basketball freshman guard Tyrese Maxey is among the preseason favorites for the National Association of Basketball Coaches Division I Player of the Year award.

Maxey, who earlier Monday was named to the preseason watch list for the Citizen Naismith Trophy, is one of 20 players on the national NABC watch list to start 2019-20 season. He’s one of five freshmen on the preseason list.

Although Kentucky has won other major national player of the year awards, a Wildcat has never won the NABC’s designation. The NABC Division I Player of the Year award was first presented in 1975 and has been awarded to the likes of Larry Bird (1979), Ralph Sampson (1982, ‘83), Michal Jordan (1984), Patrick Ewing (1985) and David Robinson (1987). More recent winners include Zion Williamson, last season, and Jalen Brunson, in 2018.

The 2020 NABC Division I Player of the Year award will be announced on April 5 at the AT&T NABC Guardians of the Game Awards Show in Atlanta, site of the 2020 NCAA Final Four.