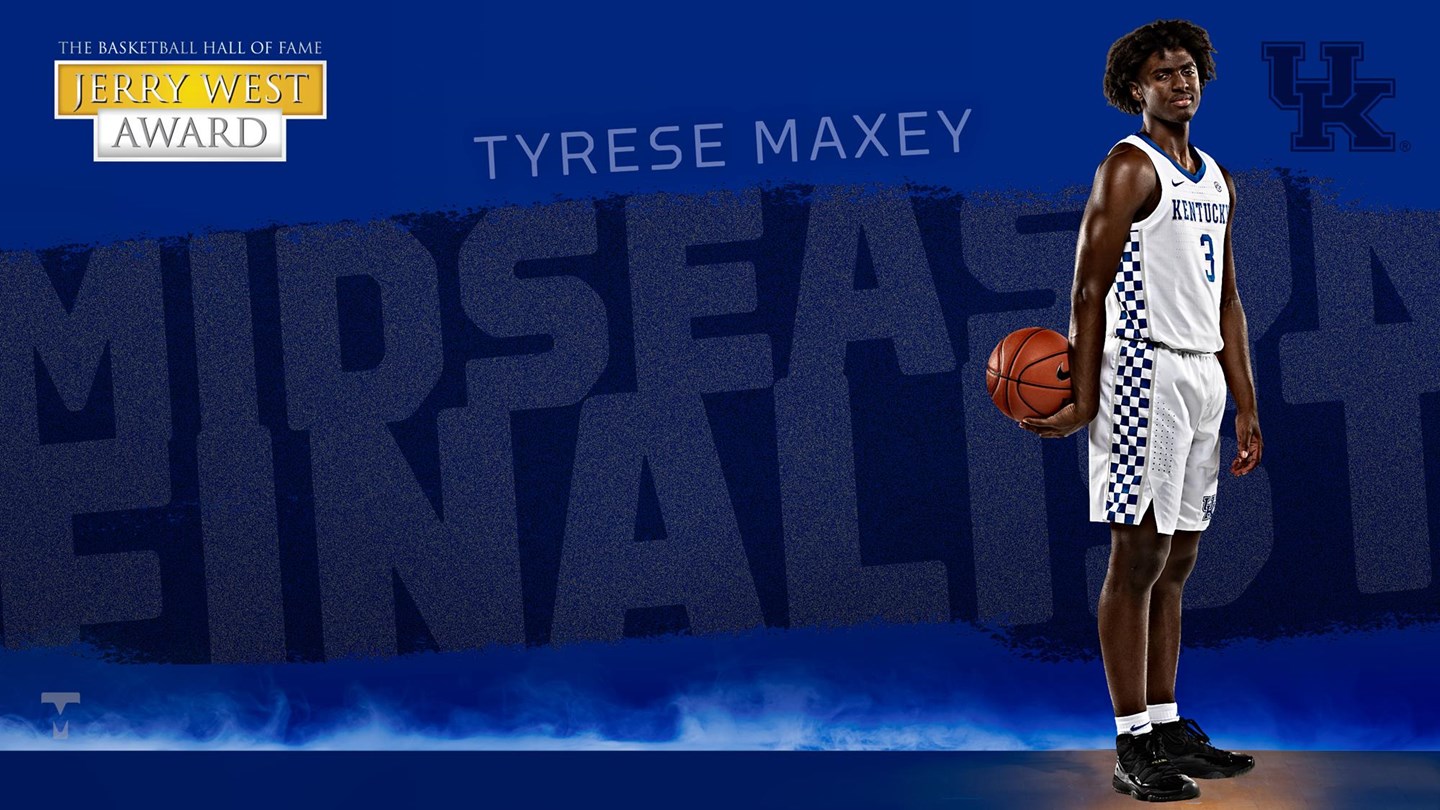 Ashton Hagans was selected as a finalist for the Bob Cousy Award on Monday, which is awarded to the nation’s best point guard.

Named after Naismith Memorial Basketball Hall of Famer Jerry West, this year’s award will be presented at the ESPN College Basketball Awards Show in Los Angeles on April 10. The Wildcats’ Malik Monk won the award in 2017 after sinking 104 3-pointers and setting the UK freshman record with 754 points in a single season. He is the only Wildcat to win the award.

Maxey has performed at his best when the stakes are at their highest.

Highlighted by a career-high 27-point performance in the victory over No. 3/4 Louisville, Maxey is averaging a team-high 19.4 points to go along with 5.0 rebounds while shooting 44.4% from the field, 41.7% from 3-point range and 83.8% from the free-throw line in UK’s five games vs. Associated Press Top 25 opponents.

Maxey’s 26 points in the 1-2 matchup vs. Michigan State topped Terrence Jones’ 25 points against East Tennessee State in 2010 for the most points by a freshman in their debut as a Wildcat. In that game, Maxey’s first points didn’t come until just after the midway point of the first half, but he scored seven straight points to help Kentucky earn an 11-point halftime lead. From the 10:03 mark of the second half until a pair of Ashton Hagans’ free throws with 37 seconds to play, Maxey scored or assisted on 14 straight UK points to hold off the Michigan State rally.

Against Louisville, he made a career-high nine field goals (on 14 shots), sunk a career-best four 3-pointers and tied a career high with seven rebounds. His 27 points are the most by a UK freshman vs. Louisville and the most by a Wildcat in the rivalry since Jodie Meeks score 28 on Jan. 4, 2009.

Highlighted by four 20-point performances, Maxey — a three-time Southeastern Conference Freshman of the Week selection — is averaging 13.6 points per game. He’s scored in double figures in 14 games with 24 3-pointers. He flirted with a triple-double in his first true road test at Georgia on Jan. 7. Maxey had 17 points, seven rebounds, a career-high eight assists, a career-high four blocks and a steal in 39 minutes against the Bulldogs.

West played for West Virginia and averaged 24.8 points and 13.3 rebounds per game in three varsity seasons. He led his team to the NCAA Championship game in 1959 and was a consensus All-American in 1959 and 1960. He was the co-captain of the United States men’s basketball team and won an Olympic Gold medal in 1960. As a professional player, West played 14 seasons in the NBA with the Lakers. He was an All-NBA First-Team selection 10 times and won an NBA championship in 1972. He was named the NBA Finals Most Valuable Player in 1969 despite his team not winning the title. In 1996, he was named a member of the NBA’s 50th Anniversary All-Time Team.