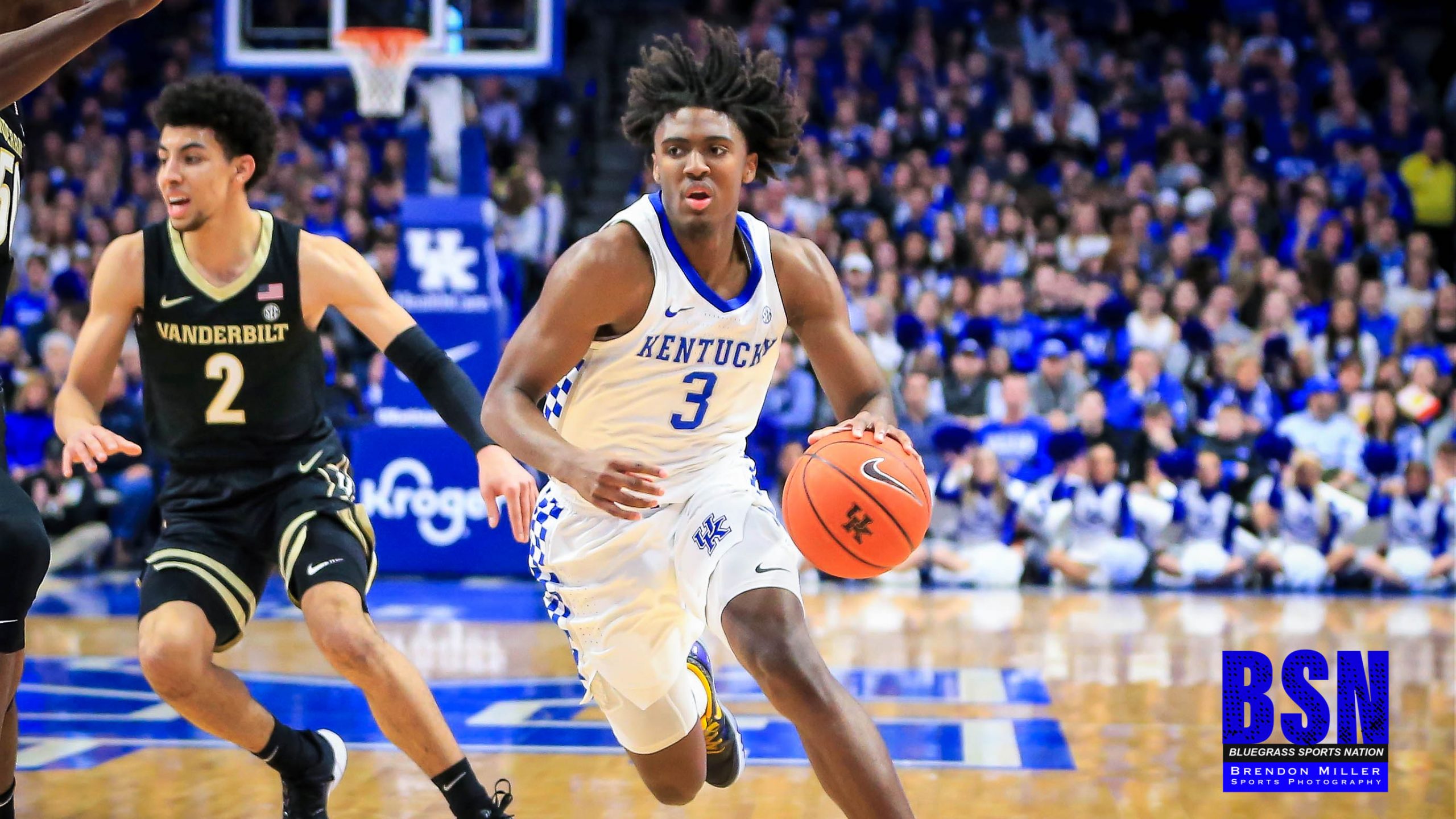 “He told me at the beginning of the year he was going to coach me as hard as possible,” Maxey said. “He called me into his office a couple of days ago and told me it doesn’t matter how I play and he knows what I can do and he’s never going to back off.”

As in the past, Calipari made sure Maxey stayed on task against Vanderbilt Wednesday night. Calipari said his freshman guard took a step in the right direction after scoring 17 points to help lead the 13th-ranked Wildcats to a 71-62 win over the struggling Commodores, who broke the SEC record with their 25th consecutive league loss.

Like the rest of his teammates, Maxey didn’t panic when the Wildcats trailed the Commodores 35-28 at the half, their largest deficit at the half this season.

“No panic,” he said. ‘We just went out and trusted our training. Coach Cal told us to play as a driven team. We just stepped up.”

He also played a big role down the stretch when point guard Ashton Hagans went to the bench with four fouls. Maxey popped a clutch 3-pointer, sank a couple of free throws and made a jumper in the lane to help the hosts hold off Vandy.

“We have three point guards on the court and when Ashton went out, it was the next man up,” he said. “I just went out there and did what I had to do.”

Nick Richards had 15 points and 11 rebounds despite playing only five minutes the first half because of foul trouble. Hagans added 12 points, and Quickley 11 as the Wildcats won their fourth consecutive game and eighth in the last nine.

Even though the 17-point performance tied his career-high against Southeastern Conference foes, Maxey, who netted the same tally at Georgia earlier this month, has been improving behind the scenes.

“Coach Cal has the most confidence in me,” Maxey said. “He just tells me he knows I can do a lot better. He always tells me that the know I can and I just try to go out there and do that.”

Maxey’s training took an upward trend earlier this week when he beat out teammate Immanuel Quickley in a running drill in practice. The impressive finish sent a message to Calipari.

The extra nudge from Calipari in practice is routine for Maxey.

“I believe in him and he just told me to go out and finish every single sprint,” Maxey said. “I’m a lot more confident out there on the court and that’s what I try to do.”

In addition to his conditioning, Maxey also has been making strides against Kentucky Hagans, the team’s best defender, in practice.

“All season in practice when I put him against Ashton, Ashton will demoralize you,” Calipari said. “He will demoralize you. Like, he’ll go and play so hard that you just want to stop, Let me go, and I got a hamstring. Two days ago he went right at Ashton, defensively went into his grill and scored on him and did stuff. And I’m like, Where has this been? Why have you settled for less than this if this is who you can be?”

Calipari said Maxey’s progression has been a struggle simply because “it’s really hard.”

“It’s much easier to finish in the middle of the pack, let a guy dominate you and think it’s okay,” Calipari said. “He’s learning. He’s young. He’s a young kid. And the biggest thing, like I said, I love him to death. I think he’s, he’s good right now.”

Calipari also thinks Maxey has more room to grow and the Kentucky coach added that Maxey is on an upward trend going into February.

“I think he’s not even touched where he’s going to be in another month,” he said. “If he stays on this path and accepts where he is, that it’s because of him, no one else. And I think he does.”