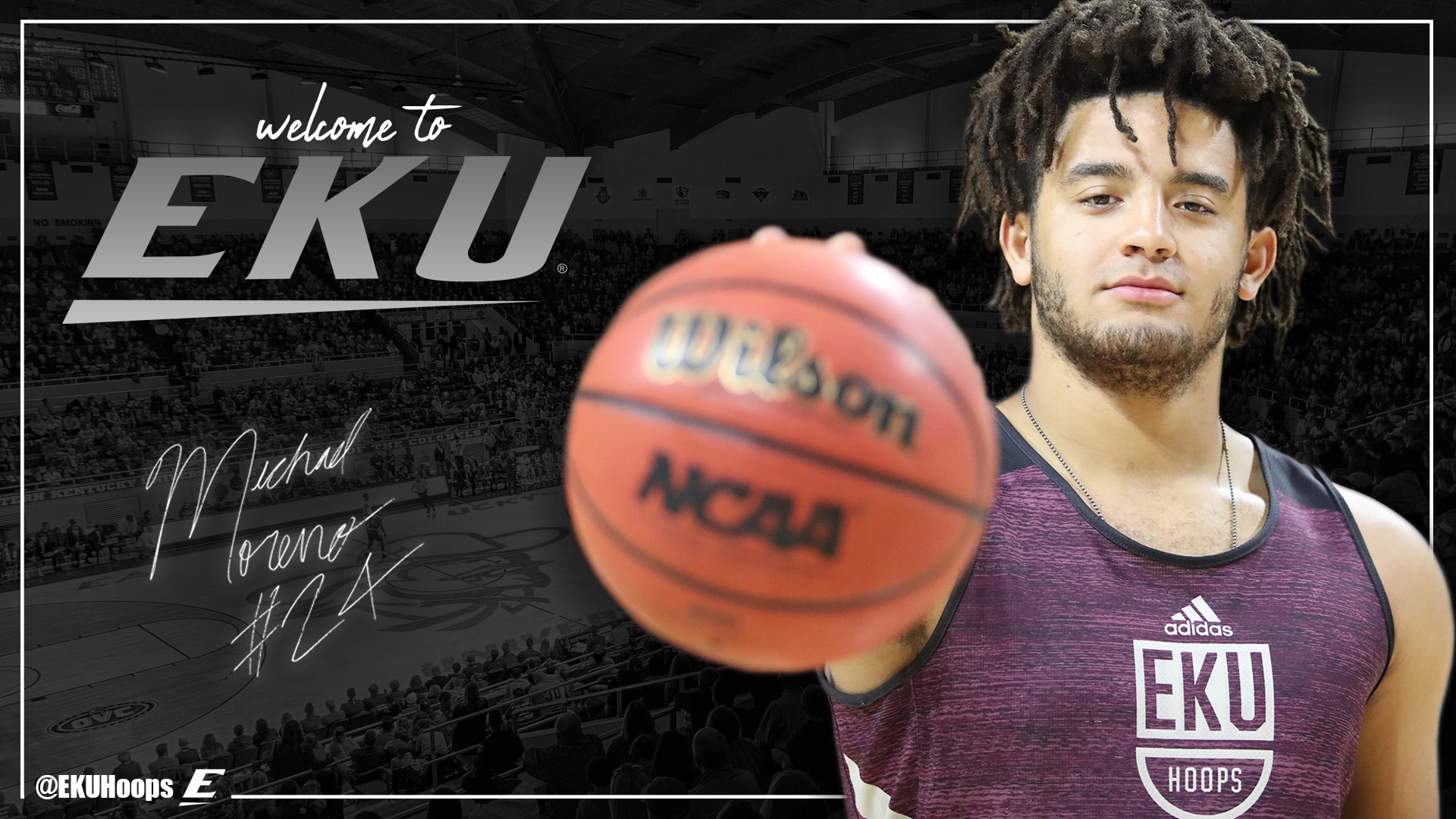 Moreno put together an incredible career at powerhouse Scott County High in nearby Georgetown. The 6-6 wing was a three-time first team all-state selection and a 2019 Kentucky Mr. Basketball finalist. He scored 2,383 career varsity points and broke a 40-year old Scott County record with 1,317 career rebounds. He added 270 assists, 267 blocks and 211 steals, all while shooting 57 percent from the field and nearly 39 percent from three-point range.

Hamilton, who won a state title as a player at Scott County High School in 1998, is thrilled to have a fellow Cardinal joining him in Richmond.

“It’s an absolute pleasure to welcome Michael into our basketball family at EKU,” Hamilton said. “Michael is one of the most decorated high school players the state of Kentucky has seen in recent memory. As a fellow Scott County graduate, I’m so proud of what Michael accomplished not only on the court but in the community of Georgetown. His overall talent as a player is incredible, but the things our fans will love the most about him is his basketball IQ and his character. Michael is a winner, and because he played for one of the greatest high school coaches in the country, Billy Hicks … I know he understands what it takes to win.”

On top of his basketball accolades, Moreno was a 4.0 student at Scott County High School, as well as a member of the Beta Club and Fellowship of Christian Athletes (FCA).

He chose EKU over Wofford and Evansville.

Fans can get a head start on the 2019-20 season by placing a non-refundable $50 deposit on season tickets that will be included in the overall price of the package.  For questions or to place your deposit, call Alex Harrison at (859) 358-9272 or the EKUSports ticket office at 844-3-GOBIGE.