Miles Away from the West Coast, Askew Feels Fight at Home with CATS 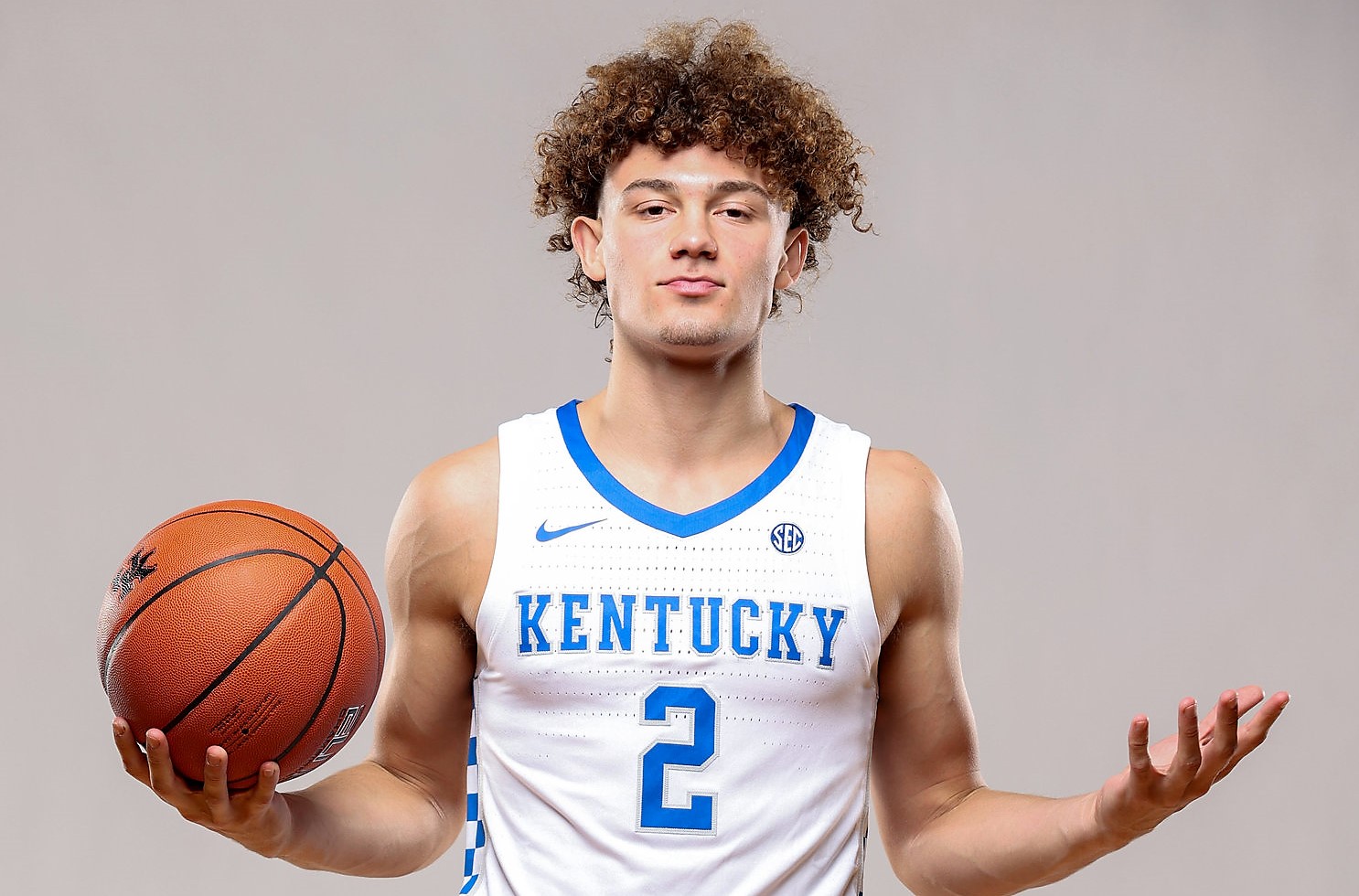 Devin Askew wasn’t afraid to leave the West Coast and has made himself feel right at home at Kentucky.

“A lot of West Coast kids want to stay home and they’re afraid to go far for college and stuff like that,” Askew said. “That is not me. I want to be different – and I am different. I feel like coming here was best for me, so I did it. And it is best for me.”

A former standout at Mater Dei High School in Sacramento, California, Askew hasn’t regretted branching out and doesn’t plan on leaving the Bluegrass any time soon, adding that he’s “not like other West Coast kids.”

Askew, a point guard, has been battling teammate and Creighton transfer Davion Mintz during the preseason and has enjoyed the competition in practice.

“It’s fun learning from an experienced point guard, a veteran point guard like him,” he said. “He’s obviously been in college for five years now and he knows a lot. So, I just learn from him every day.”

The freshman guard likes the way Mintz leads on and off the court, providing a new perspective for Askew.

“I’m a pretty good leader, but I’m seeing the way that he leads,” he said. “It’s giving me the extra edge. It’s fun. It’s fun learning from him.”

In addition to Mintz, Askew also has learned on former NBA guard Darren Collison for advice as he transitions from the high school to the college ranks.

“Learning from DC, (I’m) learning from an experienced vet, a professional NBA guard, just the pace of the game, what to look for, the patterns on the court,” he said. “Most of all, mostly teaching me how to be a leader, being a young guy coming into a program where I’m probably the youngest on the team and being able to still lead and not let that affect anything.”

Although a freshman, Askew considers himself a leader and isn’t afraid to speak out when needed on the court.

“We have a lot of leaders on our team,” he said. “We have Keion (Brooks Jr.). You’ve got Davion (Mintz). But, being the youngest, just not being afraid to use my voice and to be vocal out there. That’s what I do every day. Try to be vocal and that’s how I can help lead this team.”

To go along with his leadership skills, Askew considers himself a player who is “just very competitive (and) always going to fight.”

“That’s just the way I’ve had to play my whole life,” he said. “I’ve been the smallest. When I was the younger I wasn’t the fastest kid. I just had to bring a whole lot of energy to the team, to the game. That’s how I get going is energy. That’s what I do best.”

As he prepares for his first season with the Wildcats, Askew is prepared for the peaks and valleys that are certain to transpire.

“There are always highs, there are always lows,” he said. “(I’m) just trying to stay on a straight line and keep a steady pace — not go up, not go down.”