Montgomery a ‘Difference-Maker’ for Cats in Easy Win Over Mounties 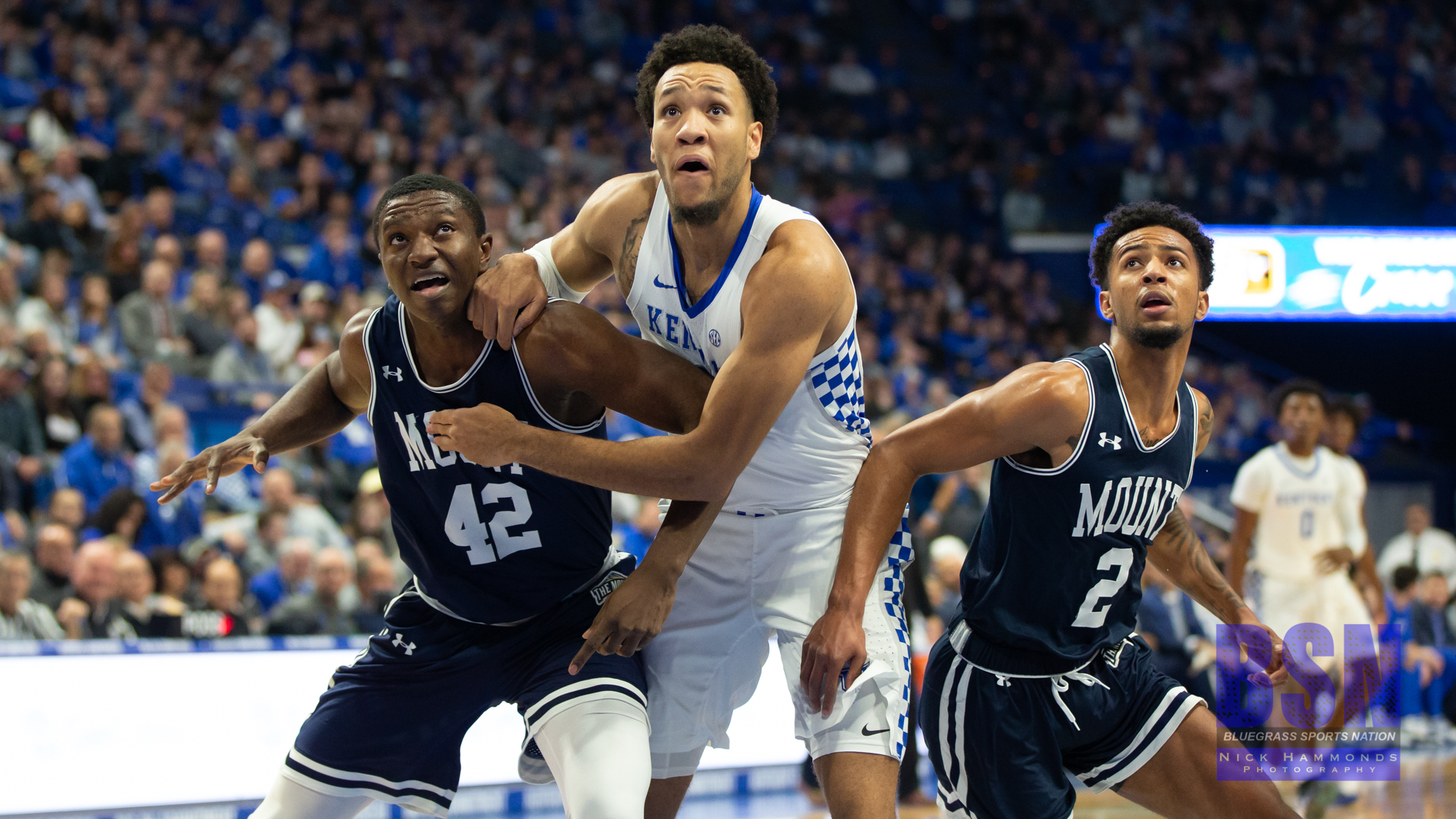 Kentucky had its full roster intact and it showed Friday night.

The ninth-ranked Wildcats pieced together their best performance since a 91-49 victory over Eastern Kentucky on Nov. 8 and easily defeated Mount St. Mary’s 82-62 in the first of two games in a  three-day span. Kentucky closes out the stretch against Lamar Sunday night.

Kentucky (4-1) welcomed the return of sophomore EJ Montgomery, who finished with seven points and grabbed six rebounds. Montgomery played 15 minutes in his first appearance since a season-opening 69-62 win over Michigan State earlier this month at Madison. Square Garden.

“The guy that made the difference is EJ. You would have never known he was not playing for a while,” Kentucky coach John Calipari said. “I mean, not having him really affects us. Having him, when he’s playing, he’s a difference-maker.”

Montgomery was part of a 1-2 inside punch that scored 40 points in the paint. Nick Richards picked up where he left off following his performance against Utah Valley earlier this week. The sophomore forward scored 21 against the Wolverines and totaled 19 points to go along with three blocks against the Mountaineers.

“We knew there since and athleticism could present some big problems for us,” Mount St. Mary’s coach Dan Engelstad said. “They are so good in transition and so good in the paint (and) they hurt us inside.”

Montgomery’s presence proved to be a plus for the Wildcats. Montgomery suffered a high-ankle sprain in the season-opener and has been rehabilitating in an effort to get back on the court. He waited out the timetable and said the plan was to play against the Mountaineers.

“I was super-happy (to be back),” he said. “Sitting there watching wasn’t fun and I was just glad to be out there with the guys again. … I missed three games and that’s a long time.”

Montgomery’s teammates were happy to see Montgomery back on the court smiling and contributing to the team’s second double-digit victory of the season.

“It was great to have EJ Montgomery back,” Kentucky freshman Kahlil Whitney said. “He’s a killer. It was everything. He’s great defensively, he’s another offensive threat. He can stretch the floor and shoot threes.”

Kentucky guard Ashton Hagans also was pleased to see his classmate back on the court.

“It was real big for EJ to be back and do what he did tonight,” said Hagans, who finished with 16 points and dished out seven assists. “That was real big. …. that’s what we’re going to need for this team to be at our best.”

The hardest game for Montgomery to endure while sitting out was Kentucky’s 67-74 loss to Evansville on Nov. 12 that bounced the Wildcats from the top of polls.

“It was definitely hard,” he said. “I just wanted to go out there, take the boot (off my foot) and help my team win. I couldn’t do that, but it was a hard loss.”

As long as he’s healthy, Montgomery plans to continue to build on his performance against the Mountaineers in moving forward.

He also knows the Wildcats have to do better on the offensive glass. Kentucky collected just six offensive boards against the Mountaineers.

“We’re working on that every day,” he said. “I can definitely help in that area. I’m quick — quicker than most bigs, so I can get around them and go get the board.”