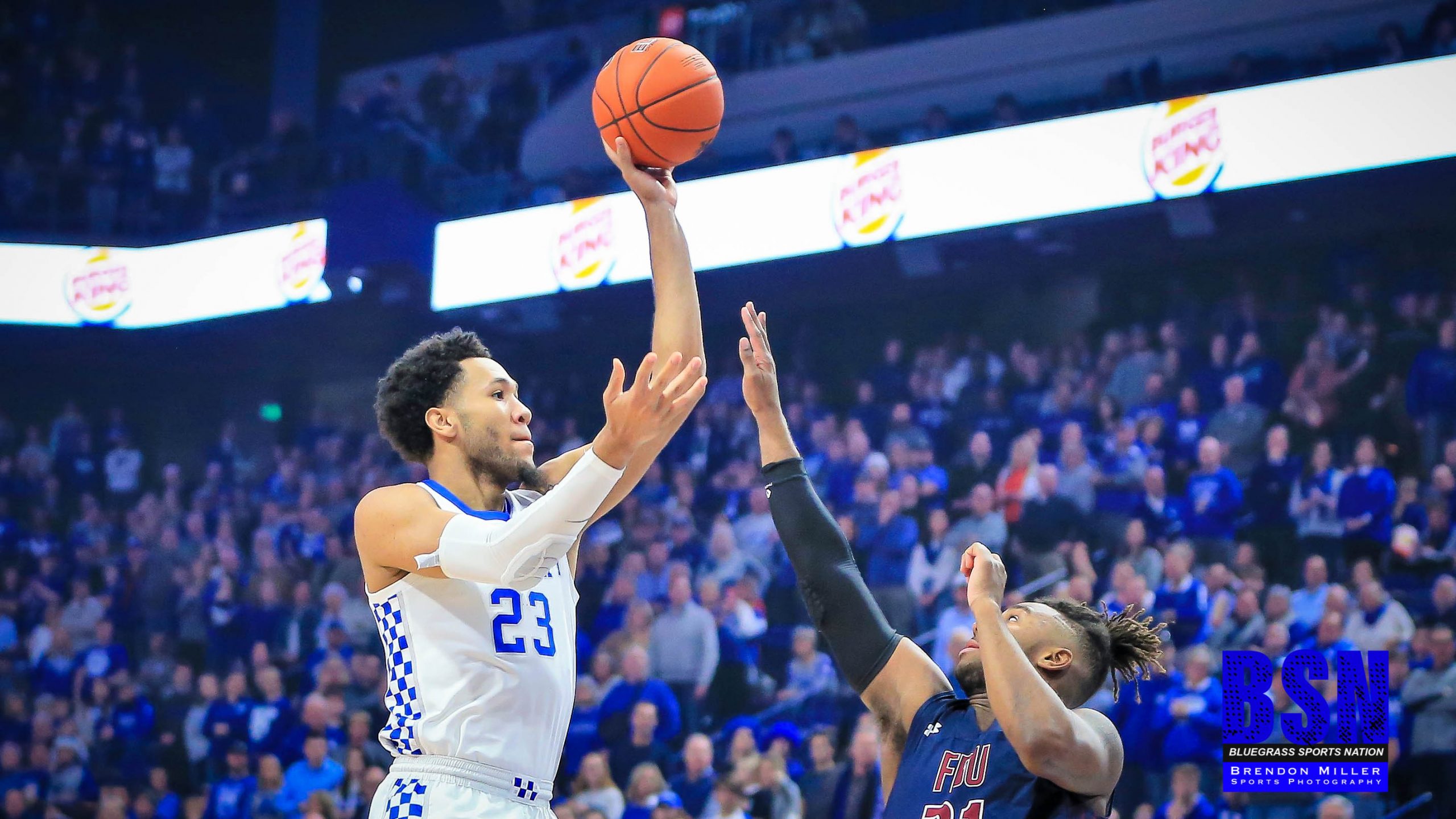 EJ Montgomery had a coming-out party against Fairleigh Dickinson Saturday and helped the Wildcats reach a milestone on their home court.

The sophomore forward poured in a career-high 25 points and just missed a double-double with nine rebounds and helped lead the eighth-ranked Wildcats to an 83-52 win over the Knights, giving Kentucky (7-1) its fifth consecutive victory and 600th win at Rupp Arena.

Montgomery has scored 55 points, including 41 in the past two games, since returning from a right ankle sprain that sidelined him for three games following a season-opening win over Michigan State in the State Farm Champions Classic.

“He’s healthy (and) he’s being more confident,” Kentucky coach John Calipari said. “He’s playing more physical. But like I told him, I said he exchanged baskets too many times today. Like we’re going to be playing teams where you have to fight to stay in front, to go grab balls with two hands. You know, and again, I may be asking a lot of you at 28 points, and he’s 12 out of 16, is that what he was, 12 out of whatever, but I’m looking beyond just this game. Like, okay, where do we got to take this?”

Early on in the contest, Montgomery knew he was going to have a career outing in the team’s eighth game of the season. He contributed his performance to his “mindset going into the game.”

Montgomery made 12 shots on 16 attempts and help set the tone for the Wildcats in the post and he took advantage of his minutes on the court as senior Nate Sestina recovers from a fractured wrist injury. He scored 16 in a win over UAB last week and picked off where he left off last week, scoring 14 points and grabbing seven rebounds in the opening half against the Knights.

“He’s a good player,” Fairleigh Dickinson coach Greg Herenda said. “Not to take anything away from him, but we didn’t give him any resistance. He was making shot after shot and you have to get up and dribble and put the ball to the floor. We made it too comfortable for him. It (was a) coming out party — he’s a heck of a player.”

Montgomery’s teammates fed off his performance and sidekick Nick Richards had a double-double with 12 points and 10 rebounds, while Ashton Hagans added 11 points and 11 assists. Keion Brooks gave the hosts a lift off the bench with 15 pints.

“We just all went out there and fought,” Montgomery said. “We’ve been having hard practices and we were just ready tom go out there and play a game and put it all together.”

Montgomery shared a light moment with Richards after the two players had back-to-back dunks on alternating possessions.

“We are competing against each other every day in practice and we were out there having fun,” he said. ‘We just have to go out there and fight and compete.”

Hagans wasn’t surprised by Montgomery’s outing. “That’s EJ,” Hagans said. “He’s just got to come out every night and bring that type of game.”

Calipari was pleased with Montgomery’s offense but wasn’t happy with the fact the Kentucky forward “exchanged baskets” with his defender on the other end of the floor. Montgomery took Calipari’s criticism in stride.

“That’s why I came here — to get better every day, just learn from it and pick it all up,” he said.

The remainder of the December schedule features games against No. 1 Louisville and sixth-ranked Ohio State and Montgomery said the team’s main priority is to “fight and finish.”

“The last couple days we’ve been saying it every five seconds,” he said. “We’ve just got to get better every day in practice.”