No. 14 UK Falls Short Against No. 1 Gamecocks 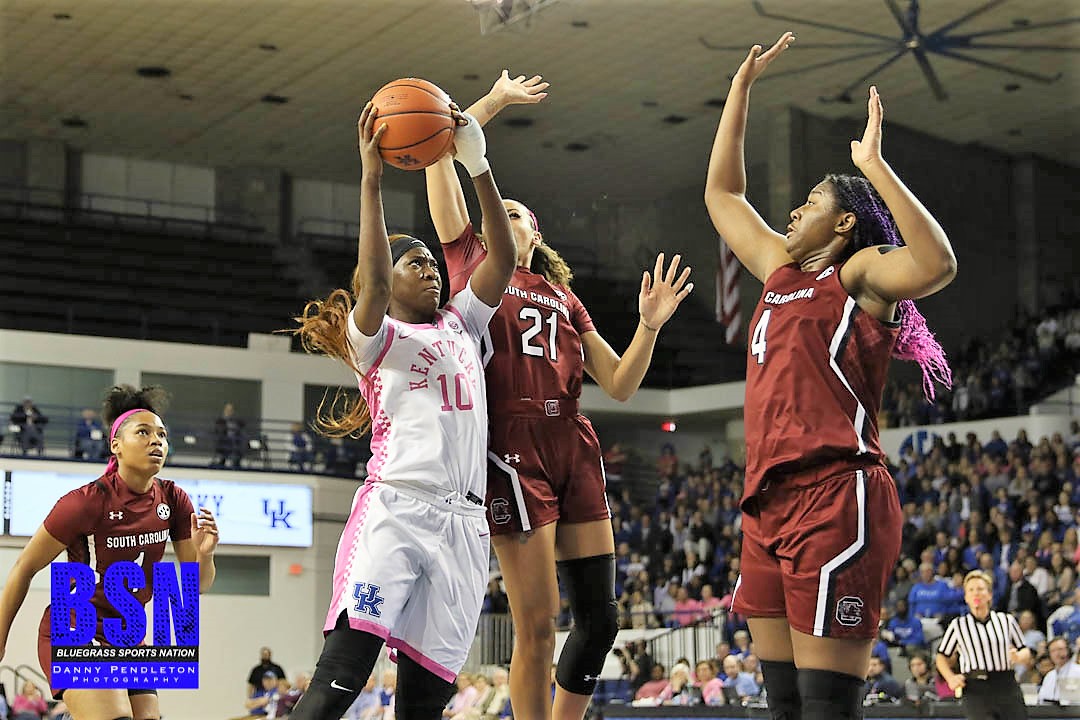 BBN showed out in full force, but UK fell short in a valiant effort.

The Cats got out to a five-point lead early in the first quarter, but South Carolina came storming back. The Gamecocks led by as many as 15 points in the first half, but only held a 10-point lead at halftime.

In the first half, the Gamecocks scored 24 points in the paint; UK scored eight such points. Rhyne Howard led all scorers in the opening half with 12 points.

It was a back-and-forth third quarter, but South Carolina closed the period with a 10-3 run and held a 59-43 going into the final quarter of play.

Kentucky put forth a solid effort in the final quarter of play, but ultimately couldn’t overcome the 16-point deficit. South Carolina got the victory, 67-58.

UK went an impressive 20-of-24 from the free-throw line.

The Gamecocks recorded 38 points in the paint; UK recorded 14 such points.

More content is on the way, right here on BSN.