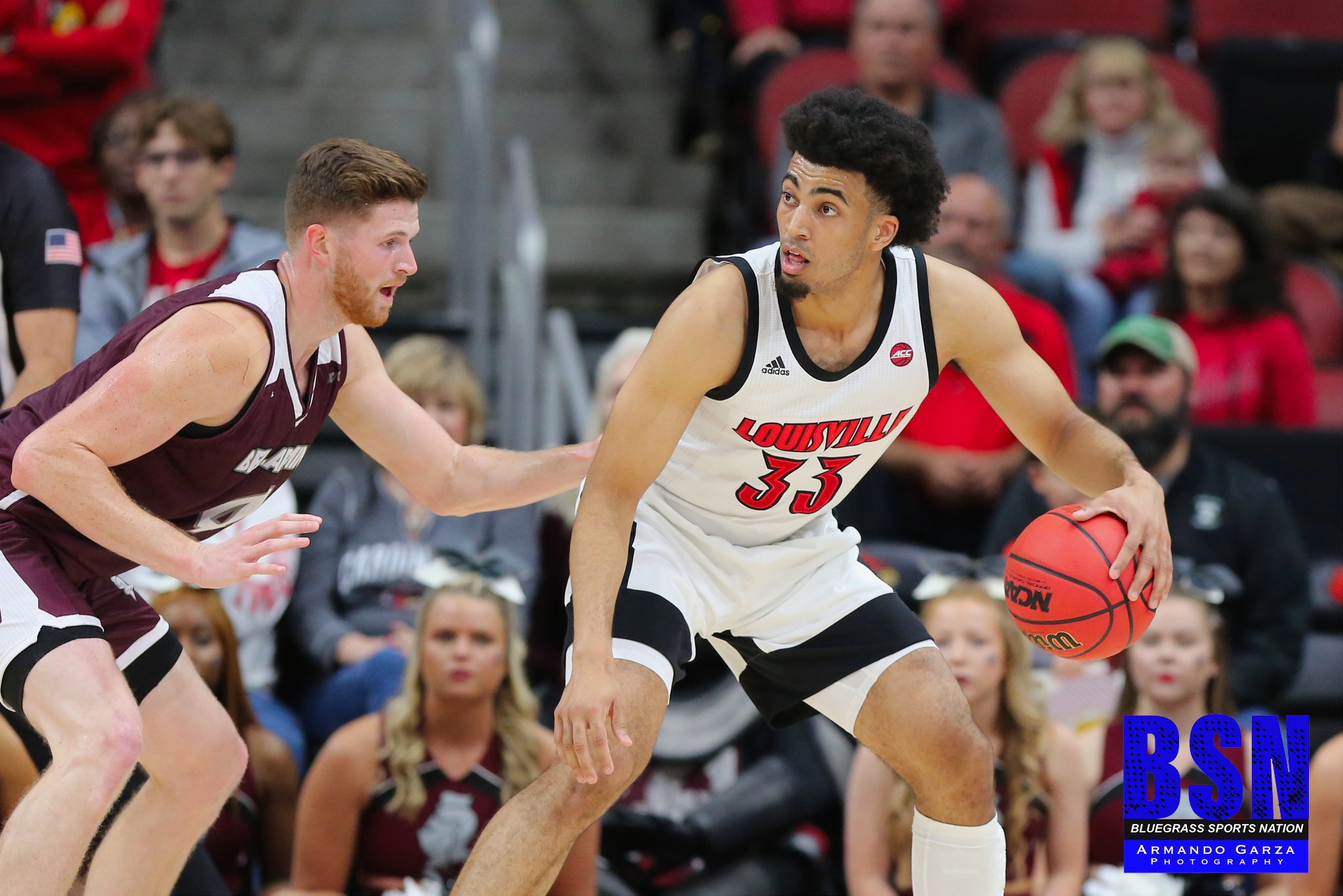 LOUISVILLE, Ky. (Content from Gocards.com) — Jordan Nwora scored 21 points to lead No. 5 Louisville, which capitalized on some streaky shooting, to a 78-55 victory in its home opener Sunday over Youngstown State.

The Cardinals (2-0) made the first 11 shots to jump out to a 24-8 lead. They then started the second half making seven of their first nine shots to put away the Penguins (1-1).

The Penguins shot just 35.3% in the first half, but Darius Quisenberry hit a buzzer-beating 3-pointer to cut the Cardinals lead to 38-31 at the break. However, Youngstown State couldn’t carry that momentum into the second half as they missed 13 of their first 17 second-half shots.

Steven Enoch added 17 points and a career-high 14 rebounds for Louisville, which also got 16 points from Ryan McMahon. Louisville posted 22 assists, with Darius Perry dishing out a career-best 12.

Louisville led by as many as 24 points in the second half.

BIG PICTURE
Youngstown State: After dispatching Division III Thiel College by 48 points in their season opener, the Penguins looked like they would quickly find themselves on the opposite end of such a beatdown Sunday. However, they more than held their own against a bigger Louisville team, using 11 first-half offensive rebounds to generate 16 second-chance points and stay in the game.

Louisville: The Cardinals shot better than 50 percent from the floor for the second straight game. While there were some defensive issues inside during the first half, the Cardinals got those corrected in the second half and eventually put away the Penguins.

UP NEXT
Youngstown State travels to Lafayette, La., on Friday to face Louisiana.