Onyenso ‘Impacts the Game the Minute he Walks on the Court’ 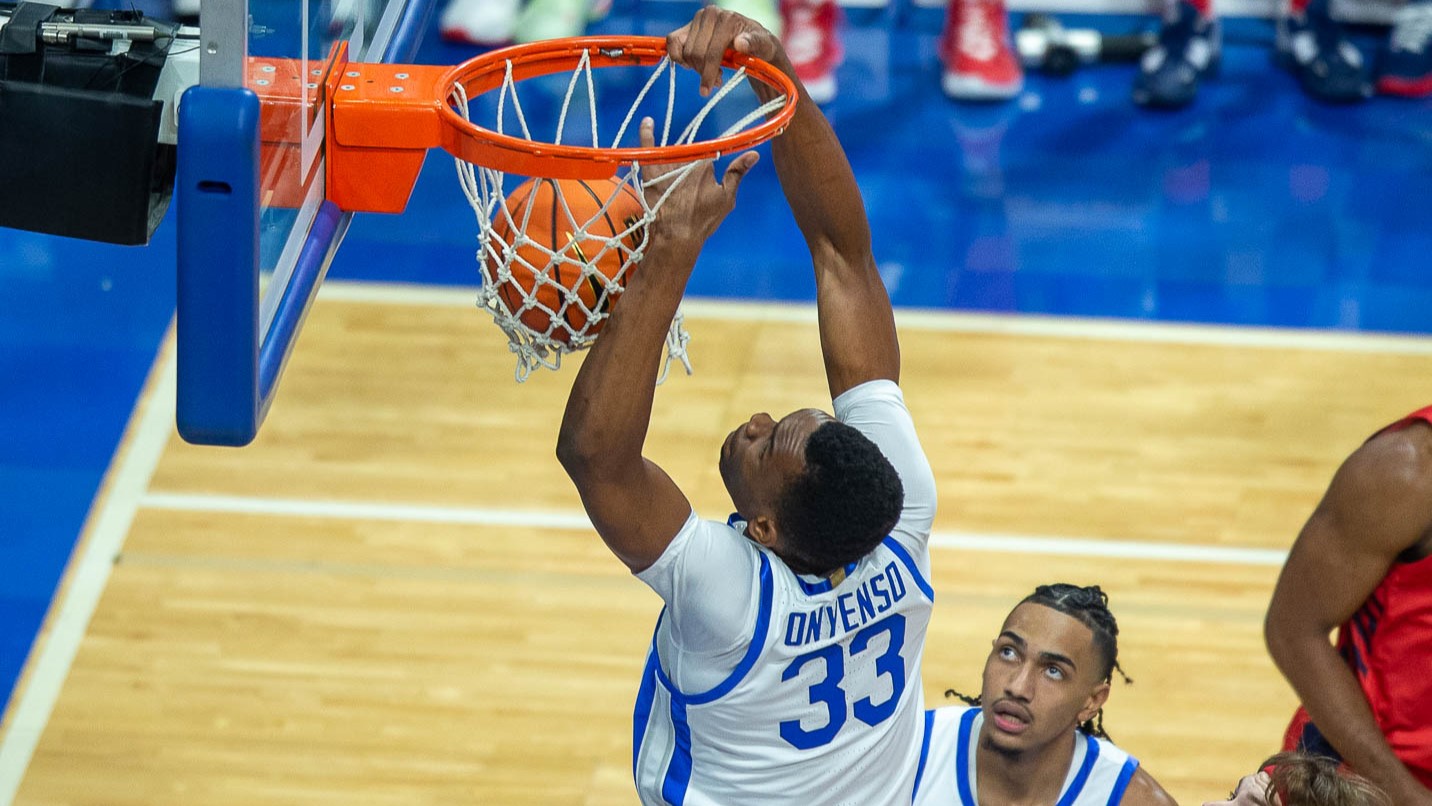 Ugonna Onyenso continues to make a impression in his first season at Kentucky.

“He impacts the game the minute he walks on the court,” Kentucky coach John Calipari said. “(He’s) not afraid.”

Once Oscar Tshiebwe returns, Onyenso knows it will continue to take the little things to keep him on the court.

“I feel like I have the ability to stay in the game because of what I do,” he said. “The fact that I help the team by blocking shots, I think it is going to get me more minutes. I am still working on other things. For now I am just playing a role on the team and doing my best to help the team.”

Like Calipari, Duquesne coach Keith Dambrot said Onyenso’s presence down low makes things difficult for opposing teams to have success in the post and believes he has a future at the next level.

“(He’s) gonna make a lot of money (in the NBA),” Dambrot said. “He’s the newfangled (and) that’s kind of what those centers in the NBA look like now. Run, jump, and then he changes the game.

“We told our guys if you’re not 100 percent shooting don’t shoot it because it’s coming back at you. And that’s just like a turnover really. I hope (Kentucky can) keep him a while, it won’t be easy.“

The comments by Dambrot, Onyenso said, won’t impact his daily approach and will strive to get better as the season progresses.

“It doesn’t change anything,” Onyenso said. “I just keep staying focused and I’m just working on my craft, trying to improve every day. When the time comes, I’ll make the money. But for now, all I’m focused on is improving my game offensively and also building my confidence.”

That confidence, Onyenso said, continues to grow and develop on a daily basis and he’s discovered the college game isn’t much different from the professional ranks.

“When I first got here, I thought like it wasn’t going to be this easy for me blocking shots,” he said. “But I found out that it was, the same as it was in high school — not much difference.”

Onyenso’s teammates have embraced his athletic ability in the post and the freshman center has been a pleasant surprise.

“Nobody knew what he was going to bring coming in, but he’s definitely exceeded expectations,” senior forward Jacob Toppin said. “ He’s been really good for us, blocking shots, being effective anywhere on the court. It’s good for him and is good for this team. “