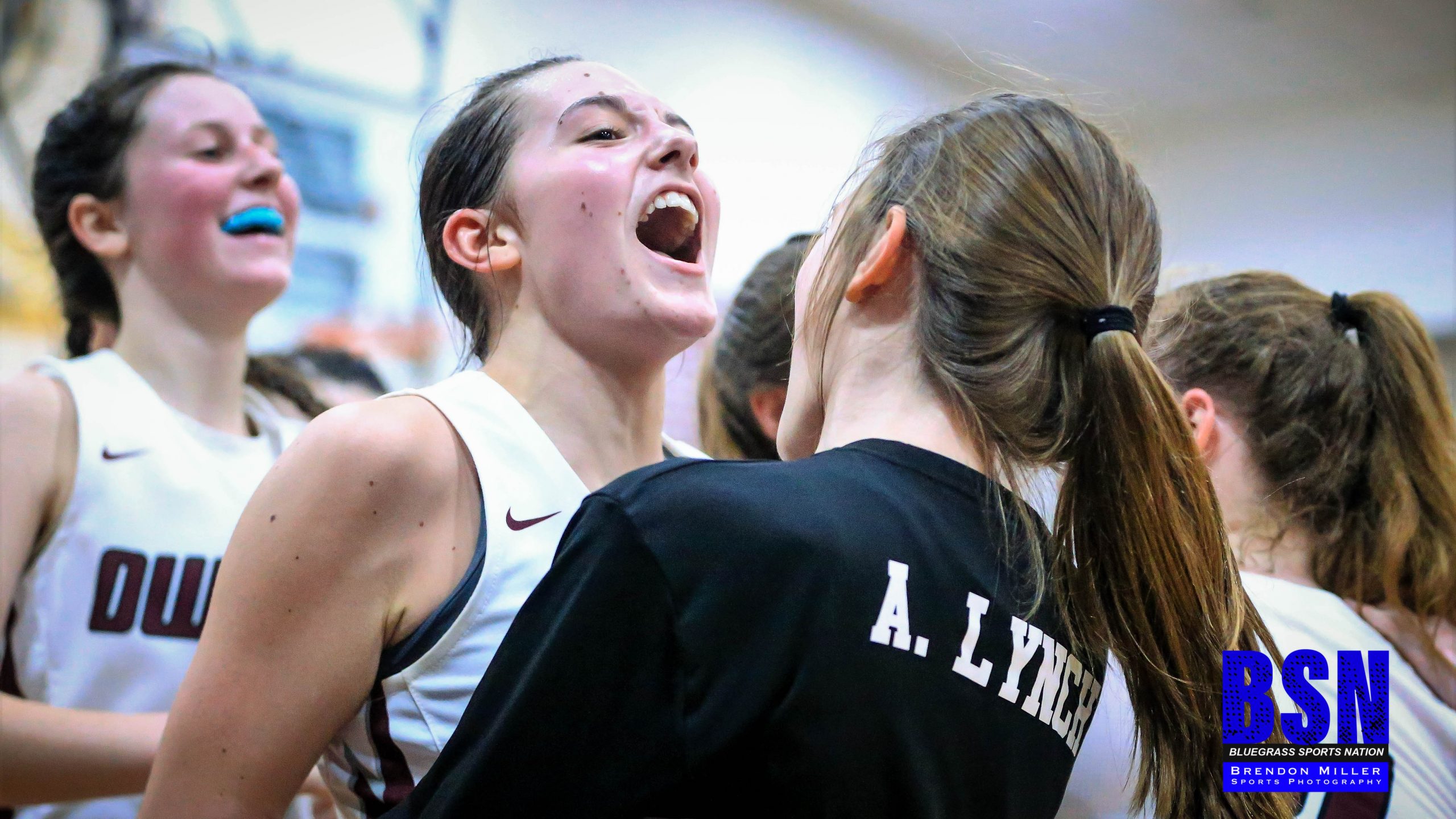 Two of the best teams in the 14th Region faced off on Monday Night in Booneville. The 15-8 Knott Central Lady Patriots came calling on the 16-7 Owsley County Lady Owls, and what was an outstanding match up of the best teams in the 53rd and 56th Districts. Knott came in with a 12-0 record against 14th Region teams on the season. The two had previously met on December 6th with Knott taking the win 76-68.

Before the game, Owsley County Coach Travis Smith presented Owsley County stand out Junior, Lexy Lynch with a 1,500 point ball as she recently passed the plateau for her career.

Knott began strong in the 1st Quarter behind six from Senior Natalie Slone and Kylie Gayheard added four. Lynch had four to lead the Owls. End of the 1st, Knott led 12-10.

Knott turned up the defensive intensity in the 2nd Quarter and Owsley County simply could not buy a basket. Owsley was held to two points on a single field goal by Amelia Murray in the frame. Keara Mullins had four for half of the Lady Patriots eight in the quarter. At the half, Knott Central led 20-12.

Knott got big 3rd quarters from Mullins with nine, and Slone with seven to open up the game in favor of the Lady Patriots. Lynch (eight) and Kenzie Herald (five) scored all 13 of the Lady Owl points to keep them in striking distance. At the end of the 3rd, Knott was in control by 13, 38-25.

Owsley turned on the pressure in the 4th Quarter and grabbed the momentum. Knott had trouble with the press as the Owls forced multiple turnovers and had several quick baskets. Lynch and Herald were outstanding in the run. Lynch poured in 11 in the Quarter to reach her game-high 25, and Herald had eight crucial points down the stretch to secure the win.

At the buzzer, the Lady Owls celebrated this important, resume building win. Coach Travis Smith indicated that this was the signature win that the Lady Owls needed heading into Tournament Time!!

What a show the young ladies for both teams put on in Booneville. BSN was fortunate to Webcast the game LIVE!!!