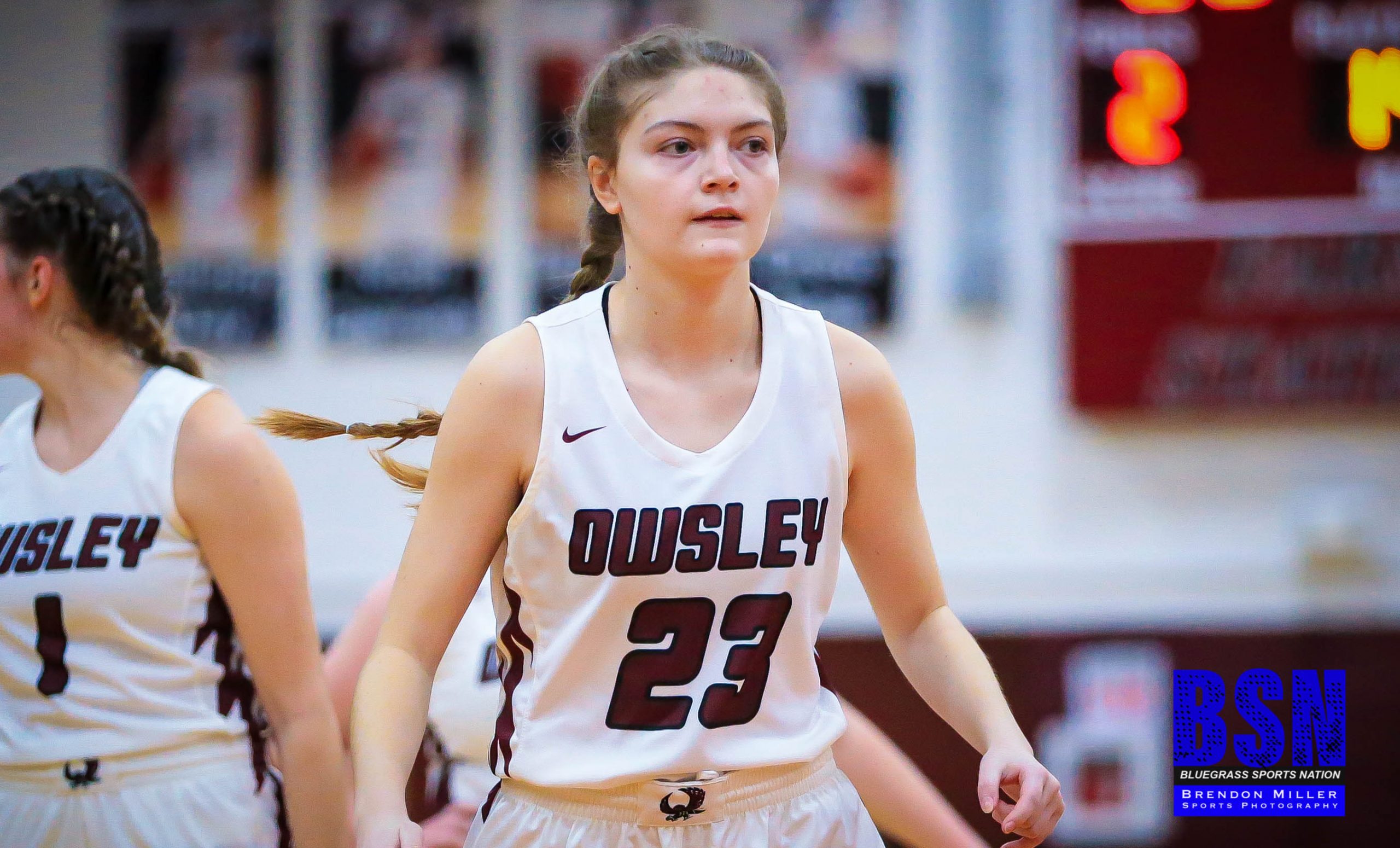 Coach Travis Smith and the Lady Owls continue to pickup win after win in this COVID strange, but storybook season to date in Booneville. Owsley was without their senior point guard Kenzie Herald due to sickness on Monday Night as the Lady Commodores of Perry Central came to the Palace for a 14th Region matchup.

This was Owsley’s first game after the disappointment of having to withdraw from the WYMT Mountain Classic last week due to COVID and the cancellation of their matchup with Leslie over the weekend for the same reason. The Lady Owls were a little rusty to start the game, but were able to gradually extend their lead and get the home dub over the Lady Commodores by double digits.

1st QUARTER
Lexy Lynch and Carly Smith both got off the mark with seven and five for 12 of the Lady Owls’ 13. Emmalee Neace had a 3-pointer and totaled four with baskets from Rani McIntyre and Kendra Lawson. At the first break, Owsley led 13-8.

2nd QUARTER
Amelia Murray had two buckets in the lane and Kerissa Shouse came off the bench to hit a 3-pointer, while Lynch hit two 3-pointers to total eight and Smith added four. Perry Eighth Grader Kyra McAlarnis had a 3-pointer and tallied five while Lexie Mullins also hit her first 3-pointer of the night. At the half, Owsley had increased their lead to 32-21.

3rd QUARTER
Eighth Grader Addison Terry, who started in place of Herald, had two baskets for four while Smith added five more along with Lynch six. The Lady Commodores were paced by Mullins with her second 3-pointer and had five. Headed to the 4th, Owsley was ahead 49 – 33.

4th QUARTER
The Lady Commodores tried to make multiple runs down the stretch with Katie Dunnigan hitting two 3-pointers for eight, McIntyre scoring five, and Neace netting six for her team-high 13. Owsley repelled each run as Shouse hit two big corner 3-pointers to put her in double figures at 10, Shelby Murray had two big baskets, and Lynch closed out the game with eight for her game-high 29.

The Lady Owls host Wolfe County on Wednesday Night, and visit Powell County on Friday Night, before heading to Richmond for the All A Classic State Tournament next Monday to face Hancock County in the first round.