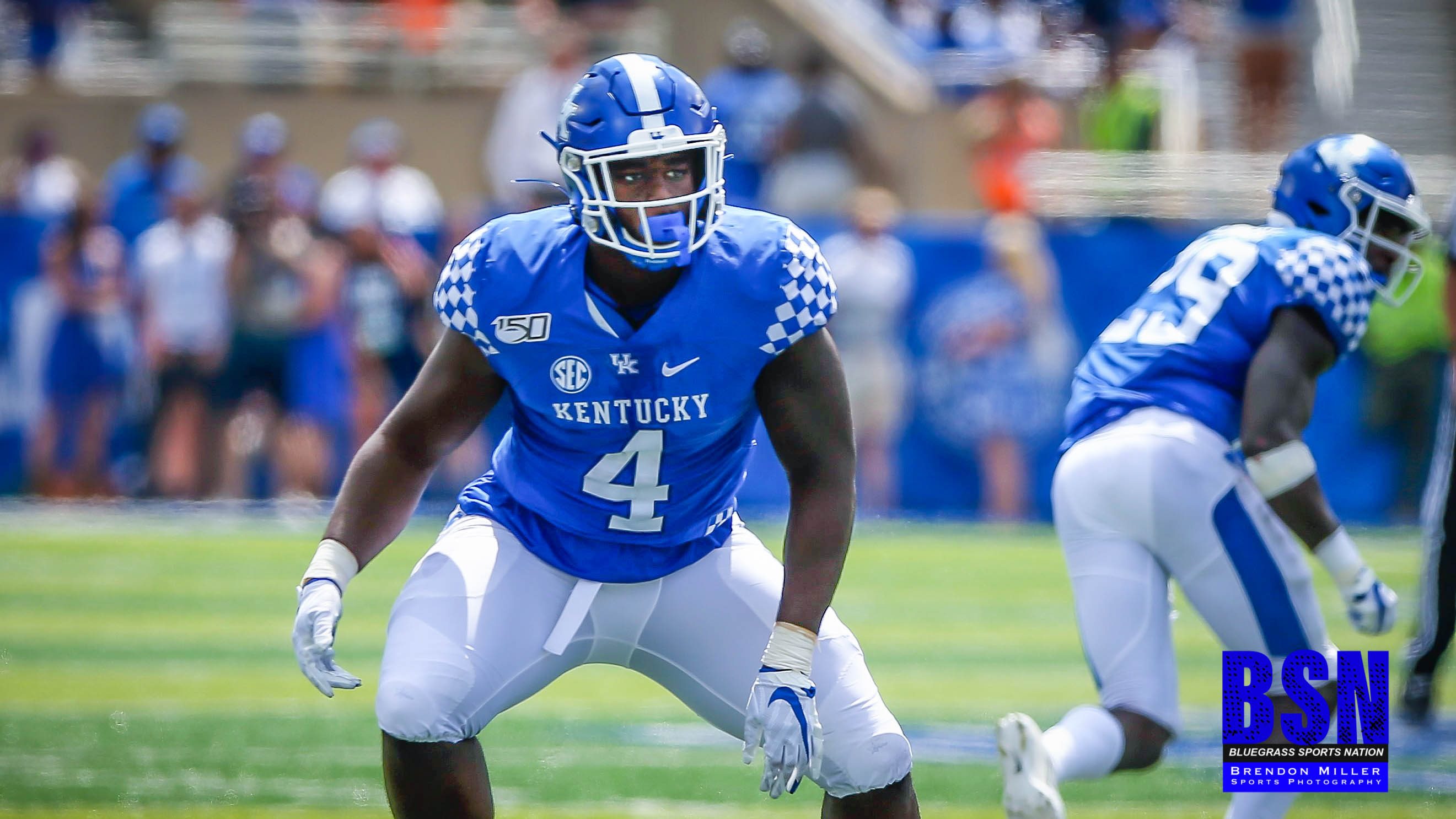 LEXINGTON, Ky. – Kentucky football’s Josh Paschal has been named a nominee for the 2019 Mayo Clinic Comeback Player of the Year Award, it was announced on Tuesday. Paschal is one of three players who represent the first three of 30 eventual nominees for the award given by the College Sports Information Directors of America, The Associated Press and the Fiesta Bowl Organization.

Paschal, a sophomore outside linebacker, has made an inspiring return to the football field after overcoming a malignant melanoma that appeared on the bottom of his foot just before training camp was to open in the summer of 2018. He underwent three surgeries and monthly immunotherapy treatments for more than a year before being cleared last month.

The Prince George’s County, Maryland native battled back to return on a limited basis for the final three games of the 2018 season and has made an immediate impact this season as a starter. In the Wildcats’ first two games, both wins, he has totaled nine tackles, three tackles for loss, a sack and a forced fumble.

Ten times during the 2019 college football season, three inspiring student-athletes from all levels of college football, who have overcome injury, illness or other challenges, will be recognized as Mayo Clinic Comeback Player of the Year Nominees by a panel of writers, editors and sports information directors from CoSIDA, AP and Touchdown Illustrated. CoSIDA members can nominate student-athletes at Comeback-Player.com.

At the end of the season, three of the nominees will be chosen as Mayo Clinic Comeback Player of the Year Award winners and will be recognized at a special ceremony during the College Football Playoff Semifinal at the PlayStation Fiesta Bowl at State Farm Stadium in Glendale, Ariz. Additionally, $30,000 will be donated in the names of the nine student-athletes selected as finalists to their school’s general scholarship fund, with $15,000 being awarded in the names of the three winners and $15,000 on behalf of the six named honorable mention.