Perry Comes Up Short in Overtime, 65-62 to Butler 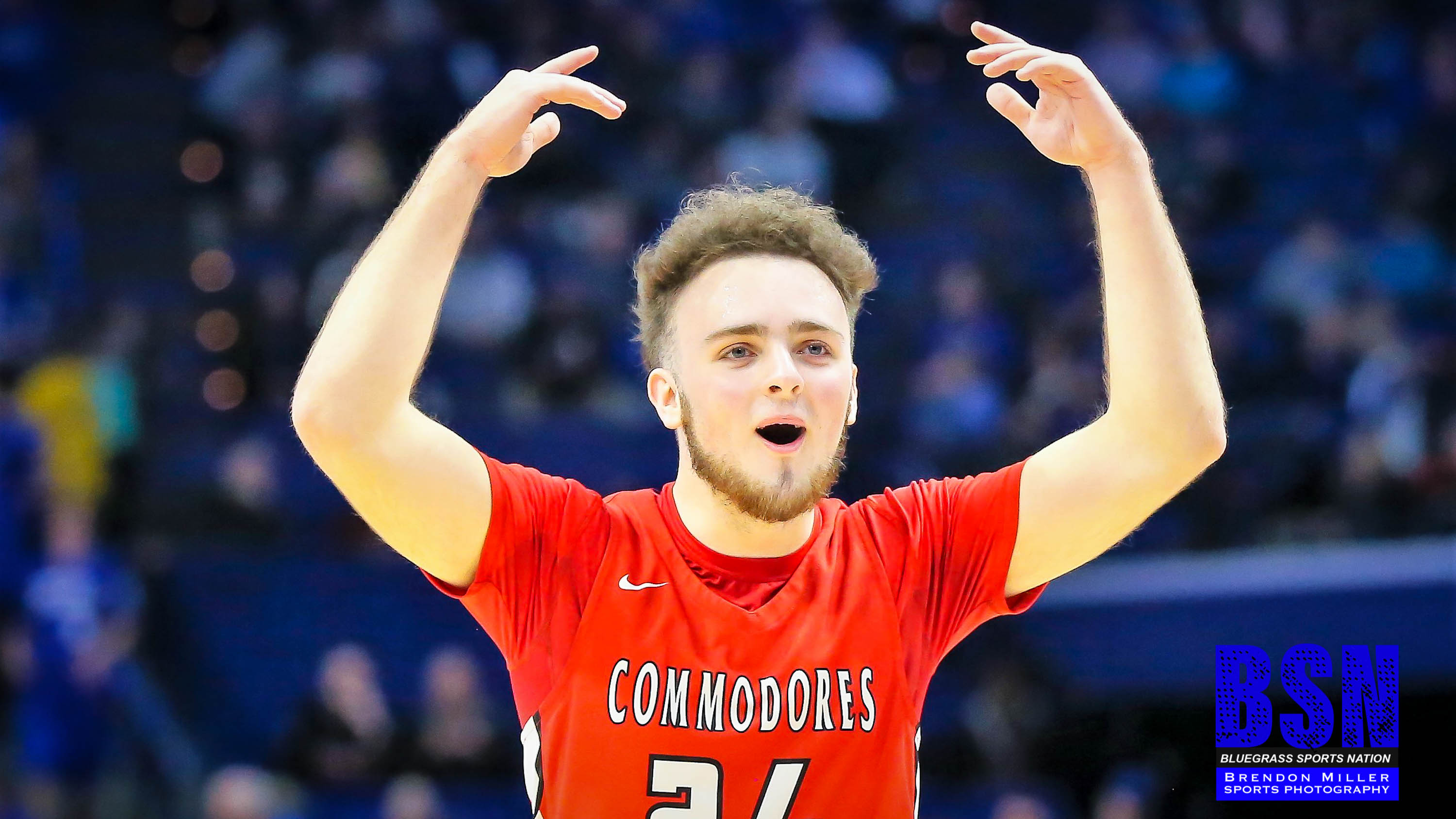 The Noahs’ – Caudill with 21 and Back with 17, lead Dores to close out careers.

Perry County Central competed in the Whitaker Bank/KHSAA Boys Sweet 16 Basketball Tournament taking on the 6th Region Champion the Butler Bears.  Perry was making their second trip to Rupp Arena in three years.  Perry’s road to the Sweet 16 included wins in the 14th Regional Tournament over Wolfe County 83-59, Knott Central 47-41, and cross-town rival Hazard 53-48, in a class to capture the 14th Regional crown.  Butler comes from the 6th Region the home of some of the state’s best in Pleasure Ridge Park, Bullitt East, and Jeffersontown.

Perry brought a large crowd to Rupp, with a sea of Red encompassing the Arena.  Perry opened the scoring on a Noah Back three pointer to put the Dores on the board.  Back then knocked down his second three to put Perry up 8-4.  Butler fed the post to Cameron Underwood who led Butler with six points in the quarter to pace Butler to 15-10 lead with 1:16 remaining in the quarter.  Perry’s Deandre Reed ended the quarter with three consecutive points, to pull Perry to four, 17-13 at the end of the first quarter.

Perry opened the second quarter with a five – zero run.  Reed contributed to the run with a drive and and – one.  Noah Caudill also scored two points in the run with a great post move.  Butler gained a little breathing room with the continued play of Underwood.  Underwood added eight in the quarter with excellent post moves.  Butler led 31-26 with 2:30 to go to the half when Perry took some momentum with a Jalyn Williams Dunk.  Noah Back added his third three pointer of the half to close the gap to 33-31 with 1:54, but Butler scored the last four points of the quarter and took 37- 31 lead into intermission.

Butler opened the second half scoring with a three pointer by Willard Minter, giving Bulter their largest lead of the game 40-31.  The Commodores then began to battle back as Back put the team on his back for a 11-0 Commodore run.  Back had five in the run, along with Dylan Chaney with 4, and Noah Caudill a basket.  The Commodores tied the game at 40 with 4:46 remaining on Back’s three, and took the lead on a Chaney layup.  Back knocked down another three (his fifth of the game) to put the Dores up 45-44 with 1:50 to go.  Turner capped the quarter with a three at the buzzer to put Perry in the lead at the end of the 34d, 49-45.

Turner opened the 4th quarter with a layup, and the Dores were on a run and grew the lead to their largest margin of nine at both the 5:50 mark (58-49) and 4:13 (60-51).  The Perry faithful were sensing a birth in the semi-finals, as the Perry players waived them into a frenzy.  Caudill was excellent in the paint in the 4th with eight points.  Butler began their comeback with a Marquis Dorsey three and Underwood continued to score in the lead, reducing the Commodore lead to four points with 3:09 remaining in the game.  The atmosphere was intense as fans on both sides were on their feet cheering with excitement.  The Bears continued the run and took a 61-60 lead on a Dorsey layup with 1:20 remaining in the game.  Marquis Frazier tied the game at 61 with a made free throw, and after a stop, Perry had the ball with with :02 and a chance to win.  Back fired a three from the right wing that rimmed in and out and we were headed to extra time, tied at 61.

The Bears went back to Underwood in overtime, creating problems inside for the Commodores.  The Bears jumped out to an early 63-61 lead.   Perry’s Jalyn Williams played prenominal defense routinely blocking shots when Butler drove to the basket.  In the closing seconds, Perry was forced to foul.  The Bears’ Maurice Tolley made two consecutive free throws giving the Bears a 65-52 lead with three seconds remaining in overtime.  Perry had one last shot, and once again the Commodores put the ball in 14th Region Player of the Year, Back’s hands.  Back was able to get off a deep three that fell short. Final:  65-62.

Perry County finishes the season with a record of 19-12.  The Commodores played a great game today and will loose several seniors from this year’s team including Noah Back, Noah Caudill, Camron Turner, Dylan Chaney, Jalyn Williams, Marquis Frazier and Jayden Neace.  Butler improves on the season with an overall record of 26-7.  Butler will play tomorrow night in the semi finals against Scott County.