Perry Runs Past Buckhorn 81-62 Behind Big Night From Reed 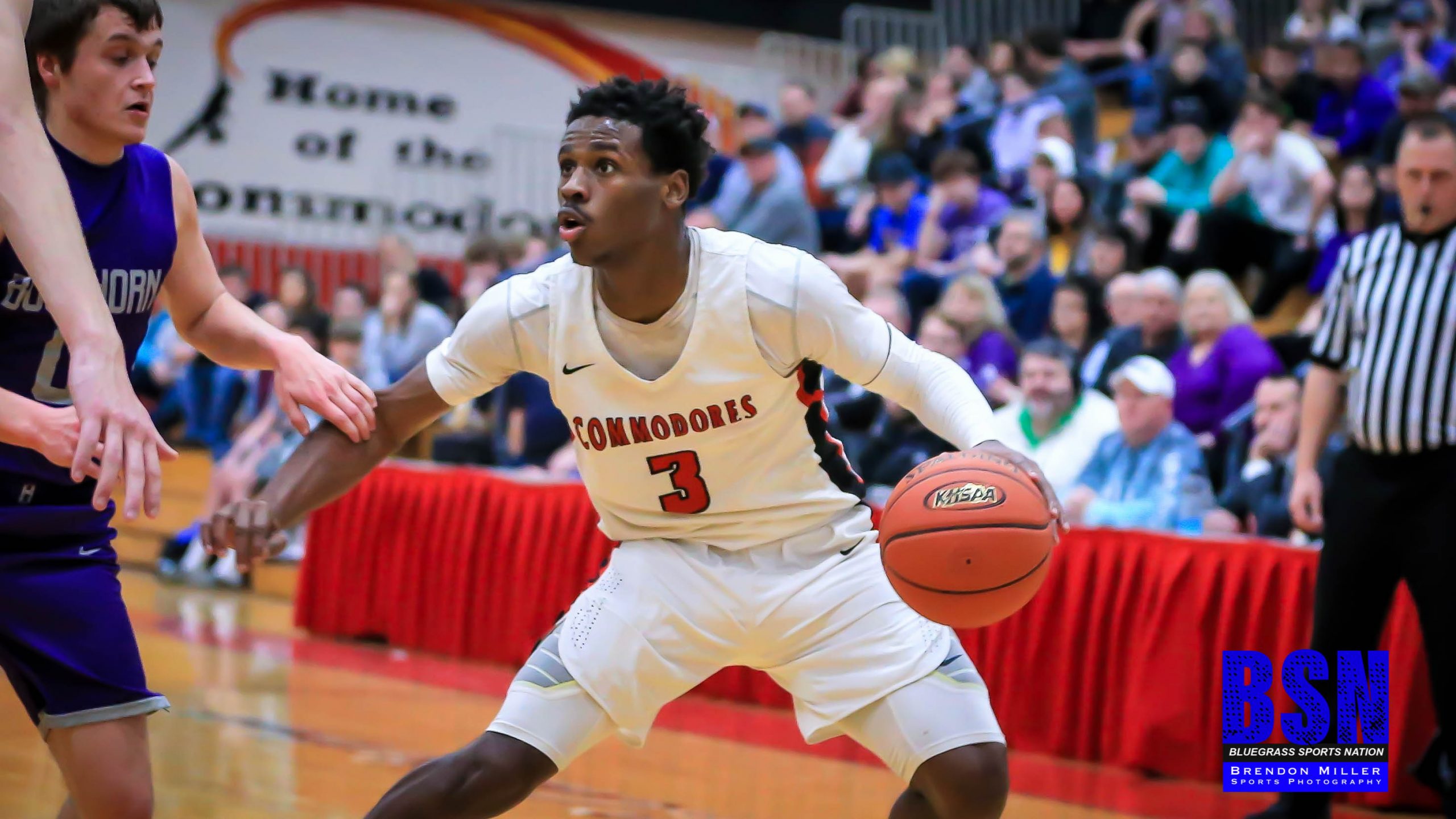 The Commodores started fast and finished strong to get the win over Buckhorn at John C. Combs Arena on Monday Night.

Perry opened the game in their fast-paced pressing style and ran to a 22-17 lead at the end of the 1st Quarter. Perry had balanced scoring in the Quarter with DeAndre Reed and Lance McKenzie both netting six, and Dawson Duff with five. Buckhorn was lead by Jacob Blank with eight.

Kobe Bowling brought the Wildcats back in the 2nd Quarter. Bowling had nine of Buckhorn’s 14. The Wildcats battled to tie the game at 30, but from there, Perry wend on a 9-1 run to finish the half leading 39-31. Reed matched Bowling’s nine in the Quarter, going five of six from the line.

Buckhorn played their best basketball of the night in the 3rd Quarter. Blank added eight toward his co-team-high of 20 in the Quarter. The teams headed to the 4th with Perry leading by six, 53-47.

In the 4th, Perry pressed and ran to outscore the Wildcats in the Quarter 28-15 to close out the game. Reed scored 11 of his game-high 28, and Cameron Fugate and Dillion Cornett each had six. Bowling added six in the Quarter to record his co-team-high 20.