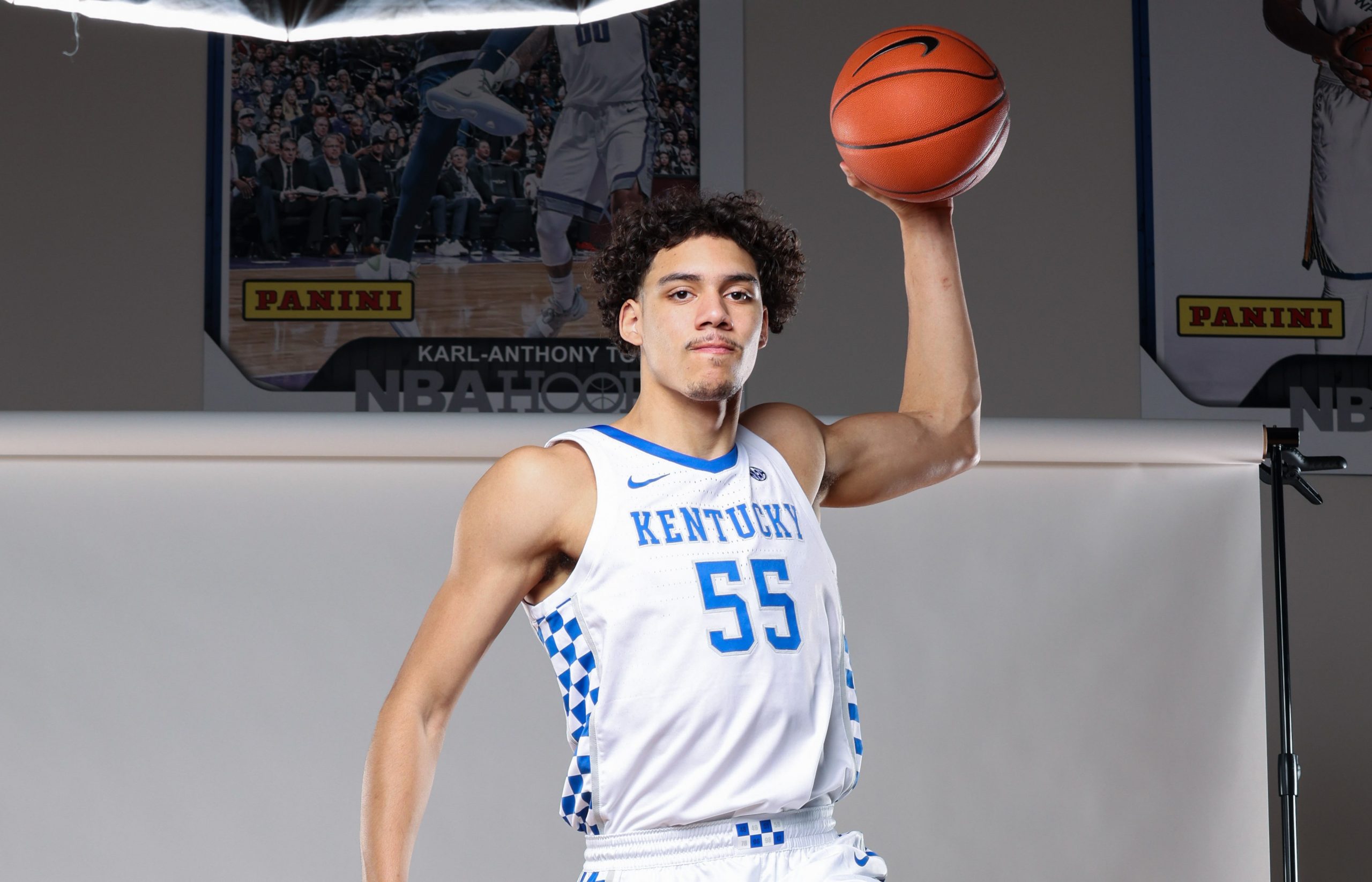 “We did a little workout and I’ve kind of been working with him and in contact with him ever since to this day,” he said. “That’s what kind of what helped me get sparked and felt the love for the game.”

Ware considers Ellison a mentor and prior to receiving motivation from him, Ware was a member of the swim team, played baseball and mostly video games.

“That was earlier in my childhood,” he said. “Then I stopped really doing anything. I used to play a lot of video games – like, all of the time. I never wanted to go outside. I was kind of just stuck in the house for hours at a time. I was playing video games with my friends all day.”

Now, Ware, 6-foot-9, spends most of his time on the court and is a player that will bring energy to the floor as a freshman this season.

“I definitely try to just mix things up, attack the glass and just play with a lot of energy because sometimes that’s half the battle,” he said. “Just try to get your team going and if someone doesn’t bring the energy and the fact that they see me playing hard or chasing loose rebounds and doing all of the little stuff, it just rubs off on the team in a positive way. So, that’s kind of what I do.”

During preseason workouts, Ware has gotten familiar with the Wildcats’ offense and feels at ease with Kentucky coach John Calipari’s scheme.

“I feel comfortable with my pick-and-pop game and just being comfortable with being able to shoot it when I get it,” he said. “I spend a lot of time in the gym with Tony Barbee and just try to get my jump shot where it needs to be. So, it’s something I’m constantly improving every night. So, when I put in the work, I obviously build confidence, so I feel confident.”

Although he’s learning the system quickly, Ware also is working on his “mid-post with a catch and face-up game.” He also is consistently improving his jump shot.

“I’ve been in the gym countless hours trying to get my form better and just fix a whole bunch of little things that I have with my jump shot. I’m trying to extend my range some,” he said. “It’s gotten way better and I can see that the work that I’ve been putting in is paying off. So, that’s probably one of the biggest things I’ve seen the change in my game and probably just some little stuff, little technical stuff. Just trying to read the ball when it comes off the rim and just trying to get to know my players, my teammates, so I can kind of know where their misses are. Just stuff like that, little stuff.”

During the recruiting process, Ware said “Kentucky kind of sold itself” and he didn’t rely on outside influences.

“I didn’t really need any players to tell me anything because I knew what Coach Cal could do for all of us and that’s kind of why we all came here,” he said. “… But just the atmosphere of the fans and the coaching staff and just being able to see that Cal knows what he’s doing and knows what he’s talking about. I just felt like it was a good situation for me.”