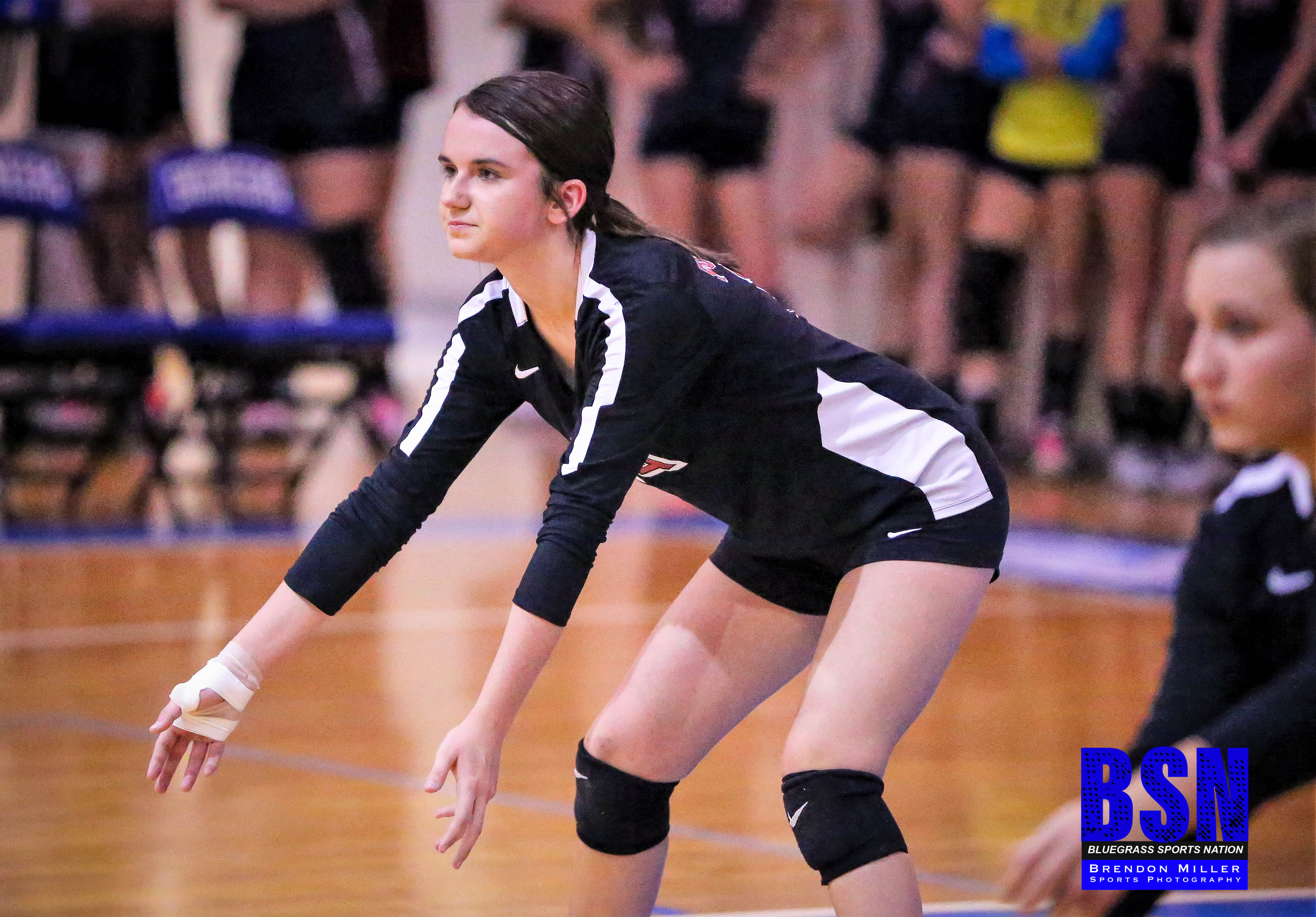 Powell outlasted Wolfe in Four sets in the first round of the 14th Region Volleyball Tournament to advance to the Semi-Finals on Wednesday Night.

This match was highly anticipated as soon as the draw came out last Friday as Powell (24-8) and Wolfe (18-15) were each pre-tournament favorites.

Coach Ben White’s Lady Wolves surged back in set 2 taking an early lead only to have the Lady Pirates come back to make the set close, but Wolfe ultimately prevailed 25-19 to even the match.

The third set determined the match. Powell took an early lead only to see Wolfe storm back and lead deep in the set on multiple kills by Kilee Lawson. Both sides brought significant fans and the gym was alive with energy during the set with some of the best play of the night on both sides. Powell fought back and scored the final three points to win the set 26-24.

In the 4th set, Powell again jumped out to a large lead scoring the first six points of the set and eventually leading 7-1. Wolfe again made a comeback behind 14th Region Player of the Year Hailey Stone, but the Lady Pirates prevailed 25-23 to head to the semi’s.

The win was Powell’s 14th Region leading 25th on the season, under veteran Head Coach Ken Jones. Wolfe finishes their season at 18-16.

Powell will take on Leslie County on Wednesday night with the match to begin at 6:00.