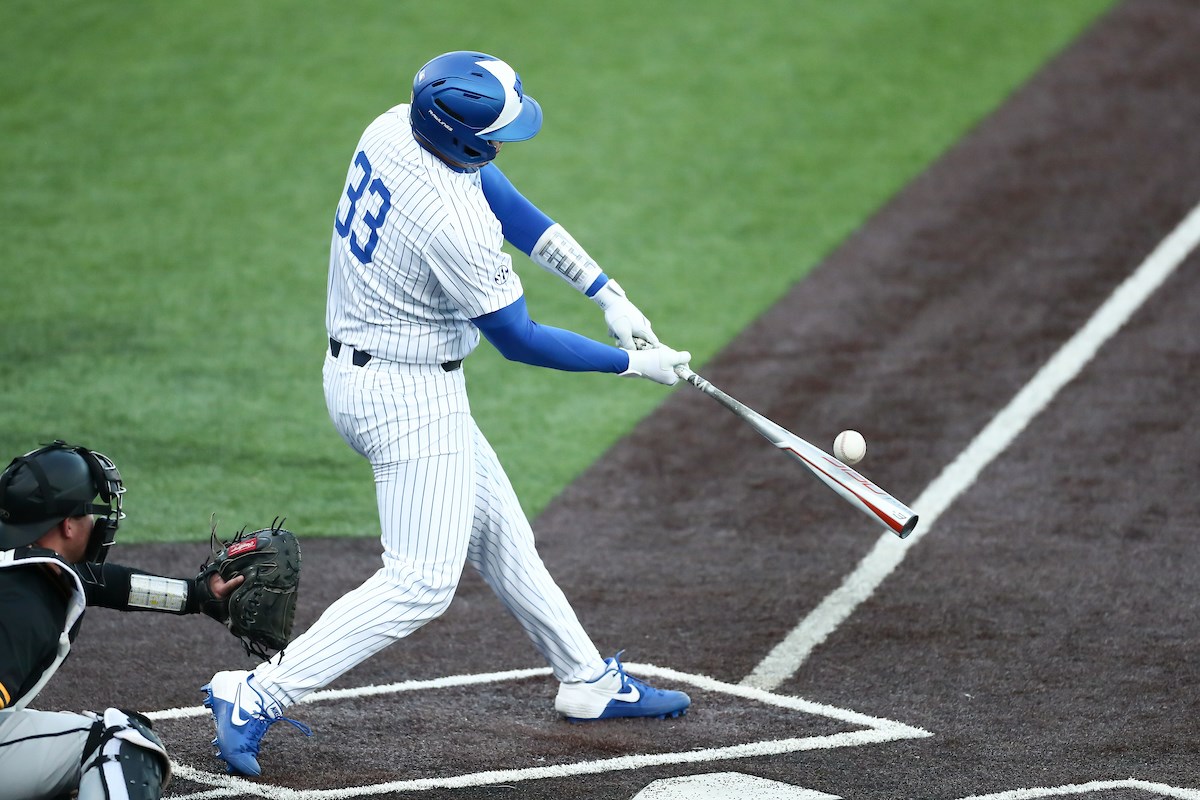 LEXINGTON, Ky. – Trae Harmon clubbed his second home run of the season, T.J. Collett added a moonshot of his own and Jimmy Ramsey picked up his first win of the season as Kentucky throttled Appalachian State, 7-3, in the first game of a three-game weekend series at Kentucky Proud Park on Friday.

The win was the 24th consecutive victory for UK over a non-Power Five conference opponent dating to the 2018 season. The Wildcats also tied the school-record of 124 consecutive games without being shutout and now have scored in 200 straight nine-inning games, the lone exception being a shortened seven-inning affair in the 2017 Southeastern Conference Tournament.

Harmon, a sophomore slugger from Somerset, Kentucky, put the Cats on the board with a mammoth home run in the fourth inning, his second blast in the first eight at-bats of the season for him. The towering drive cleared the UK bullpen and concourse beyond the left field wall before slamming off a secondary fence.

Collett immediately followed with a double to the wall in right field and scored when Austin Schultz doubled into the right field corner to give the Cats a 2-0 lead they would not relinquish. Collett later hit just the third home run to centerfield in Kentucky Proud Park’s two seasons, while Schultz continued his sizzling week that has seen him smack three extra-base hits and drive in seven runs in just eight at-bats.

UK starting pitcher Jimmy Ramsey pitched an effective 5.1 innings to secure the win, allowing just two runs on two hits before giving way to freshman Cole Stupp and sophomore Hunter Rigsby, who struck out the side in the ninth.

Bottom 6th – Jaren Shelby walked, stole second, advanced to third on a wild pitch and scored on a throwing error by the catcher. UK 6, APP. STATE 3.

The series against Appalachian State continues at Kentucky Proud Park on Saturday, Feb. 22 at 1 p.m. ET. The game will be aired on SECN+. The radio call will be on the UK Sports Network.