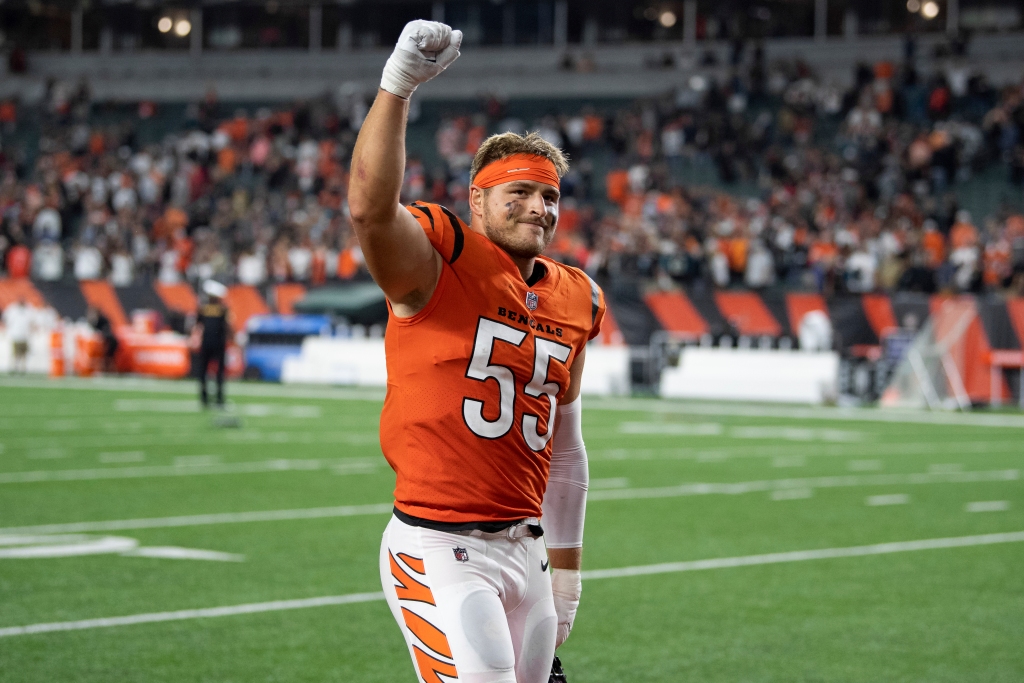 Don’t look now but the Cincinnati Bengals are sitting alone in first place of the AFC North on the first day of October. Who would have believed it after Cincinnati’s loss to Chicago three weeks ago?

Since then the Bengals have cleared some hurdles that Cincinnati fans aren’t used to seeing. They handed division rival Pittsburgh a loss at Heinz Field for the first time since 2015 while spotting Jacksonville a 14-0 lead during prime time on NFL Network on Thursday and came away with a 24-21 win.

These Bengals are earning their stripes. Rookie kicker Evan McPherson made up for an earlier missed field goal and knocked down the game-winning 35-yard field goal as time expired to move Cincinnati to 3-1 and all alone for the time being in the AFC North.

Joe Burrow turned in one of his best efforts of his young career, recording his first-ever fourth quarter comeback while throwing for 348 yards and two touchdowns. Tight end C.J. Uzomah had a game to remember, finishing with five catches for 95 yards and two touchdowns. His 31-yard catch against the blitz late in the fourth quarter set up McPherson’s game-winning field goal.

Tyler Boyd led the Bengals with nine receptions and 118 yards while Ja’Marr Chase finished with six receptions and 77 yards. Joe Mixon turned in another stellar effort. His rushing touchdown in the third quarter tied the game at 14 apiece after the Bengals went into the locker room trailing, 14-0. Mixon finished with 67 rushing yards and 16 carries while finding pay dirt once.

Defensively, Logan Wilson turned in another impressive game, recording four tackles and one sack while making a key tackle on fourth and goal from the one-yard line that kept the score at 14-0 in the Jaguars’ favor. Cincinnati outgained Jacksonville in total yardage, 420-341, while the offensive line allowed only one sack.

The Bengals will be back in action Sunday, Oct. 10 when Aaron Rodgers and the Green Bay Packers pay a visit to Paul Brown Stadium.