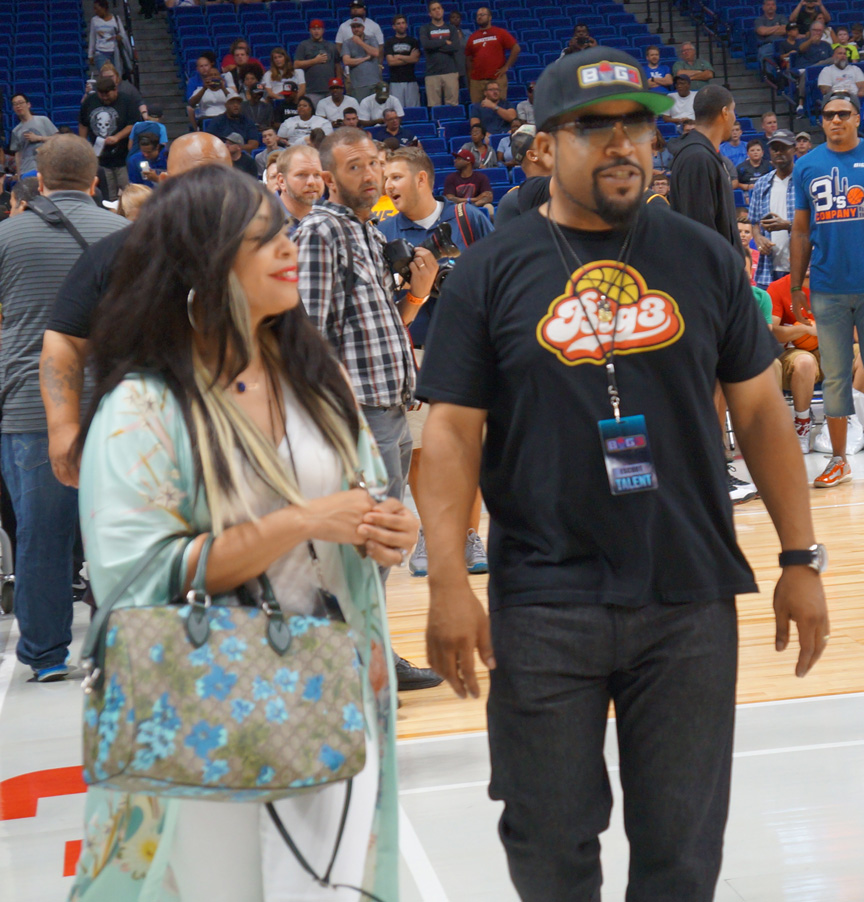 BIG3 made it’s Lexington debut with its week 7 games being held in Rupp Arena. The BIG3 is a newly established league of 3 on 3 basketball featuring some of ex NBA stars including Allen Iverson, Gary Payton (coach), and Kenyon Martin just to name a few.

At every tour destination, all 8 teams play each other in a four-game series. The winner is decided in each game by the team who scores 50 points first. (win by two) There is even a four-point shot marked in a circle at three different locations on the half court the game is played on.

The first game of the night ended with an easy win for the Three Headed Monsters. Despite an 11-point effort by Derrick Byars, the Ball Hogs only scored 34 points for the entire game. The 50 points scored by the Three Headed Monsters was led by a 17 point and 11 rebound performance by Rashad Lewis. The win gave the Monsters a 6-1 record putting them firmly in second place in the league.

The second game was a matchup between two teams with the same records and the game would be a close finish. Killer 3s pulled out to a 26 to 21 lead at halftime with great play from Stephen Jackson (25 total points). However, in the second half, 3’s Company came surging back squeaking out a close 51 to 48 victory. Andrew Owens hit 2 three pointers to on his way to a 20 point finish.

The undefeated Trilogy team was challenged by Power in the most physical game of the night. Tempers were high as Trilogy’s Kenyon Martin would start harassing the entire Power team from the bench. The physical play resulted in two technical fouls called and the referees having to separate players on multiple occasions. Trilogy was down 11 at the end of the first half, but they came storming back in the second half to outscore Power by 16 points and win 50 to 45. Rashad McCants scored 20 points in the victory while also leading the team in rebounds with 8.

The final game of the night was a close battle between Ghost Ballers and Tri-State. Tri- State’s, Bonzi Wells, was the player of the game scoring 18 points and passing for 3 assists. Ricky Davis led the Ghost Ballers with 15 points but it wouldn’t be enough to pull out the win. The final score was 51 to 43 with the advantage going to Tri-State. The win keeps Tri-state from being last in the league after the Ball Hogs lost earlier in the day.

Next week the Big3 travels to Seattle, Washington to wrap up its regular season. On August 26th the championship will be held in Las Vegas.