Pro Football – Cryin’ about Tigers and Bears, Oh My! —By John Huang 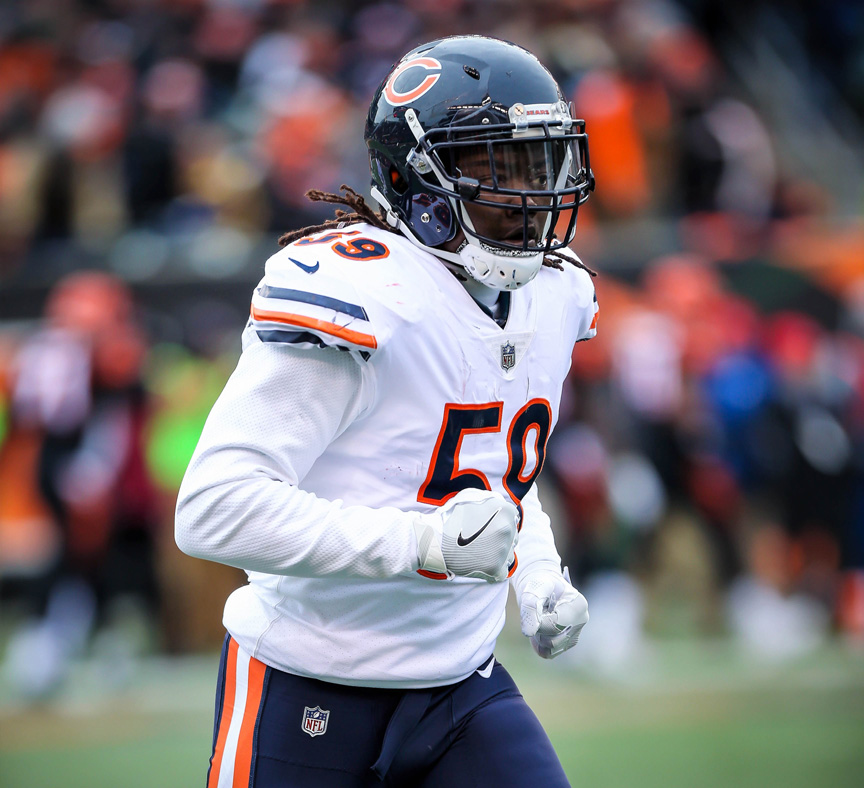 (CINCINNATI, Oh.) — Last Monday night’s loss to the Pittsburgh Steelers was like a punch to the Bengals’ solar plexus. As Chris Boswell’s 43-yard field goal sailed through the uprights, a discernably audible gasp could be heard circulating throughout the environs of Paul Brown Stadium and beyond. Not only did the Bengals lose, they lost in spectacularly sordid fashion—blowing a 17-0 lead by committing a franchise record of 173 yards in penalties. Although not mathematically eliminated from playoff consideration, the gasp you heard was the Bengals’ hopes for post-season play escaping from the soul of their perennially disheartened fan base.

Six days later, the Chicago Bears come to town and I’m trying to figure out why anyone still maintains even a smidgeon of interest in the outcome of this one. Perhaps it’s because long-suffering Bengal fans compare their allegiance to that of Charlie Brown—forever hopeful that next year will be the year they finally break through their self-inflicted pain and misery, and kick Lucy’s elusive football. Chicago comes in at 3-9, and the Bears’ ever-present woes have instilled in their fans a similar mindset—always struggling to forgive past indiscretions in exchange for hopes of future glory.

Bo Stamper, a talented photographer friend of mine and avid Bears rooter, recently lamented, “No Super Bowl appearances since 2006, and it’s been shattered expectations ever since. Three head coaches, three general managers, botched draft picks, the Cutler experiment, and injuries…oh, the injuries…have all eaten away at any slivers of hope that build up over the summer.”

Karli Bell of WYMT-TV, another life-long Bears fan and colleague, concurred. “God, it’s heartbreaking,” she bemoaned. “Bears’ fans get their hopes up every year, whether it was the new quarterback or John Fox, but it never comes to fruition. It’s frustrating to say the least.”

Prior to kickoff, I walk curiously through the stadium lots, looking for signs of life among the die-hard tailgaters from both hard-luck franchises. Granted, it’s barely above freezing, but even by usual standards, the crowd seems a bit sparse and subdued. It’s hard enough to get into a joyful spirit during the cold weather season when your team is doing well, but it’s nearly impossible to remain hopeful in the shivering shadows of the stadium parking garage and the concrete rubble of a regular season disaster. The focus outside, as it should be, is on the food being cooked and little else. At Bengals/Bears NFL games, there’s plenty of time to drown your sorrows with the free-flowing beer at the concession stands once inside the stadium.

Today, the Bengals were the team trying to kick Lucy’s football without much success. Cincinnati appeared as if they forgot to get off the team bus in time for kickoff as the Bears moved the ball at will while grabbing a 12-7 halftime lead. With all their injuries, the Bengal sidelines resembled a MASH unit—as their offense stumbled and bumbled their way through the first thirty minutes as if still hungover from the Steeler Monday Night debacle.

The second half was no more palatable for Bengals’ fans. Mitch Trubisky and Jordan Howard looked as if they were playing against me, passing and gashing out yardage as defenders looked on helplessly. Mercifully, the clock ticked down quickly in the fourth quarter as disgruntled fans poured out of the exits. Final Score: Chicago 33, Cincinnati 7.

The announced attendance for this game was 52,002, but the actual fannies in the seats numbered about half that many. I left Paul Brown Stadium wondering why any of those hardy souls continue to come and watch either of these two franchises. Year after year, there’s just too much pain and suffering involved to risk investing three hours of your life every Sunday. Even when they win, it seems it’s all for naught—just a temporary respite to the eventual heartbreak that is sure to follow. I asked Mark Buerger, WLAP radio personality famous for his Bengal rants, why he keeps putting himself through the misery.

“Why does anybody continue to follow terrible sports teams?” he answered me rhetorically. “How were people Cubs fans for so long? It’s just what I’ve always done. I was born the same year as the Bengals. My parents were original season ticket holders. I used to go to games with my dad. It was always just a big part of Sundays for my family…but I don’t get emotionally invested in what’s happening at all anymore. I still watch games, but I never expect them to win.”

For Bengal and Bears fans everywhere, those are wise words to heed—a defense mechanism of sorts. Just like Charlie Brown, the dream is to eventually kick Lucy’s football, but the reality is that you probably never will. There’s a lesson in there somewhere. If your team forever stinks, you might as well enjoy the brats and beer along the way. Who Dey!

John Huang is a regional columnist who covers Bengals Football for Bluegrass Sports Nation. If you enjoy his writing, you can read more at www.huangswhinings.com or follow him on Twitter @KYHuangs.