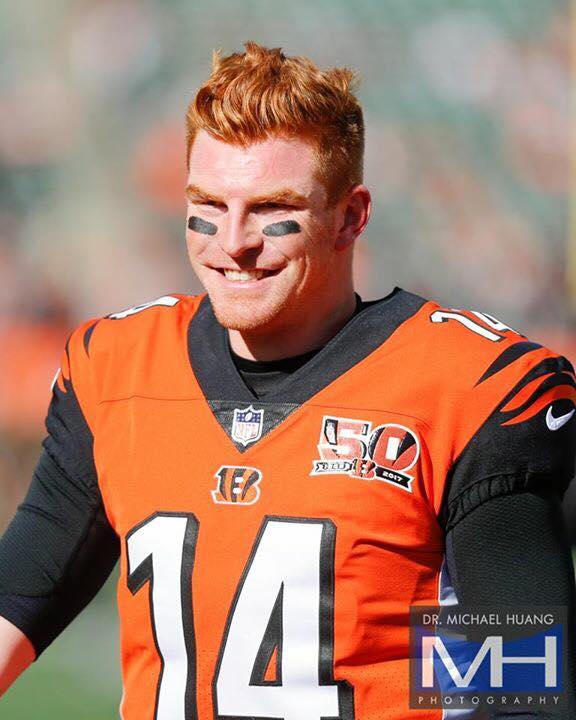 (CINCINNATI, Oh.) — Like the prodigal son, the Cincinnati Bengals finally returned home this week from a long and winding road trip. For the past three consecutive Sundays, the much-maligned misfits in striped helmets suffered painful defeats at the hands of Jacksonville (23-7) and Tennessee (24-20), before rebounding to squeak by Denver (20-17) in the most recent Mile High City matchup.

During the road swing, both A.J. Green and Vontaze Burfict were unceremoniously ejected. Their top draft pick, John Ross, unexplainably remains chained to the bench. Cincinnati’s offensive line continues to be a certifiable disaster, as their running game disintegrates into relative obscurity. The Bengals rank last in the NFL in total yards and total plays. They’re next to last in time of possession. Despite all their travails—and thanks partly to a 100-yard interception return against the Broncos by Dre Kirkpatrick–the Bengals are hanging on at 4-6, miraculously just one game out of the AFC playoff wild-card hunt. For their long-suffering fans, the rest of this roller coaster season promises more drama than a hastily cancelled soap opera.

Earlier today, the Cleveland Browns stumbled into Paul Brown Stadium like the fattened calf ready for slaughter. There’s nothing quite like feasting on your winless division rivals—and the Bengals did just that, flexing their ground and pound muscles for the first time all year. Rookie Joe Mixon had his welcome-to-the-NFL breakout game with 23 carries, 114 yards, and a touchdown as the Bengals defeated the Browns 30-16 in the Battle of Ohio. Quarterback Andy Dalton as game manager was more than adequate, going 18-28 for 214 yards and two touchdowns. At 5-6, Cincinnati now controls their own playoff destiny with a colossal Monday Night matchup against the Pittsburgh Steelers coming up next week.

There aren’t many positions in the sports world more prestigious than that of an NFL quarterback. It’s a rather select group with only 32 members in the starting fraternity. One of those elite club members is Bengals quarterback Andy Dalton. The red rifle from Katy, Texas has born the brunt of many a sling and arrow since being selected in the second round of the 2011 draft.

Watching Andy Dalton on the field this year has been painful. Watching him give post-game interviews after being pummeled like a rag doll is downright comical. He’s polite and accommodating to a fault. He appears to always be engaged and thoughtful. The guy is irritatingly unflappable, always saying the right things as if he’s a robot programmed by the commissioner himself. ”It’s all about winning in this league,” he said after the Bengals opened the season 0-3. “And we haven’t done that yet. We’ve put ourselves behind to get where we want to go. We have to start winning and we have to start winning now.”

Rather than throw his teammates under the bus, Dalton parries pointed questions like a seasoned welterweight prize fighter. “I’ve got to make the throw and make the play regardless of what’s going on,” he answers calmly while putting the onus on himself. “I’ve obviously got to play better.”

Even when pressed about the ineptness of his offensive line, Dalton refuses to blink. “There’s been different games—different flows to different games,” he said when asked if he ever remembered getting as much pressure. “We were able to overcome it. That’s what it comes down to.”

For once, I’d love Dalton to say what he really thinks, but he’s too much of a professional to sink to that level. Sorry, I can’t help but chuckle as he always takes the high road with reporters. It’s just that the flaming red hair and goofy Howdy Doody grin are totally incongruent with the scripted rhetoric coming directly out of his mouth.

Off the field, Dalton is a pillar of the Cincinnati community. His charitable foundation provides daily support as well as life-changing experiences to seriously ill and physically challenged children and their families. He’s a familiar face at many local and civic fund-raising events. He’s well respected by municipal and neighborhood leaders alike. Other than the fact that creamed corn is his favorite Thanksgiving side dish, he’s almost a bit too perfect—off the field that is.

On the field, Andy Dalton is still trying to perfect his game even as critics try to run him out of town. Sure, he’s no Brady, Rodgers, or Brees—at least not yet—but for the Cincinnati Bengals, Raggedy Andy is more than they currently deserve.