Raiders of the Lost Art

The Bengals closed out the home portion of their 2018 schedule with a surprisingly dominating 30-16 victory over the Oakland Raiders. 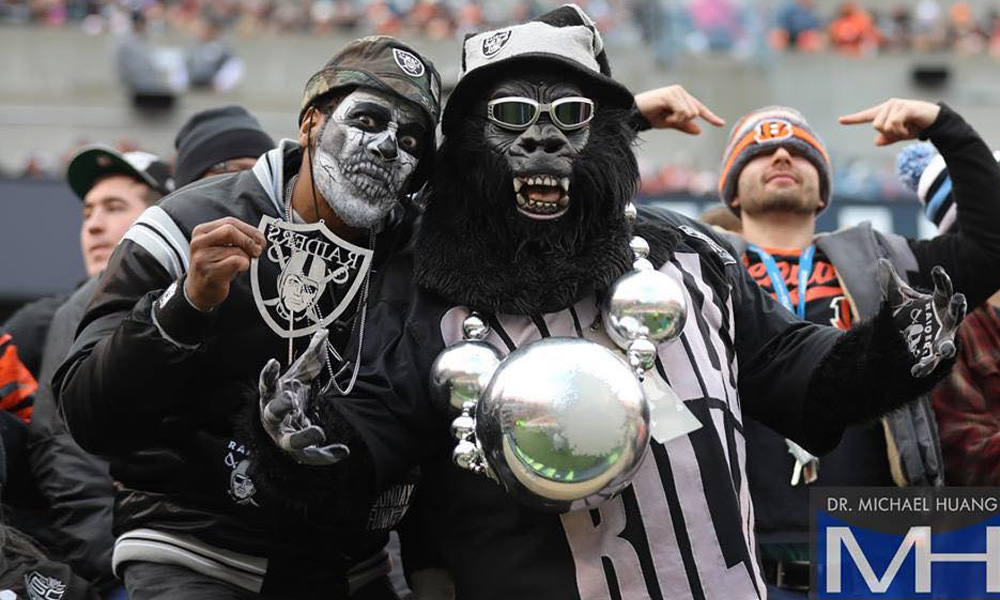 The Bengals closed out the home portion of their 2018 schedule with a surprisingly dominating 30-16 victory over the Oakland Raiders. Unfortunately, the win did little to assuage the damage already inflicted in the psyche of the fan base. A season that started with such high expectations had morphed into the usual miasma of ineptitude, coordinator firings, and indifference that we have come to expect from a Marvin Lewis coached team. The reality is that Cincinnati (6-8) has lost eight out of their last ten games and won’t sniff the playoffs for at least another year. If game day attendance is any indication of satisfaction with the current regime, then it’s obvious that a change is needed, as fans have stayed away in droves.

Appropriately, the swan song on this given Sunday was against the big bad Oakland Raiders—the John Gruden coached team descended from the likes of Kenny Stabler, Fred Biletnikoff, and Coach John Madden. Despite a dozen year hiatus to Los Angeles and the impending move to Vegas in 2020, the Silver and Black to me has always been quintessential Oakland. With the Bengals faithful like rats deserting a sinking ship, the always well-coiffed supporters of Raider Nation did their best to make themselves seen and heard throughout Paul Brown Stadium.

They didn’t have much to cheer for. Behind a decimated offensive line, Raider quarterback Derek Carr was sacked five times and continuously pressured throughout the afternoon. His 5-year, $125 million-dollar arm was held to 21/38 passing for 263 yards and a touchdown. Even against the worst defense in the league, Oakland failed to generate much offense early, fell behind quickly, and came up short in the end.

For the Bengals, running back Joe Mixon has been one bright spot spinning in a vortex of never-ending darkness. The 2nd-round draft pick from Oklahoma rushed a career-high 27 times for 129 yards and 2 touchdowns. Third year wideout Tyler Boyd has also shown some spark, surpassing the thousand-yard receiving mark for the year with his stat line of 4 catches for 38 yards and a touchdown. When he left the game late in the first half with a knee injury, the Bengals essentially lost half their offense.

Afterwards, rather than sit through another mindless Marvin Lewis press conference devoid of either useful information or soundbites, I decided to head on over to the visitor’s side. There I was treated to an NFL-worthy press conference—John Gruden style. Despite the loss, “Chucky” was on from the get-go—enthusiastically answering questions, thoughtfully analyzing game strategy, and giving reporters his take on the remainder of the season.

“I want to see us finish with authority,” he answered with his patented grimace. “With as much juice as we have, and with as much heart and soul as we can showcase. That’s what we’re going to do.”

Unlike their vanquishing counterparts, the Raiders (3-11) seem to have some semblance of hope as they look ahead to next year. They’ve already launched into a front-office reshuffle in preparation for Gruden’s second year back with the team. Quarterback Derek Carr seems to have found a comfort zone within Gruden’s offense, and the return of a healthy offensive line next year should breed confidence and success for the former Fresno State standout. “We don’t have any quitters,” he said. “We have a lot of good dudes. We’re going to finish the right way. Every team that plays us knows that we’re going to bring it. They know that we’re going to play football.”

Meanwhile, back by the Bengals’ locker room, Marvin’s microphone rang expectantly hollow. “I have no control over that,” he answered condescendingly when asked about all the empty seats in the stadium.

Bengals fans are exasperated and crying out for a much-needed change. Big questions need to be answered in the offseason. Will Marvin stay? Who’s going to attempt to resurrect the horrific defense? Can real change happen with owner Mike Brown calling the shots? With three straight losing seasons, Cincinnati hungers to recapture that long lost art—the art of winning football games in the National Football League.

Dr. John Huang covers professional sports for Bluegrass Sports Nation and Sports View America. If you enjoy his writing, you can read more at www.huangswhinings.com or follow him on Twitter @KYHuangs.