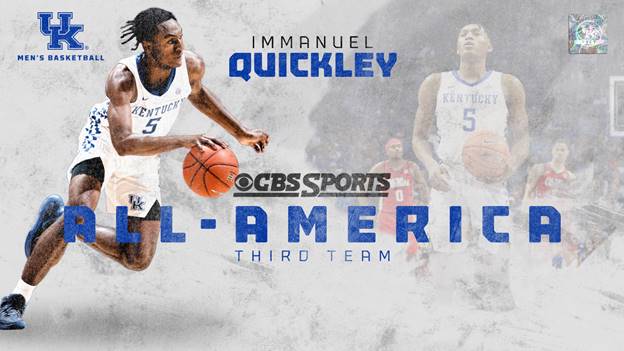 The CBS Sports All-America Team was decided by a panel of the CBS writers.

The All-America honors are Quickley’s second of the postseason. Last week he was named to the Bleacher Report All-America Third Team, in addition to being named Southeastern Conference Player of the Year by the league’s coaches, All-SEC First Team honors by both the league’s coaches and the Associated Press, and U.S. Basketball Writers Association District IV Player of the Year distinction.

Quickley is looking to become the 12th player under John Calipari to earn All-America honors from one of the four major organizations.