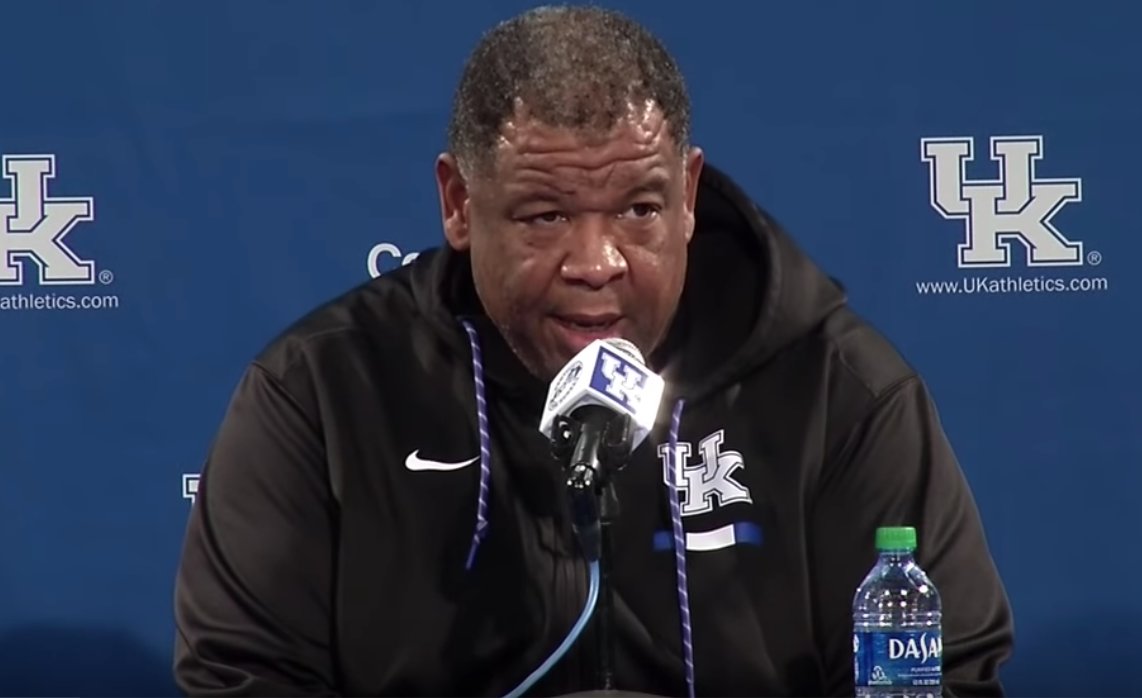 Vince Marrow was torn, but in the end, he wanted to stay at the University of Kentucky.

Marrow turned down a chance to join Mel Tucker’s staff at Michgan State after enduing offers and counteroffers after Tucker was hired as coach of the Spartans earlier this week.

“We’re very close,” Marrow said of his relationship with Tucker. “It was very hard. But I’m also close to the red head guy too (Mark Stoops) and we grew up together. It was just hard. I can’t put it any other way. It was very hard. He really wanted me, and they really made an effort.

“The last three days, you had to give money and a raise, and I wouldn’t  wish that on anyone, especially when its two friends. Now I know how recruits feel when one day it’s one school and the next day it’s another. But the eight years spent here rally invested and really meant something. That means a big part.”

Marrow said the “last three days have been very hard” but decided “at the end of the day, I’m gad I stayed here.”

“It was hard,” he said during a press conference at halftime of Kentucy’s 67-62 win over Ole Miss Saturday at Rupp Arena. “I never thought an assistant coach would get this much attention, but it’s a thing where I’m glad it’s over.”

Marrow didn’t receive a lifetime contract, but praised Kentucky President Eli Capiluto and Mitch Barnhart and the athletics administration “that made it all come together.”

“I’m very happy with what they’ve come up with,” he said.

Marrow also said his decision to stay was based on his commitment to Kentucky’s players, most of which he recruited.

“When you sit in a lot of living rooms with parents, sometimes that doesn’t mean anything to some coaches but to me, it weighs heavy on me,” Marrow said. “A lot of the guys I recruited texted me. We say we’re a family atmosphere and that did play a big part. Also, this community played a big part. Normally I don’t think guys really pay attention to that stuff, but it really was the people in the community too. With all of their support. I really think this football family is getting strong.”

In moving forward, Marrow wants to continue adding on to the foundation at Kentucky.

“I talked to one of the top coaches in college football last night and said that we really have a lot going for us,” Marrow said. “For Kentucky to make the investment to keep me here is us going in the right direction, he told me. It says a lot about our administration. Like I said I want to thank those guys for being supportive and stepping up to keep me here.”

He also looks forward to getting back on the recruiting trail.

“It’s no secret that they’ll (Michigan State) battle because they want Ohio,” he said. “But I think it’s most kids should see I’ve been here now for eight years and have had the opportunity to go to different places and I like what we’ve built here. I’ll say again, it was tough. If it was anybody else, any other coach it would have been easy but that one was tough.

“To me, it’s a a thing where we have to keep recruiting Ohio hard. People have seen the success we’ve had. I just went to a high school clinic last week and more SEC schools were there because they’re saying Kentucky got players there so we should too. So, we need to keep our footprint there.”