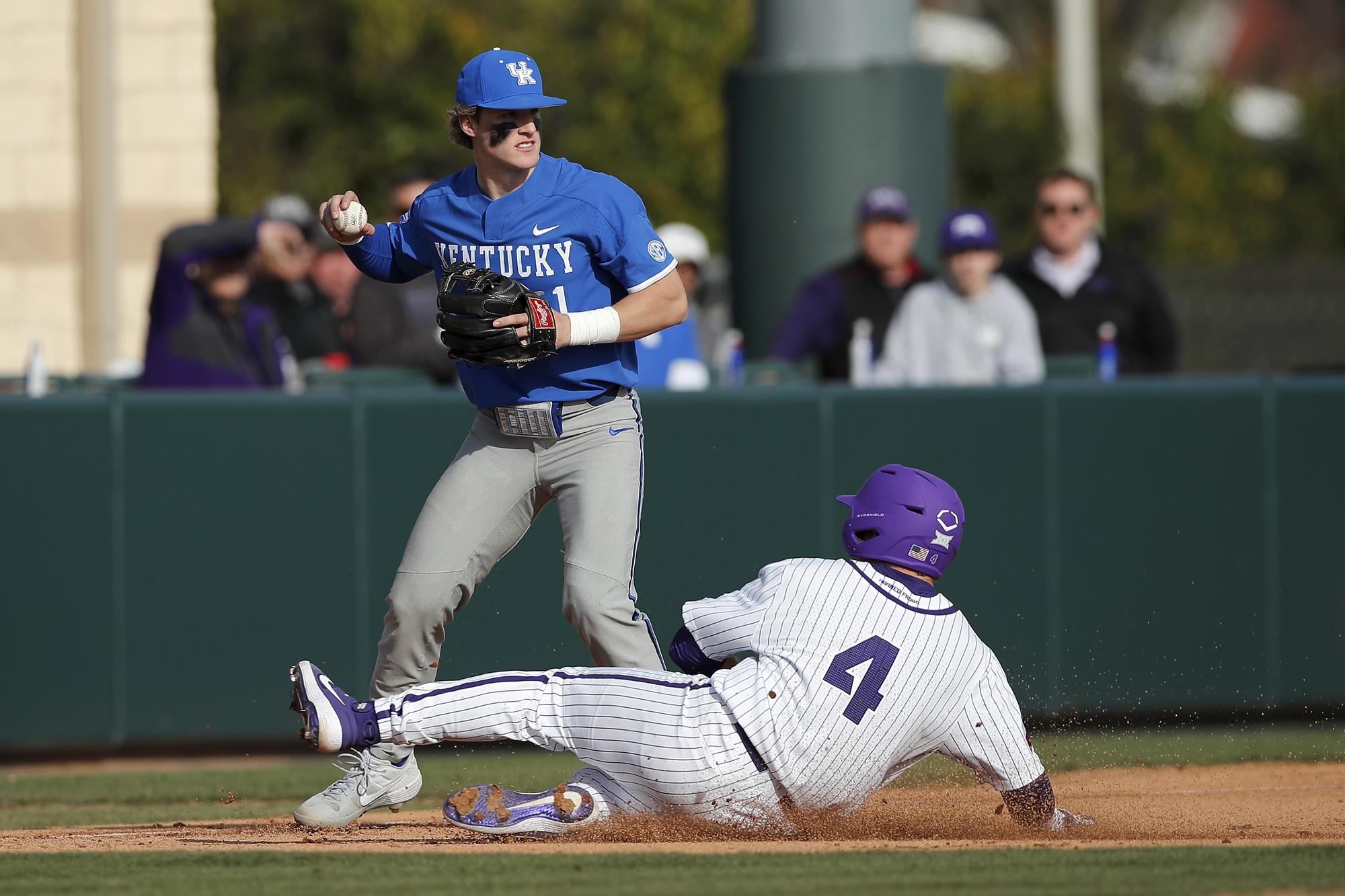 The breakout freshman belted a game-winning, walk-off home run with two outs in the ninth to give Kentucky a 9-8 victory over Murray State on Wednesday night at Kentucky Proud Park, delivering his biggest moment to date in what has been an impressive start to his collegiate career.

The Chattanooga, Tennessee native got just enough of a fastball from Jake Jones for the first home run of his career, willing it over the fence as it hit the padding on the left field wall and careened into the UK bullpen. It capped a three-hit night that also included a double and earlier saw him extend his reached base safely streak to seven consecutive plate appearances.

“I was looking fastball,” Rhodes said. “I got my swing off, capped (the ball) a little but thankful for the wind. (A game-winning home run is) something you dream about every night and it’s crazy that it came true.”

Rhodes’ home run gave the Wildcats (7-6) their second walk-off win of the homestand and second walk-off round tripper in Kentucky Proud Park’s short history. In two games this week, Rhodes has gone 5-for-7 with two doubles, four RBI and his game-winning home run while reaching base eight times in 10 trips to the plate (a walk and two hit by pitch).

The Cats showed impressive resolve throughout the contest, erasing a 4-0 deficit and then responding after Murray State tied the game with a pair of runs in the top of the ninth. Freshman Zack Lee picked up the first win of his career by stranding two inherited runners in scoring position after entering the game with two outs in the ninth.

Bottom 5th – Anu reached on a fielding error, advanced to second on a wild pitch, third on Rhodes’ groundout and scored on Golda’s SAC fly to CF. UK 8, Murray 6.