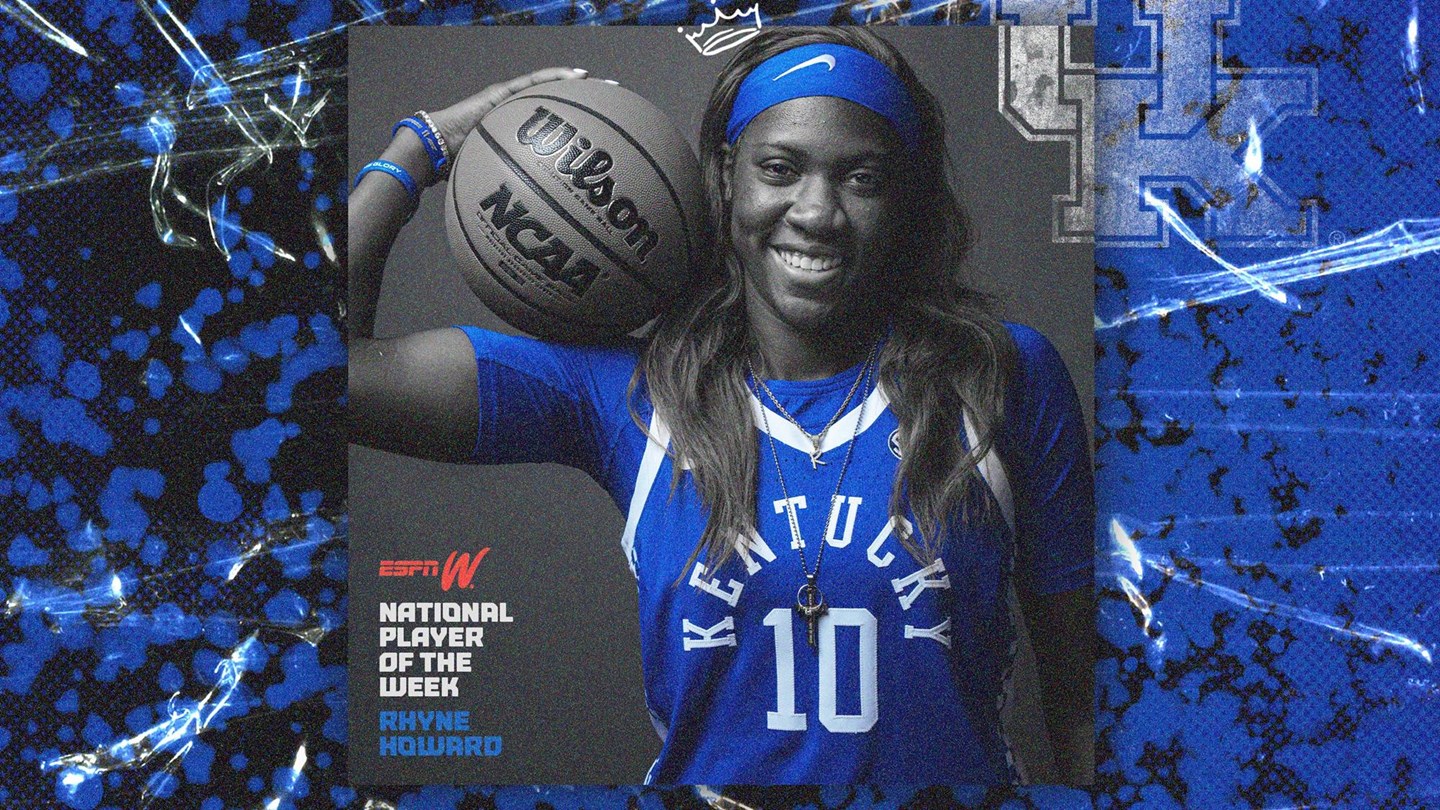 picture and graphic by UK Athletics

It was an impressive week for the sophomore guard who started the new year by scoring 28 points with six rebounds and two assists at South Carolina, which was the most points she had scored in a Southeastern Conference game in her career. She bested that performance Sunday against Tennessee, hitting a school-record tying seven 3-pointers with a career-best 37 points against the Lady Vols. Howard led Kentucky in points, rebounds (9), assists (5), steals (3) and blocks (2).

The strong performances were the third and fourth straight 25+ scoring games for Howard, becoming the first player to accomplish that feat since All-American Valerie Still did it during the 1980-81 season. Howard’s 37 points were the most scored by any SEC player this season and marked the most points scored by a UK player against Tennessee in program history. The native of Cleveland, Tennessee, becomes the fifth UK player ever to score 37 or more points in the game and the first since Makayla Epps had 42 against Mississippi State on Feb. 12, 2015.

For her career, Howard has 841 points, needing just 159 more to join Kentucky’s 1,000-point club. In 46 career games, Howard has hit at least one 3 in 41 games, scored 10+ in 39 games, scored 20+ in 19 games and led UK in scoring in 27 games. In early December, Howard was named the SEC Player of the Week by the league office for her impressive performances against Charlotte and Samford. That honor was the first of its kind from the league office for Howard, who last year set a new league record by being named SEC Freshman of the Week eight times.