Richards falls short of goal at UK, sets his sights on the next level 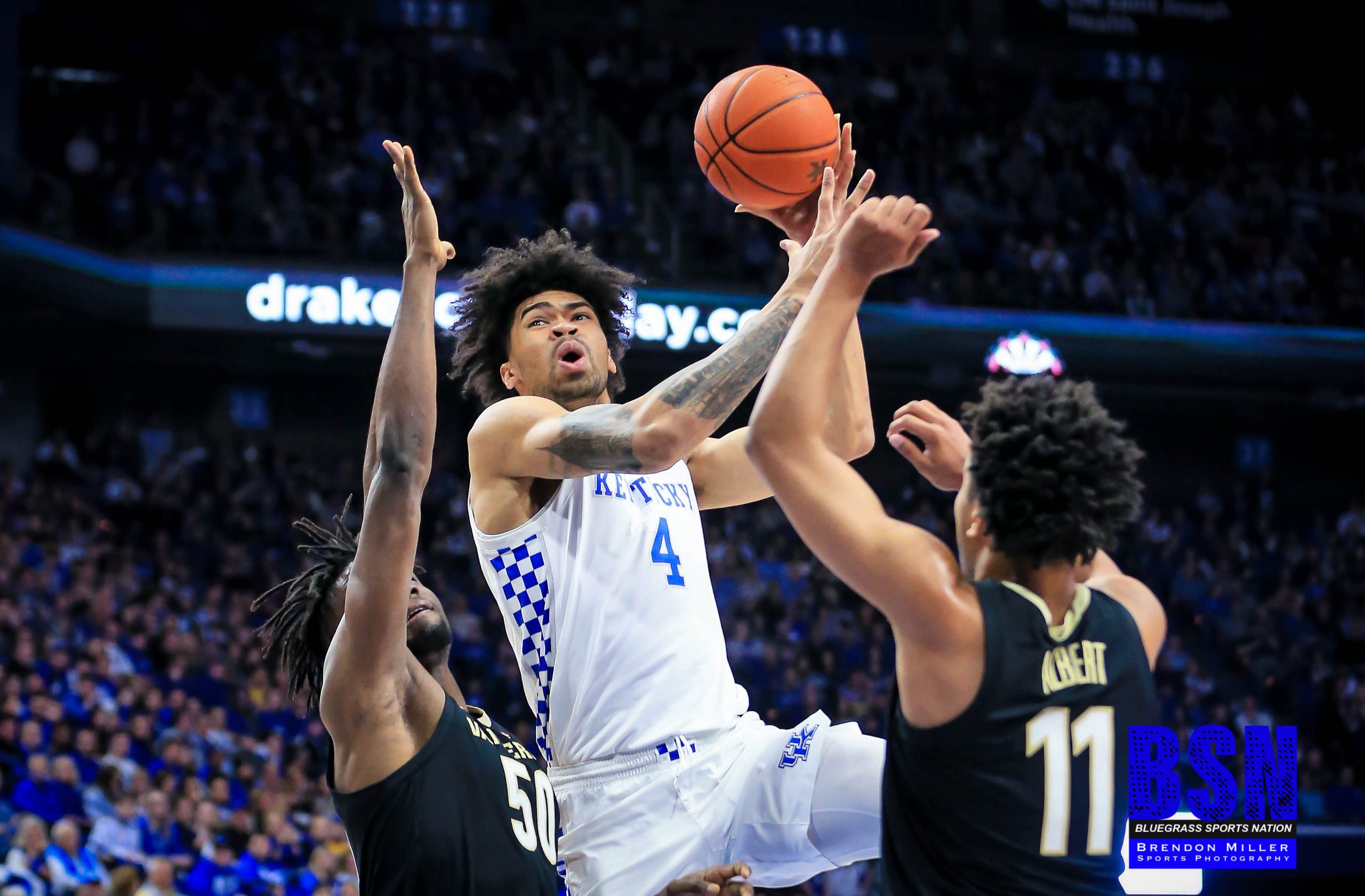 Nick Richards wanted nothing more than to compete for a national championship.

Although Richards fell short of reaching that goal during his three seasons at the University of Kentucky, he is ready to take the next step of his career and declared for the NBA Draft on Tuesday.

“I’m sorry we didn’t have the chance to play for one this year and bring a trophy home to Kentucky, and although I’d love nothing more than to achieve that goal, it is time for me to pursue my ultimate dream of becoming an NBA player,” he said. “I’m confident that I’m prepared for this step because of my time at Kentucky. I plan to forgo my remaining eligibility and will be signing with an agency. Thank you Big Blue Nation for welcoming me into your family. I heard your cheers and they meant everything to me. I hope you know I left it all on the court and will forever be thankful that I chose to play here — Go Cats.”

Richards declared for the draft last spring but opted to return for a third season and enjoyed a stellar junior season. Richards averaged 14 points per game and led the team in rebounding with 7.8 boards per game. He led the Southeastern Conference in field goal percentage with a 64.4 clip, ranking his fourth in the nation in that category.

“Of all the kids that we’ve coached who have elevated and benefitted from the culture we’ve built here, I would say Nick is at the top of the list,” Kentucky coach John Calipari said. “Nick’s ability to self-evaluate and block out the clutter for the last three seasons has shown incredible maturity. To be able to look inward and say, ‘I need more time and I wouldn’t trade this time at Kentucky for anything in the world,’ says a lot about Nick. What Nick has been able to do with his body, his mind and mastering his skills, it’s been incredible and rewarding to watch as a coach. It’s been a pleasure to see him grow into the player and the young man he has become, and he’s done it all because of his hard work and his dedication. It has all paid off.”

Richards realized his future began taking shape following a win over Texas Tech on the Big 12-SEC challenge in January and thanked “the best coaching staff in the country and amazing teammates” for his success this past season.

“I’ve continued to develop my game and improved each and every year. I told you then that I’ve had the time of my life suiting up for the best fans in the country and I stand by that. I’ve had the chance to meet incredible people and be pushed in all phases of my life,” he said. “That’s thanks to Coach Cal, KP (Kenny Payne), Tony (Barbee), Joel (Justus), Robes (John Robic) and each one of my teammates. I want to thank Rob (Harris), Michael Stone, our trainers, the managers and everyone who played a role in my development during my time at Kentucky. I also need to thank my family and (girlfriend) Leah (Edmond), who has always been my biggest supporters. Without you, none of this is possible.”

Calipari said Richards has left an impressive mark on the program.

“Nick will leave here as a fan favorite and deservedly so because of the way he’s handled himself both on and off the court,” Calipari said. “He’s become the best version of himself and I couldn’t be happier for him.”

Richards is the fourth Kentucky player to declare for the draft. Teammates Tyrese Maxey, Ashton Hagans, and Immanuel Quickley also have opted to forgo the remainder of their collegiate eligibility to remain in the draft.