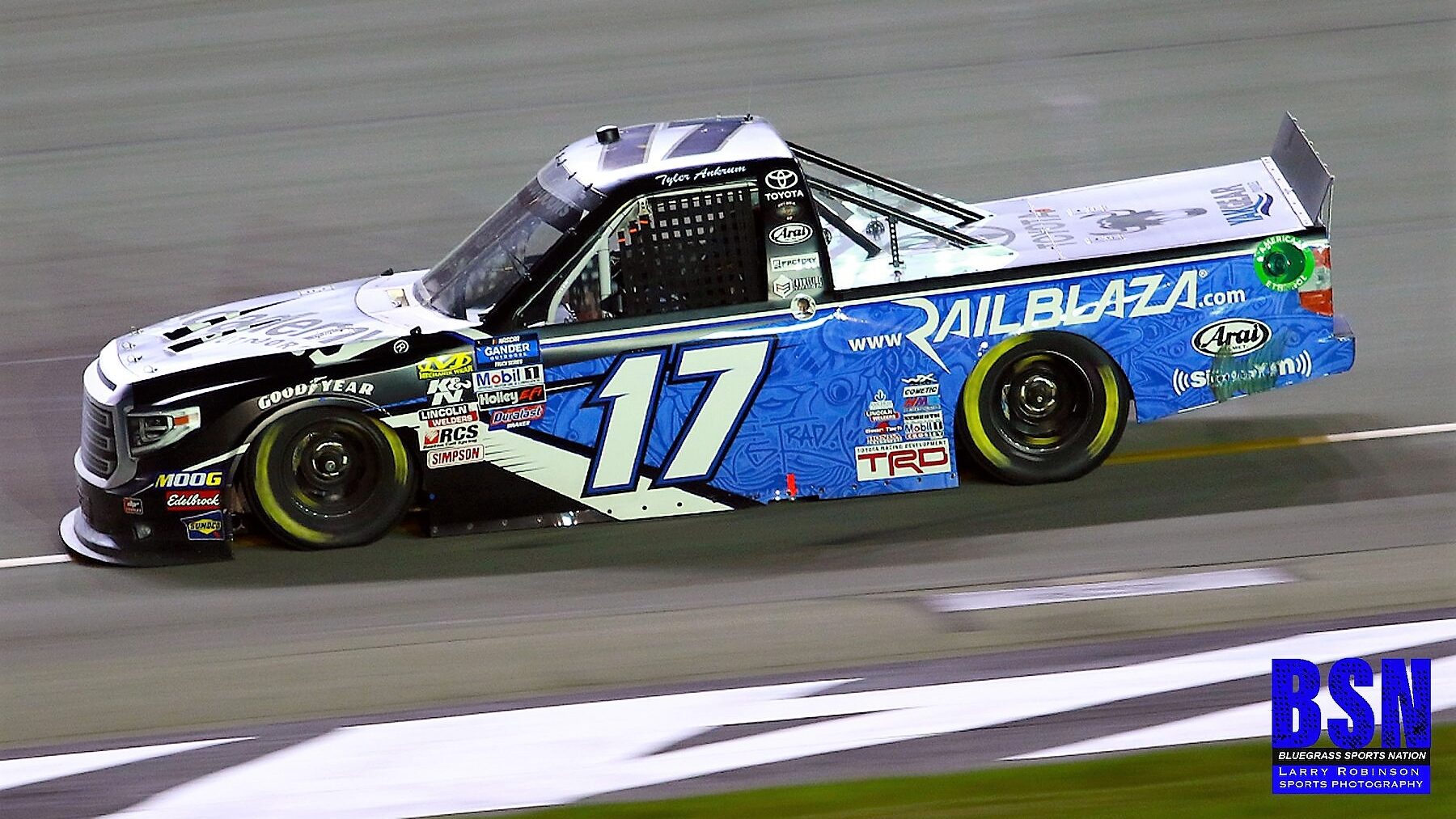 The Nascar Gander Outdoor Truck Series kicked off a Triple Crown Race Weekend, Thursday for the annual Buckle Up In Your Truck 225 hosted by the Kentucky Speedway.

Halmar Racing Team No. 52 Chevrolet Driven by Stewart Friesen was penalized during a pre-race inspection after a firewall issue was discovered by NASCAR Officials.  Friesen’s Chevy would be confiscated for review and ordered to start last in a backup truck. Stewart Friesen finished second behind Louisville native Ben Rhodes at last year‘s event.

Grant Enfinger – Driver of the No. 98 ThorSport Racing Team Ford brought home the pole and led the field to green.  Enfinger would relinquish the lead to Sheldon Creed’s No. 2 Chevrolet on Lap No.1.  A caution free Stage excelled Sheldon Creed’s bowtie to comfortably claim Stage 1 Checkers.

Aggressive driving began to take its toll in Stage 2 as No. 54 Toyota Driven by Natalie Deker and Spencer Boyd’s No. 20 Chevrolet brought out a multi-truck accident on Lap 41. A total of 4 cautions flags were present in Stage 2.  Pole Sitter Grant Enfinger attempting to claim the lead, initiated contact with No. 51 Brandon Jones on Lap 64 while both driver were contending for the same real-estate. Enfinger and Jones opportunity for the win was eliminated after their confrontation. Matt Crafton’s No. 88 Ford avoided track carnage, collecting Stage 2 honors.

With only 2 Laps remaining, 18-year-old Tyler Ankrum , Driving the No. 17 DGR-Crosley Toyota,  passed  leader Brett Moffitt as his No. 24 Chevrolet ran out of fuel  in the Final Stage.

Buckle Up In Your Truck 225    Final Results

Race No. 17 of the NASCAR Xfinity Series schedule locates back to the Kentucky Speedway, Saturday July 12th, 2019 for the Also 300 at Kentucky  7:30 pm  NBCSN .  Exclusive Sports Coverage brought to you by your Mountain Sports Connection-BluegrassSportsNation! Thanks to our sponsor PDQ Sales and Service (formerly Jackson Wholesale) for allowing us to bring you all the action!!!!