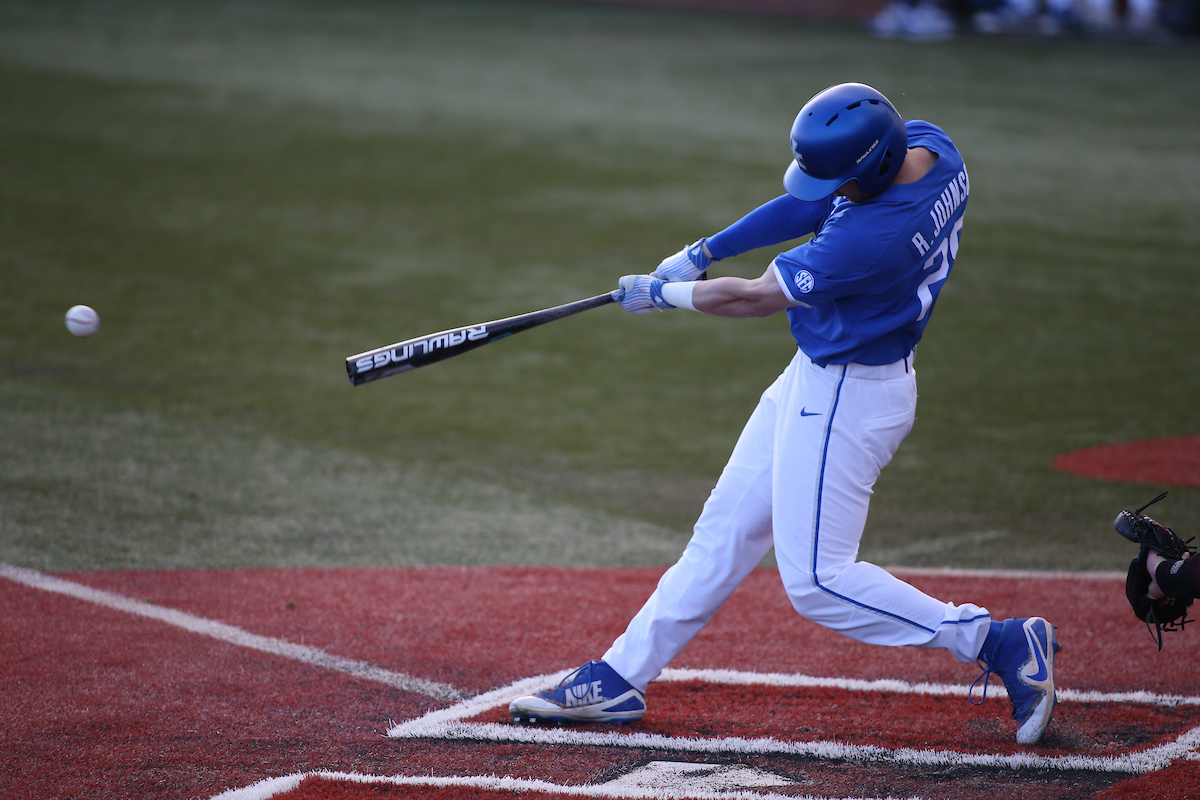 CATS get a win in Bowling Green!!!!

The Kentucky Wildcats got back on the diamond Tuesday night in Bowling Green, Kentucky taking on in-state Western Kentucky University. Kentucky is coming off a weekend sweep from the University of Tennessee where they went (0-3) on the weekend. Kentucky came into tonight’s game with an overall record of (20-20) and (4-14) in SEC play. Western Kentucky came into tonight’s matchup with an overall record of (18-19-1). Kentucky took the win earlier in the season against Western with a score of 15-0.

Dalton Marsh (2-1) got the start for Kentucky and J. Ciocco (0-0) got the start for Western. The Cats got on the board first in the top of the second inning, with M. Gei hitting a triple to right center, scoring Cam Hill. In the top of the third inning, Ryan Johnson hit a solo home-run to put the score to 2-0. Western battled back in the bottom of the fourth inning, with Nelson hitting a single through the left side, scoring Wilson. The Cat’s scored three more runs in the top of the fifth, with Zeke Lewis hitting a solo home-run to left field, Ryan Johnson hitting another solo home-run, Ryan Shinn scoring on a wild pitch to put the Cats up 5-1.

Kentucky got the win with a final score of 15-4. This win puts Kentucky to (21-20) on the season. Dalton Marsh got the win for Kentucky moving him to (3-1) on the season. J Ciocco got the loss moving him to (0-1) on the season. Kentucky travels to Gainesville, Florida this weekend as they take on SEC opponent, University of Florida. The game times for this weekend are Friday at 6:30 PM, Saturday at 6 PM, and Sunday at 12 PM. Florida is ranked fifth in the SEC East with a conference record of (7-11) and Kentucky is ranked seventh, which is last with a conference record of (4-14)