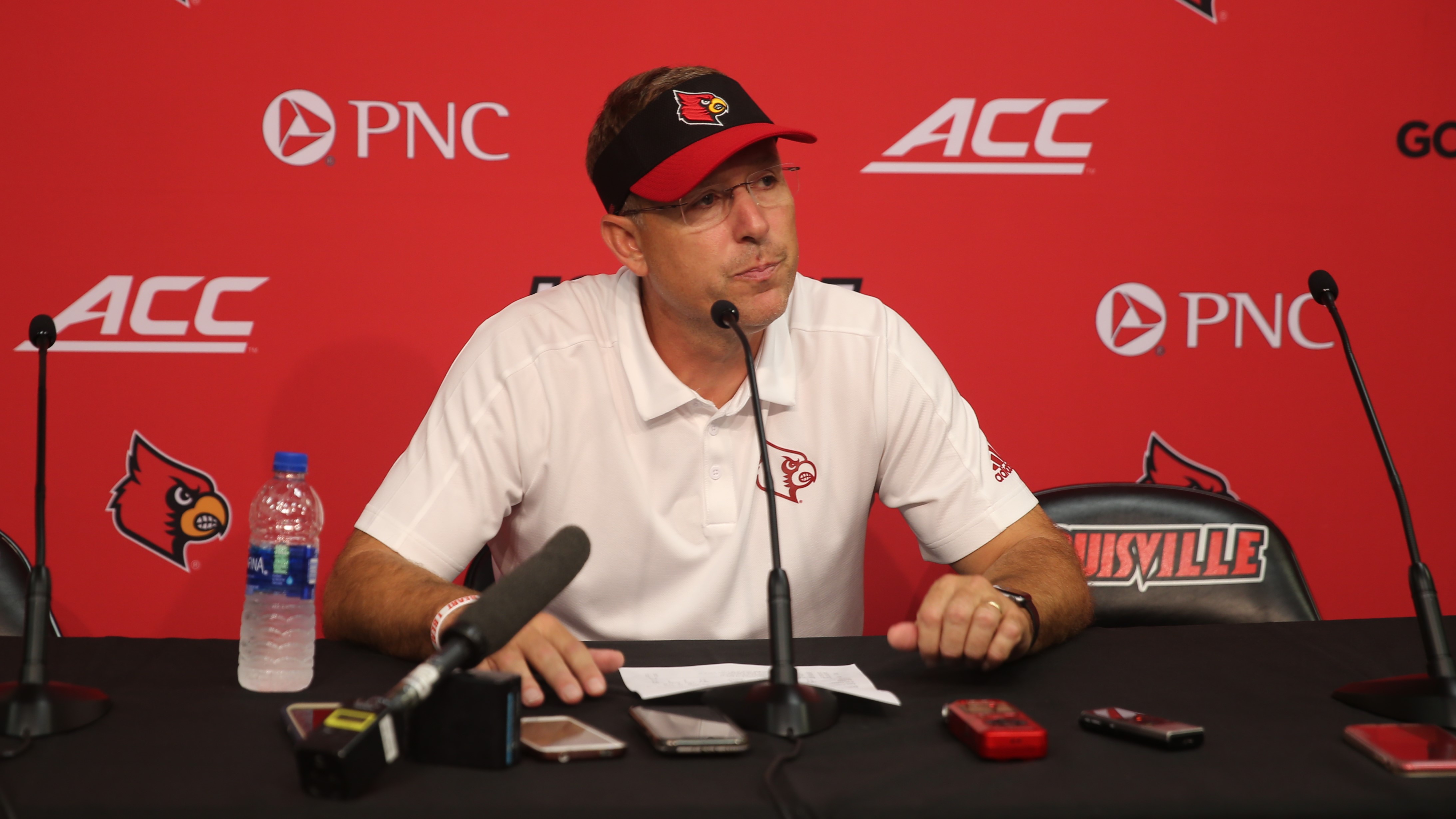 After the ACC revealed its plan for Football for the 2020 season, CARDS Head Coach Scott Satterfield gave his thoughts, “I’m thrilled with the positive news coming from the Atlantic Coast Conference about moving forward with a new scheduling model for the 2020 season. The proposed home and away schedule is extremely challenging, but very exciting at the same time. We now have a clear direction about the upcoming football season, and our program is just looking forward to beginning  those preparations next week.”

We will now await to see how the schedule evolves. The opener with NC State scheduled for September 2nd will not take place.

Season Model:
•    The season’s first games will take place the week of Sept. 7-12
•    The 2020 scheduling model includes 11 games (10 plus one: 10 conference and one non-conference)
•    All non-conference game opponents, selected by the respective school, must be played in the home state of the ACC institution, and all non-conference opponents must meet the medical protocol requirements as agreed upon by the ACC
•    The 11 games will be played over at least 13 weeks with each team having two open dates
•    There will be one division
•    Notre Dame will also play a 10-game conference schedule and be eligible to compete in the 2020 ACC Football Championship Game
•    All television revenue for the 2020 season, including Notre Dame’s home games broadcast by NBC, will be shared equally by all 15 institutions
•    The ACC Football Championship Game will be played on either December 12 or 19 at Bank of America Stadium in Charlotte, North Carolina, and will feature the top two teams based upon highest conference-game winning percentage
•    All 15 teams will continue to be part of the ACC’s bowl selection process; should Notre Dame win the ACC Football Championship Game they would be eligible for the Orange Bowl, if not selected as a College Football Playoff semifinal team
•    The 2020 ACC Football week-by-week schedule and television selections will be released in the future
•    ACC Football scheduling model is available here.