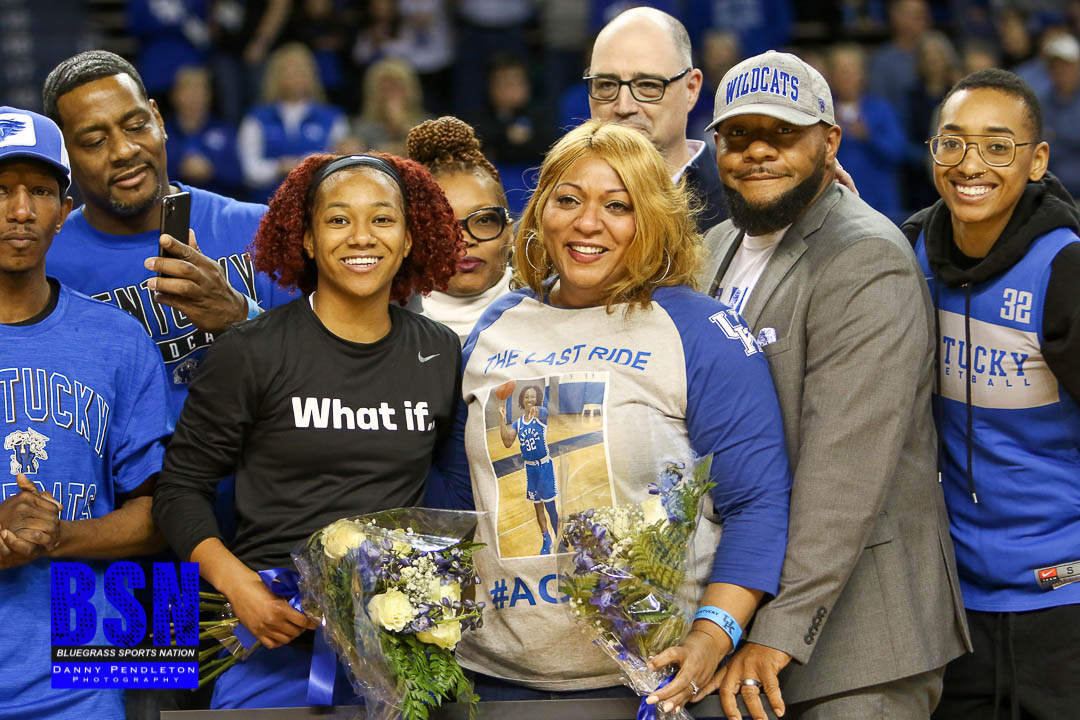 Kentucky (21-6, 10-5) got key contributions from three seniors, who were playing their final regular season game at home on Thursday. Sabrina Haines had 15 points, Jaida Roper had 14 and Ogechi Anyagaligbo had 10.

The Cats hit nine of their first 13 attempts from behind the arc on their way to making 12 of 27 (44.4 percent) for the game. UK forced 15 Georgia turnovers in the contest and were able to convert those into 22 points. Meanwhile, the Cats had just 10 turnovers and the Bulldogs had just seven points off those miscues.

Georgia scored first in the game on a three by Gabby Connally but Kentucky was able to grab a 4-3 advantage after consecutive layups by Anyagaligbo. Georgia would take a 7-4 lead before Kentucky got back-to-back threes from Howard and KeKe McKinney to lead 10-7 with 6:24 to play in the first.

Early in the second period, Kentucky was red hot from beyond the arc. Four of UK’s first five baskets in the period were for three as the Cats turned a two-point lead into a 39-25 lead with a 17-5 run.

Unlike the first half, both teams came out cold in the second half. Georgia missed its first five shots of the second half, while Kentucky missed its first seven. Despite not scoring from the field, UK actually increased its lead by making four consecutive free throw attempts in the period. McKinney scored UK’s first basket of the period on a putback with 5:03 left in the third to give the Cats a 59-48 lead.

Kentucky would extend the lead to 13 on a pair of occasions in the third, the last being at 65-52 with 2:45 left in the third period. But as they had done in the previous two quarters, Georgia mounted a comeback. The Bulldogs scored six in a row to get within seven, 65-58, with 1:28 to play in the third. The Cats would hold a 67-60 lead after three periods of play.

Early in the fourth period, Georgia would cut the lead to five, 67-62, on a layup by Kaila Hubbard. Kentucky quickly answered with an Anyagaligbo fast break layup to lead by seven. Maya Caldwell would get Georgia within five on a jumper, but the Cats would get four points in a row from Howard to make it 73-64 with 7:37 to play.

Kentucky would hold a 77-68 lead before a 6-0 run would put the game away. A three-pointer from McKinney and a layup and free throw from Howard gave UK an 83-68 advantage with 3:22 left in the game.

Kentucky returns to action on Sunday in the Cats’ regular season finale at Vanderbilt. Tipoff from Memorial Gymnasium is scheduled for 2:05 p.m. ET and the game can be seen on the SEC Network.