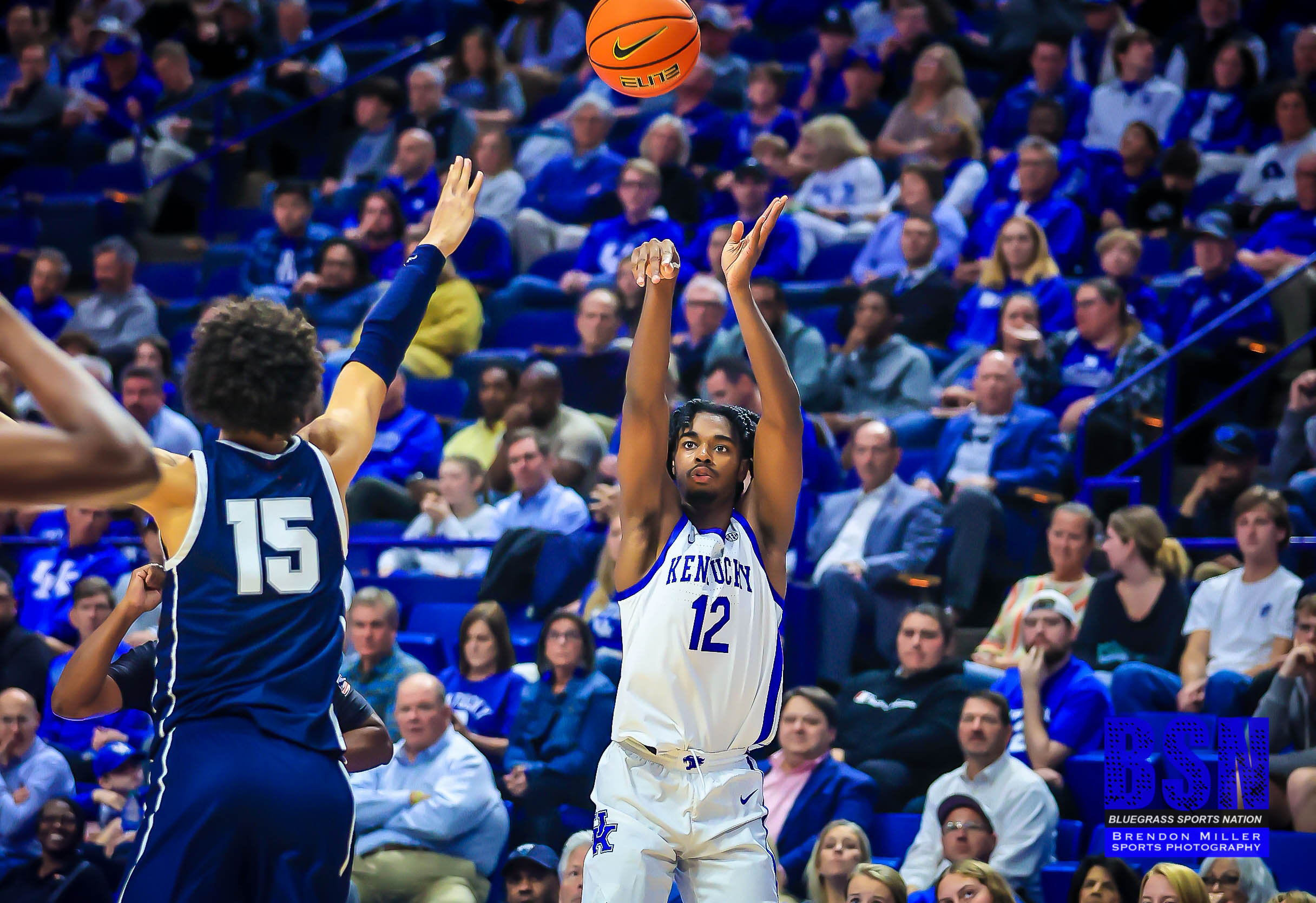 It was a night for celebrating in Rupp Arena. Not only was it the start of the regular season, but it was also a chance to celebrate the accomplishments of Oscar Tshiebwe. Before the game versus Howard, Tshiebwe was presented with a commemorate ball for scoring 1,000 points and representatives presented him with the 2022 Naismith Trophy. It was a great way to show Oscar how much the Big Blue Nation appreciates what he did last season and say “thank you” for returning.

The Wildcats opened the season missing three of the key players which included Wheeler, Tshiebwe, and Collins, but handled the Bisons easily 95 to 63. It looked like it was going to be a poor shooting night for the Cats who missed their first 5 three-point attempts, however, they hit five of their next six to push the lead to 49 to 26 at the end of the first half.

The Wildcats missed their first shot of the second half and gave up an easy layup on defense which prompted John Calipari to call a timeout 33 seconds into the second half. Whatever Calipari said in the huddle worked. The Cats scored the next 9 points and forced 3 turnovers. The Cats maintained a 30-point lead for the rest of game mostly because of their outside shooting.

Antonio Reeves led the Wildcats in scoring with 22 points. Reeves’ 6 three-pointers broke the record for most three-pointers hit in a UK player’s debut. After the game Calipari praised Reeves saying “what surprised me most about Reeves is his ability to play defense.”

As impressive as Reeves was tonight, Cason Wallace was the player of the game. Wallace flirted with a triple-double with 15 points, 9 assists, and eight rebounds. Calipari also complimented his ability to get those kind of stats while only having 2 turnovers.

Jacob Toppin had the only double-double for Kentucky with 15 points and 11 rebounds. CJ Fredrick scored 20 points in his 30 minutes of play and didn’t not commit a turnover.

It was an impressive performance from the entire UK team. The only complaint of the game is the 57% free-throw shooting. However, the rest of the offense was terrific that missed free-throws did not seem to matter.

The Cats next opponent will be Duquesne on Friday at 7 pm. The game can be viewed on the SEC Network.