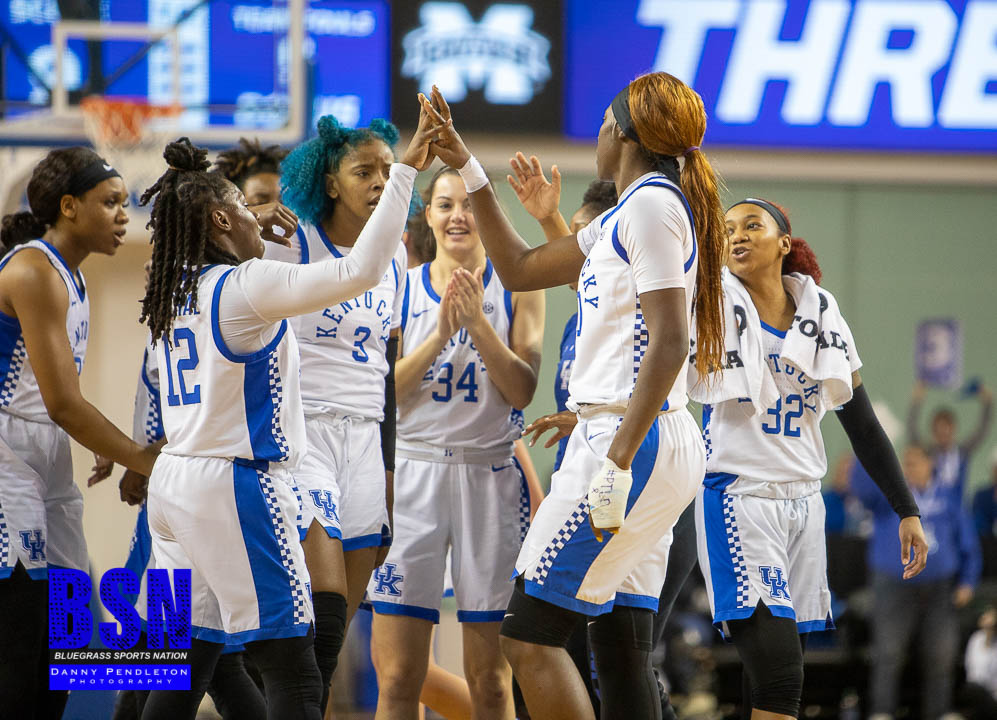 Howard with 12 for CATS.

Kentucky led by as many as five points in the first quarter, but South Carolina came storming back and held a 27-14 lead after the first quarter of play. The Gamecocks 27-point quarter came on 12-of-20 shooting from the floor.

The Cats found their footing early in the second half as a Rhyne Howard layup sparked a 9-0 UK run. The Carolina lead was cut to 31-25 with 4:47 to play in the first half. From there, UK continued to battle but Carolina took a 40-30 lead into halftime. Notes: Rhyne Howard led all scorers in the first half with 12 points. South Carolina scored 24 points in the paint; UK scored eight such points.

It will be interesting to see how the second half plays out.