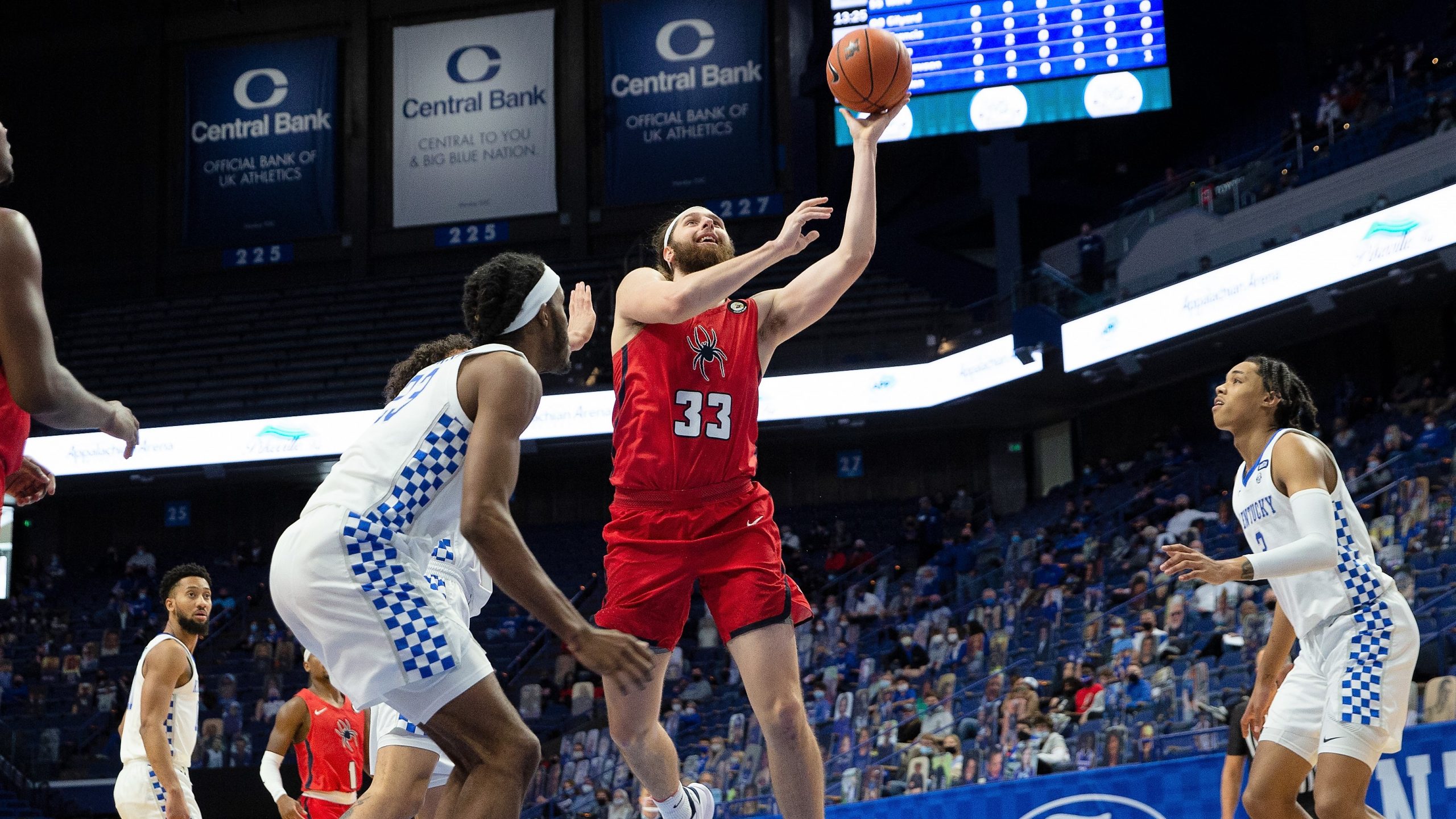 John Calipari can finally forget about Evansville. Now he has another loss that will haunt him for the rest of the season.

Slightly more than a year after the Purple Aces stunned the Wildcats 67-64 at Rupp Arena, Calipari’s squad suffered another early-season setback at home, this time to Richmond, which had never beaten a Top-10 opponent in its previous 25 attempts.

“It’s early and it’s young in the season,” Kentucky assistant coach Joel Justus said. “You’ve got to give some credit to Richmond and how they played defense. They imposed their will on games many times before tonight … this is an opportunity for our guys to learn. I think we will grow and get better from this.”

Sparked by a big second half, the veteran Spiders made their first trip to Rupp Arena a memorable one with a 76-64 victory over the No. 10 Wildcats in the Bluegrass Showcase. The Wildcats defeated Morehead State 81-45 to open the season and couldn’t counter Richmond’s experience down the stretch.

Once the Spiders (2-0) grabbed the lead for good with 15 minutes remaining, the Wildcats played from behind as Richmond build a double-digit lead it never relinquished. The Spiders shot 59 percent from the field and made five of their seven shots from long range during the final half to create a degree of separation between the two teams down the stretch.

Kentucky led 32-28 at the half and fended off nine ties and 11 lead changes but shot just 30 percent in the second half. The shooting struggles from behind the arc in the opener, carried over as the Wildcats failed to make a 3-pointer on 10 attempts.

Kentucky also struggled from the free-throw line making just 20 on 33 attempts and connected on just 10-of-16 from the charity stripe in the second half. The Wildcats committed 22 turnovers, and just five assists, all of which occurred in the first half.

“The biggest lesson we learned is we’ve got to hit free throws and take care of the ball,” Boston said. “We’ve got to play as a team. If this had to happen, I would rather it happen now than later. The next game, I feel like we will come out with a fresh mindset.”

Terrence Clarke scored 15 points for Kentucky and had 13 of those in the second half.

Kentucky has little time to regroup before taking on Kansas on Tuesday in the State Farm Champions Classic in Indianapolis.

“It’s the second game of the year and we’ve got to pick our heads up, because we’ve got a lot of games coming (to play),” Sarr. “We’ve got to learn from our mistakes and just move on.”