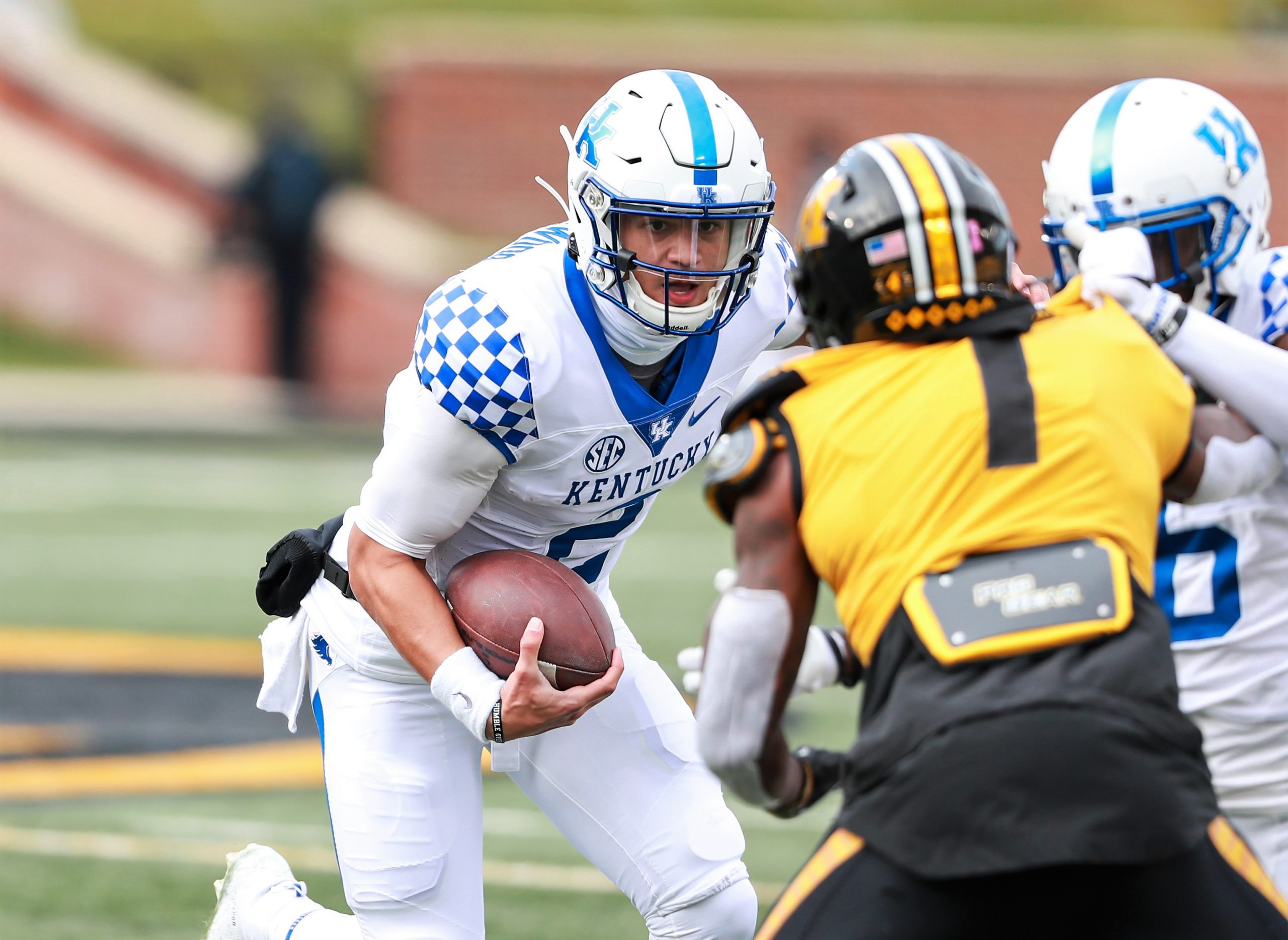 Kentucky football coach Mark Stoops is expecting good things from Joey Gatewood when he makes his first start at quarterback against No. 5 Georgia Saturday.

The Auburn transfer saw action in Kentucky’s 20-10 disappointing loss to Missouri last week and has been called on to start in absence of starter Terry Wilson, the starter for the first five games who injured his wrist against the Tigers.

“Joey’s the starter and he has the keys, it’s his (and) he’s the starting quarterback,” Stoops said. “But you never know how things are going to go through throughout the game and when opportunities are going to present themselves. I anticipate Joey going out there and playing well.”

Gatewood will give the offense a different look against the Bulldogs, who had a bye week following a 41-24 loss to Alabama on Oct 17. Stoops said Gatewood is a “big, strong guy” and a signal-caller who can make “all the throws.”

“He’s a different style than Terry,” Stoops said. “Terry is maybe higher, a little faster, top end and, you know,, quicker. But Joe is one of those big, strong runners and can get some good yards for you that way. So I’m looking forward to seeing what he can do.”

Stoops isn’t sure when Wilson injured his wrist, but said, “with the type of injury that he has, it’s not very helpful for him as far as practicing and being to handle the ball, hold the ball and throw it properly.”

With a new quarterback in place, the Kentucky coach doesn’t anticipate any changes to the team’s offensive schemes, especially since Gatewood has already been getting reps as the No. 2 quarterback this season.

Coming off the disappointing loss at Missouri, Stoops was pleased with how his team responded to the setback in practice this week.

“It’s been a good week practice,” Stoops said. “Everybody in the program was not very pleased with the outcome this past week in the way we played and our preparation and the whole nine yards. So much better this week. And hopefully, it’ll translate to the way we play on Saturday.”

Georgia defeated the Wildcats 21-0 a year ago in Athens and has won 10 in a row in the series between the Southeastern Conference Eastern Division foes. Despite the dominance in the series, Georgia coach Kirby Smart isn’t taking the contest for granted.

“They play with great physical toughness across the offensive and defensive lines,” Smart said. “They are really big and stout. I thought they did a really good job against us last year in terms of their defense, and their defense is one of the best in our conference. They’ve done an excellent job of preparing for teams. We’ve got a lot of respect for them in the kicking game — one of the best punters in the country that’s able to flip the field and do a lot with that.”

Stoops is hopeful his team can rebound from the showing at Missouri last week.

“I feel I still feel very strong in the leadership of this group,” he said. “I know we’ll get out there and play and compete the way we’re used to. I am confident we will do that.”