Stoops, CATS Move Past Florida, Set Sights on Next Opportunity 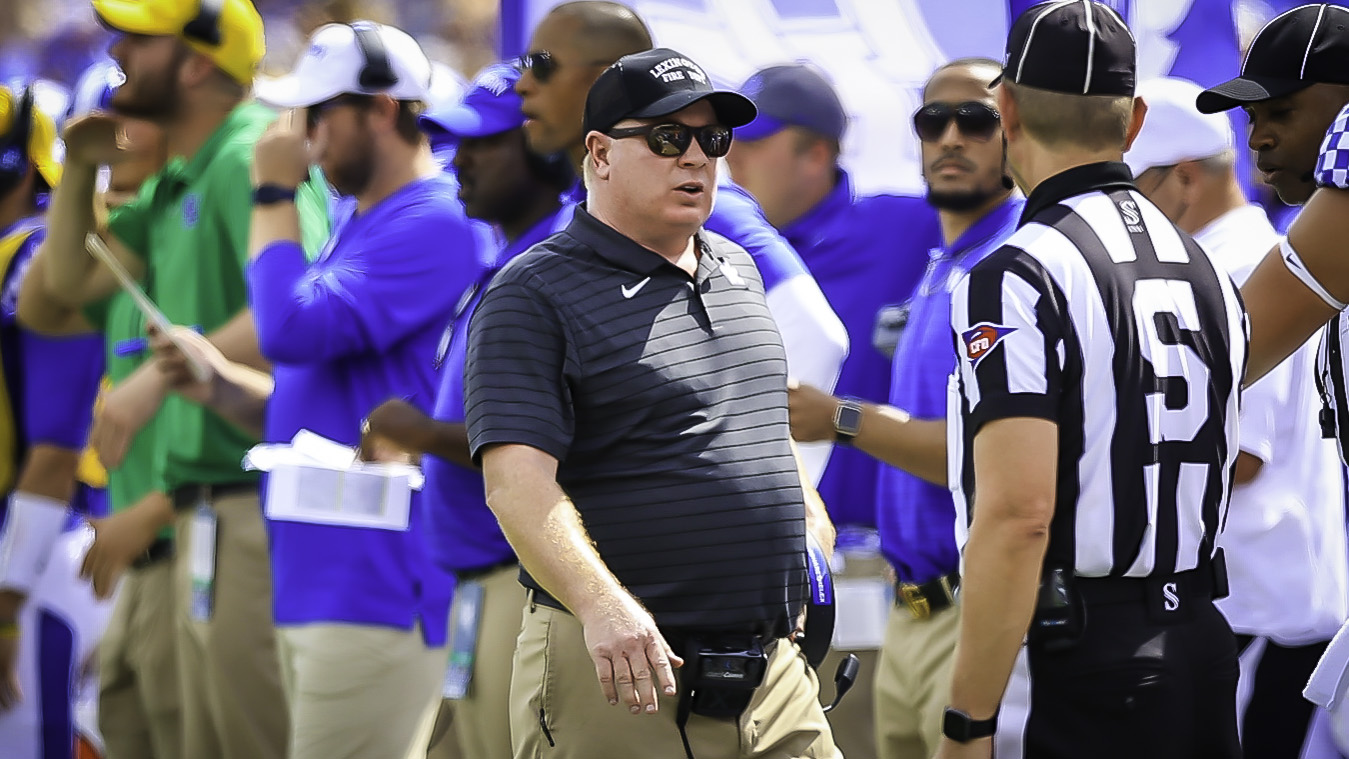 Mark Stoops has already forgotten about Kentucky’s upset of Florida last week and already has his sights set on LSU.

“This is the next opportunity, so we have to put that to bed really quick,” Stoops said Monday. “Certainly, the coaches did, back in the office working yesterday, and we’ll be excited to see our players today and get back on the practice field and get ready for the next opportunity.

Kentucky (5-0, 3-0 Southeastern Conference) goes into the contest against the Tigers as a ranked team and will make its debut at No. 16 following the win over the Gators. Stoops doesn’t mind the lofty expectations that will follow after opening the season with five consecutive victories.

“I have said that and believed that since I walked in here,” Stoops said. “That’s not lip service when I sit up here and say we expect to win. That’s no discredit to anybody. I say every week I’m here, I can venture to say if you look back, on the respect that I have for the coaches and the league. If you don’t, then you’re not very bright. It’s a very competitive league with very good coaches and very good players.”

Stoops continues to carry that belief even though his squad is turning heads, locally and nationally, through the first half of the season.

“All I can worry about is us. I promise you I (came) in the building yesterday morning to compete to win the football game,” he said. “I don’t care who we are playing and that’s just the way we are going to go about our business.”

Jacquez Jones was named Co-SEC Defensive Player of the Week after recording nine tackles — One for a loss, a quarterback hurry and a pass breakup that preserved the win over the Gators. Josh Paschal was named Co-SEC Special Teams Player of the Week after his blocked field goal led to a 76-yard touchdown return by Trevin Wallace last weekend. He has blocked three kicks in his collegiate career.

Kentucky’s upset of Florida last Saturday proved to be costly after fans stormed the field after the final buzzer. The SEC fined the school $250,000 on Monday for a third offense violation that broke the league’s access to the competition area policy.

The policy states ‘access to competition areas shall be limited to participating student-athletes, coaches, officials, support personnel and properly credentialed individuals at all times. For the safety of participants and spectators alike, at no time before, during or after a contest shall spectators be permitted to enter the competition area. It is the responsibility of each member institution to implement procedures to ensure compliance with this policy.”