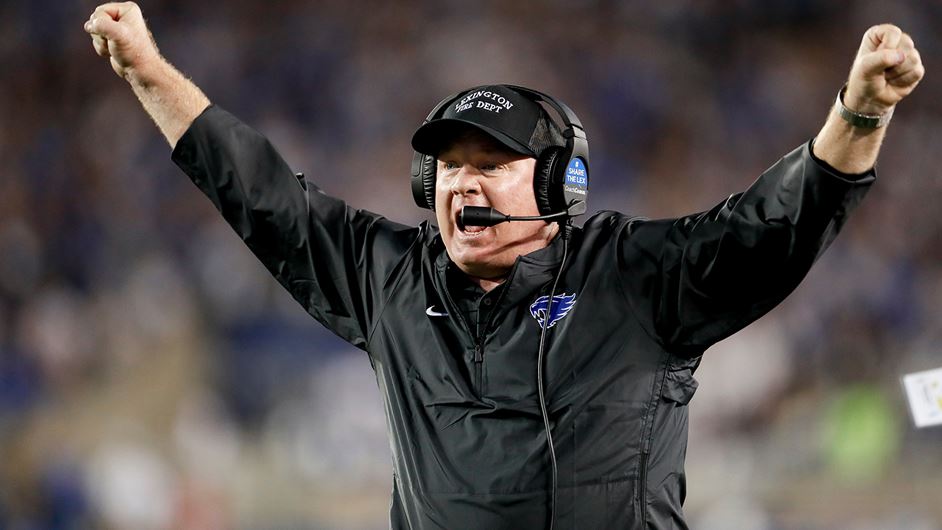 Kentucky has started the season by winning its first six games, the first time that has happened in Lexington since 1950. On Sunday, the Cats moved up to 11th in the country in both the Associated Press and AFCA Coaches Polls.

Now, the Cats face their biggest challenge of the season so far. Kentucky hits the road to face top-ranked Georgia on Saturday in a game that’s drawing a ton of attention.

ESPN’s College Gameday will be in Athens, as will SEC Nation. The game is being played in the SEC’s prime spot each weekend, a 3:30 ET start on CBS.

UK head coach Mark Stoops knows his team faces a big challenge but he also knows they have earned the right to be in this position.

“We’re going to need to play our very best,” Stoops said on Monday. “We’re worried about ourselves and our preparation. If you want to continue to play in big games, take care of what’s in front of you.”

The task in front of Kentucky this week is taking on the best team in college football through six weeks of the season. Georgia, like Kentucky, is 6-0 and has looked good in getting there. Stoops has been impressed by the Bulldogs.

“What Kirby (Smart) has done there and the team that he has put together, you see why they’re ranked the number one team in the country and leading and dominating in the defensive statistical categories,” Stoops said. “And playing extremely well offensively. Will also hurt you at any given moment in special teams. They’re playing very well in all areas.”

But it’s the Georgia defense that has been particularly dominant. When asked if the Bulldogs were the best defense in the country, Stoops didn’t argue with the premise of the question.

As for his Wildcats, Stoops hopes that the more experienced players will remember playing in Athens two seasons ago.

“The leaders, the guys who have been here, they understand the situations and learning opportunities,” Stoops said. “I believe, as an organization, you get better with every opportunity.”

And as for facing a hostile crowd this week inside Sanford Stadium, Stoops hopes that his team’s past experiences can be helpful.

“They prepared for it, going on the road to South Carolina,” Stoops said. “Obviously, this is a much different team, much different environment but hopefully, we learned from that experience as far as our operation, our preparation.”

“You know, sometimes guys feed on that, too, even though it’s hostile,” Stoops said. “There’s something different about it. You have to do it. So, even though you’re going into some tough environments, you better embrace it. I said a long time ago, run to the roar. Enjoy it. They’ll be rocking. Better embrace it and play at a high level because you can’t hide from it.”

The Cats are not hiding from anyone and are ready to embrace the opportunity in front of them this week.